Honda: We don't know if we'll be smiling or crying on Sunday

Honda's Masashi Yamamoto has given his thoughts ahead of the manufacturer's final F1 race weekend in Abu Dhabi. 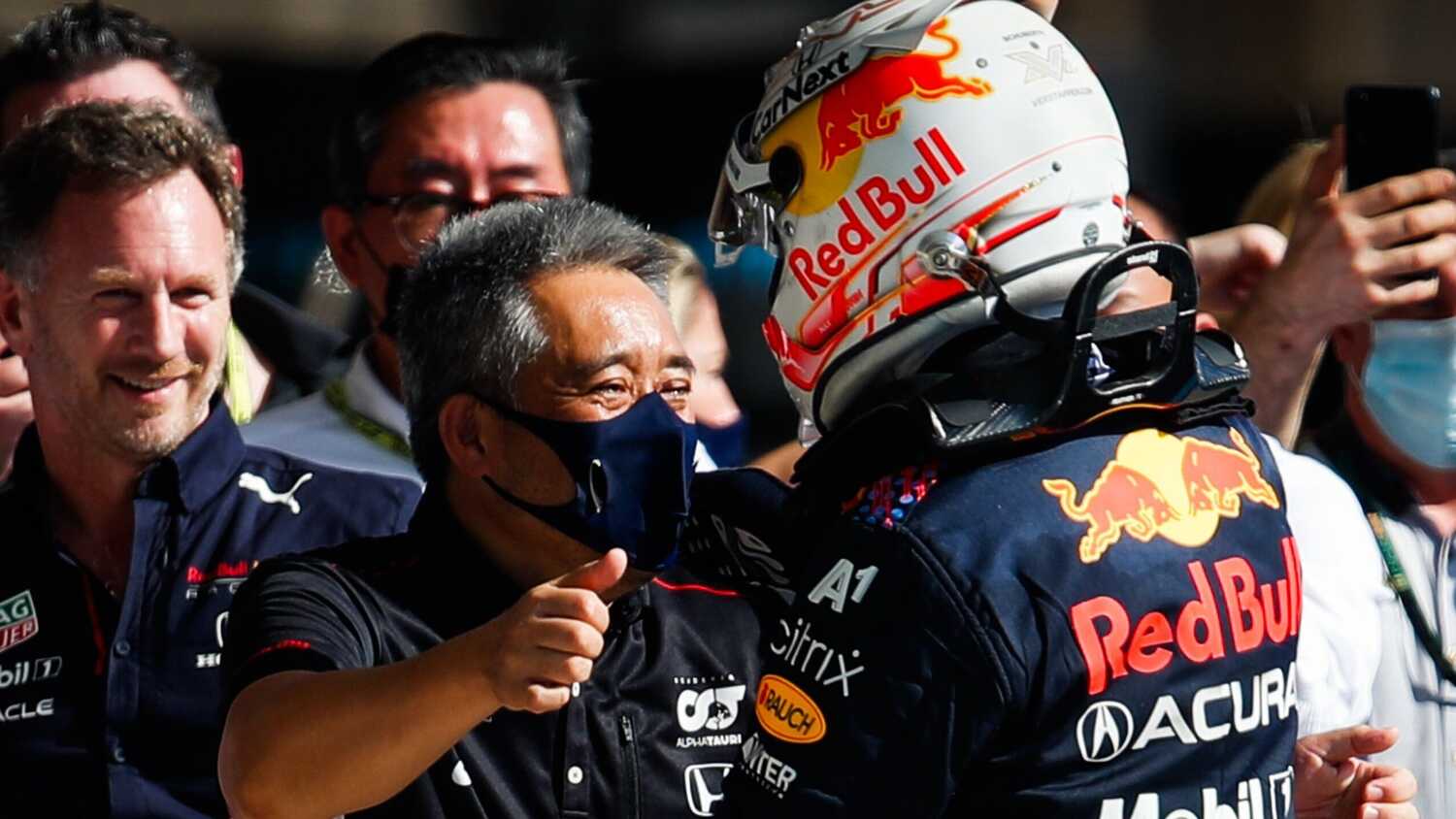 Honda Chief Executive Masashi Yamamoto says the manufacturer are prepared for a weekend of "mixed emotions" at the Abu Dhabi Grand Prix, while pushing flat out to secure both F1 world titles with Red Bull.

Honda returned to F1 as McLaren's engine partner back in 2015 but struggled for performance and reliability, leading to a split after three seasons.

However, when Honda teamed up with Toro Rosso (now AlphaTauri) in 2018, and the senior Red Bull squad followed suit a year later, significant progress was made - enough for Red Bull to challenge for title glory this season.

Prior to the final outing of their latest spell in the sport, Yamamoto paid tribute to the efforts at Honda over the years to move into this position.

"Even if our time in this sport is coming to an end, our commitment to performing at our best this weekend is as strong as always," said Yamamoto.

"Honda returned to Formula 1 in 2015 and the project did not always go smoothly, with many highs and lows, and it was very tough, especially in the beginning.

"When I think back to those early days, I am very proud that today we are going into the last race of our final year, about to fight for the championship."

As it stands, Max Verstappen and Lewis Hamilton are level on points in the Drivers' Championship (with Verstappen holding a victory countback advantage), while Mercedes lead Red Bull by 28 points in the Constructors' standings.

"Winning the titles has been our dream and we have progressed towards it step by step," added Yamamoto.

"Now, that dream is almost within our grasp, but I honestly do not know if we will be smiling or crying after Sunday's race.

"All our team members will go into this weekend, alongside our colleagues at Red Bull Racing and Scuderia AlphaTauri, ready to show Honda's challenging spirit.

"We will be following our dreams all the way to the chequered flag, dreams we share with our fans who have supported us through the bad times as well as the good. We know they will be with us as we chase this dream to the very end and we thank them for that."