Honda will be pleased with how qualifying for the Emilia Romagna Grand Prix played out. Sergio Perez, Max Verstappen and Pierre Gasly will all start in the top five, with Yuki Tsunoda the only blemish after an accident in Q1. 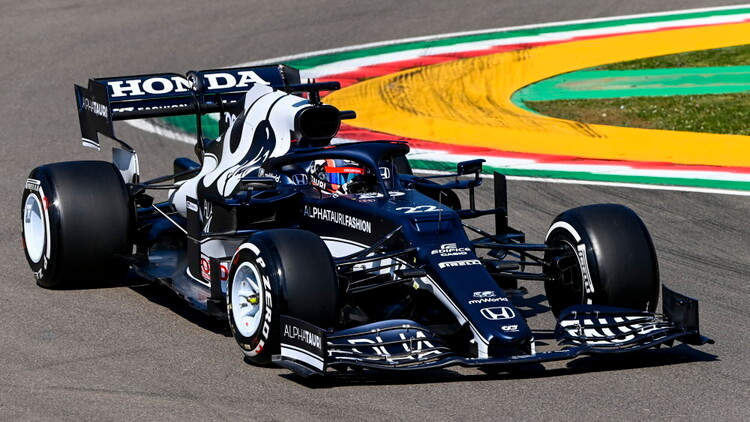 Although Lewis Hamilton will start from pole, it was a strong qualifying for Honda-powered cars with three cars starting in the top five for Sunday's Emilia Romagna Grand Prix.

Sergio Perez will start on the front row for the first time with Max Verstappen finishing just behind his Red Bull teammate in third. Pierre Gasly claimed the fifth fastest time in the AlphaTauri, with the lone blemish being Yuki Tsunoda's crash in Q1 meaning he'll start from the back of the grid.

"This was an exciting qualifying session and by the end, there were three Honda powered cars in the top five," Honda boss Toyoharu Tanabe stated. "For Red Bull Racing Honda, Sergio did very well to secure his very first Formula 1 front row start, while Max did not get the perfect lap, but his time was still very close to the front two.

"In the Scuderia AlphaTauri Honda, Pierre drove well to take his second consecutive fifth place grid position. So all these three drivers have a good chance of making it to the podium tomorrow.

"Yuki’s crash means he will start from the back of the grid, but his performance over the rest of the weekend was not bad, so we expect him to have an aggressive race and move up the order."

Perez and Gasly will both start with soft tyres while Verstappen progressed to Q3 on mediums, which he will start with tomorrow.