Hill: Verstappen got suckered in by Hamilton

It was a race to remember in Bahrain with Lewis Hamilton getting the better of Max Verstappen. Damon Hill praised the Mercedes driver for using all of his experience to stay in front of the fast charging Dutchman. 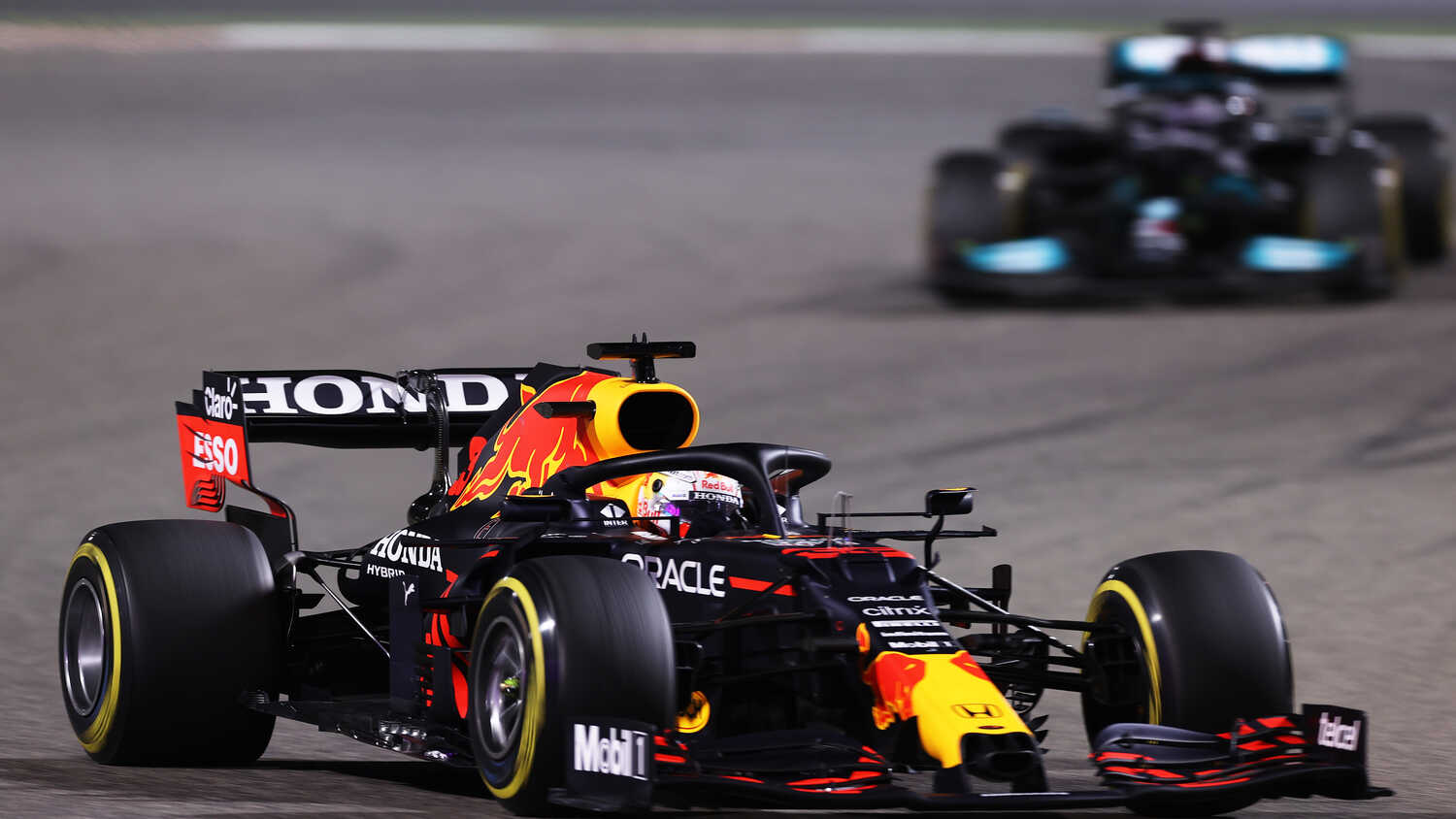 Former F1 champion Damon Hill believes Lewis Hamilton used everything in his bag of tricks to stay ahead of Max Verstappen at the Bahrain Grand Prix and take victory for Mercedes.

The reigning champion started the race in second after qualifying almost four tenths back of the Dutchman's Red Bull. However Lewis managed to find himself ahead of the fast charging Verstappen with just a few laps to go. Hill credits the Mercedes star for goading Max into a move at Turn 4 with four laps remaining, as he knew he was forcing the Red Bull into a defensive position.

"I think Max will look back at this race and think about how he could have done it differently," Hill stated on the F1 Nation podcast. "Nevertheless, he got suckered in. Lewis absolutely sold him a dummy and he went.

"He went around the outside and Lewis knew exactly what he had to do. The moment Lewis moved to the right hand side, after passing the back marker, I thought 'that's a bit strange, it's opening the door wide open for Max'.

"What he did was he put Max back in a defensive position. It looked great going around the outside of Lewis Hamilton, a very tempting offer thank you very much. But of course, Lewis knew all he had to do was use up all the track and squeeze Max. Then Max had the pressure on him, because he knew he had to give it back and maybe he gave it back a little bit too soon."

Hill believes Verstappen will be second-guessing himself regarding the attempted move, while Lewis will be thinking he got the better of the young star.