Hill unsure why Verstappen assumed Hamilton would leave him room

Max Verstappen's attempted pass on Lewis Hamilton at the Italian Grand Prix resulted in both cars retiring from the race. Damon Hill doesn't see why the Dutchman assumed he'd be given more room, considering he never had his nose ahead. 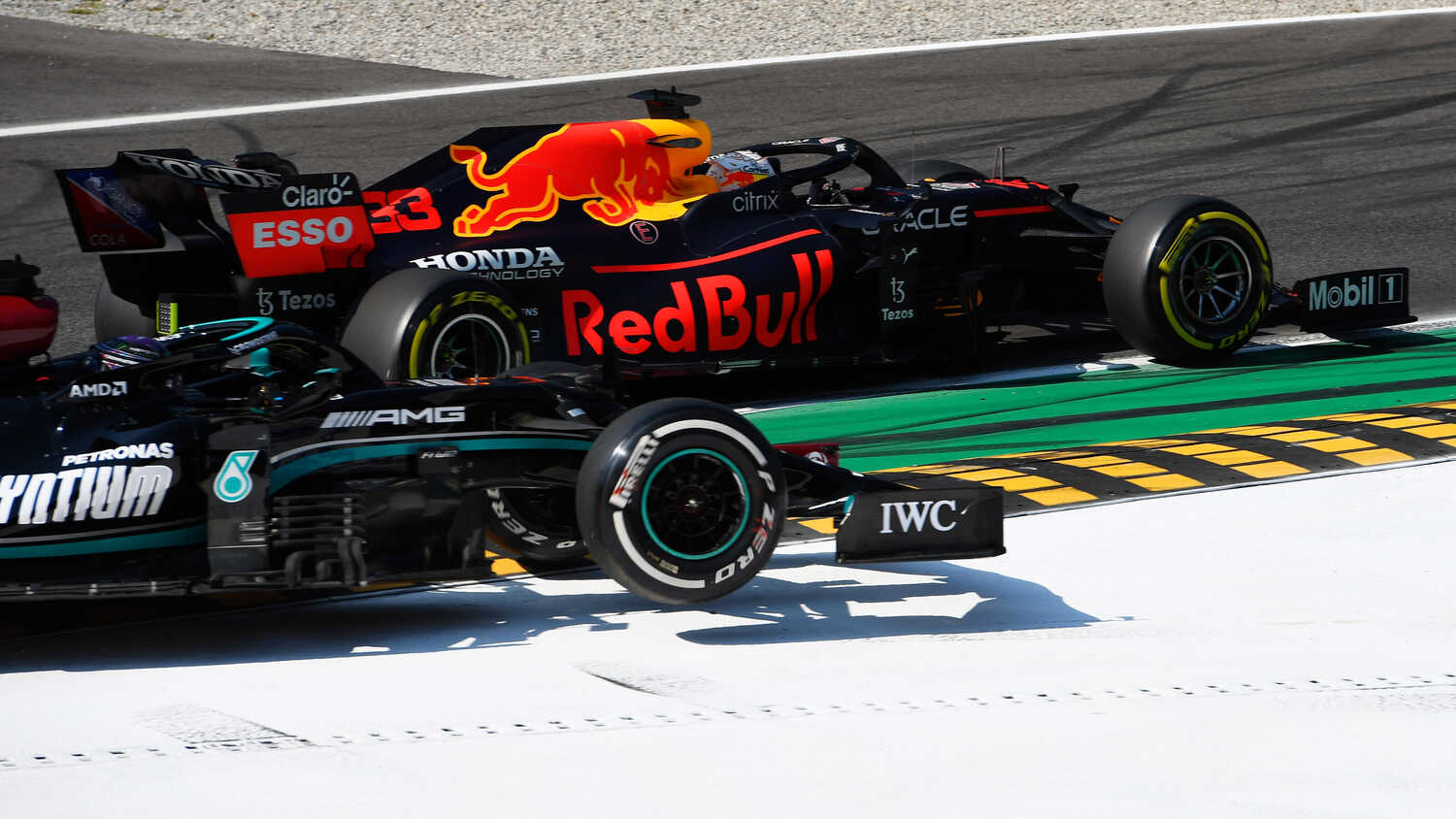 Damon Hill was surprised by Max Verstappen's assumption that Lewis Hamilton would give him enough room before colliding with the Mercedes driver at the Italian Grand Prix.

The two championship rivals avoided contact on the opening lap at Monza, but they came together in spectacular fashion at the first chicane on Lap 26, with Verstappen's Red Bull landing on top of Hamilton's car.

Hill noted that had he been in Verstappen's shoes, he wouldn't have assumed Hamilton would give him space to make the corner, given that the Dutchman never had his nose ahead going through the first right-hander.

"Why would he do that?" 1996 World Champion Hill wondered while speaking on the F1 Nation podcast. "He never even had a nose ahead. Lewis was always in front, he always had that corner.

"From the point of view of the cockpit, of someone who's raced, if I wasn't a nose ahead going round the first right hander, I would not assume that the guy on the outside is going to let me through.

"I would assume he's going to go for the apex and I better get the hell out of there, because otherwise, I'm going to lose my front wing, or we're going to collide. But then I'm not Max Verstappen."

Fellow F1 Nation host Tom Clarkson took a different approach to Verstappen's attempted pass, stating it just isn't in his nature to concede a corner given he saw an opportunity to make it stick.

"Once he [Verstappen] was alongside that sausage kerb, he couldn't bail out because he risked damaging his car if he turned left at that point," Clarkson stated. "If you're a racing driver, I'm going to sound like Ayrton Senna, you have to go for a gap.

"I think Max is one of the most 'racy' racing drivers, isn't he? And for him to bail out, he had to bail out so early in that chicane, that I think that just doesn't compute with him. I think that explains why he stayed in it, and ultimately, the crash was inevitable."