Hill thrilled after emotional reunion with his championship winning Williams

Damon Hill drove an F1 car on track at a Grand Prix for the first time in ten years at the weekend, as he was let loose in his championship winning 1996 Williams. 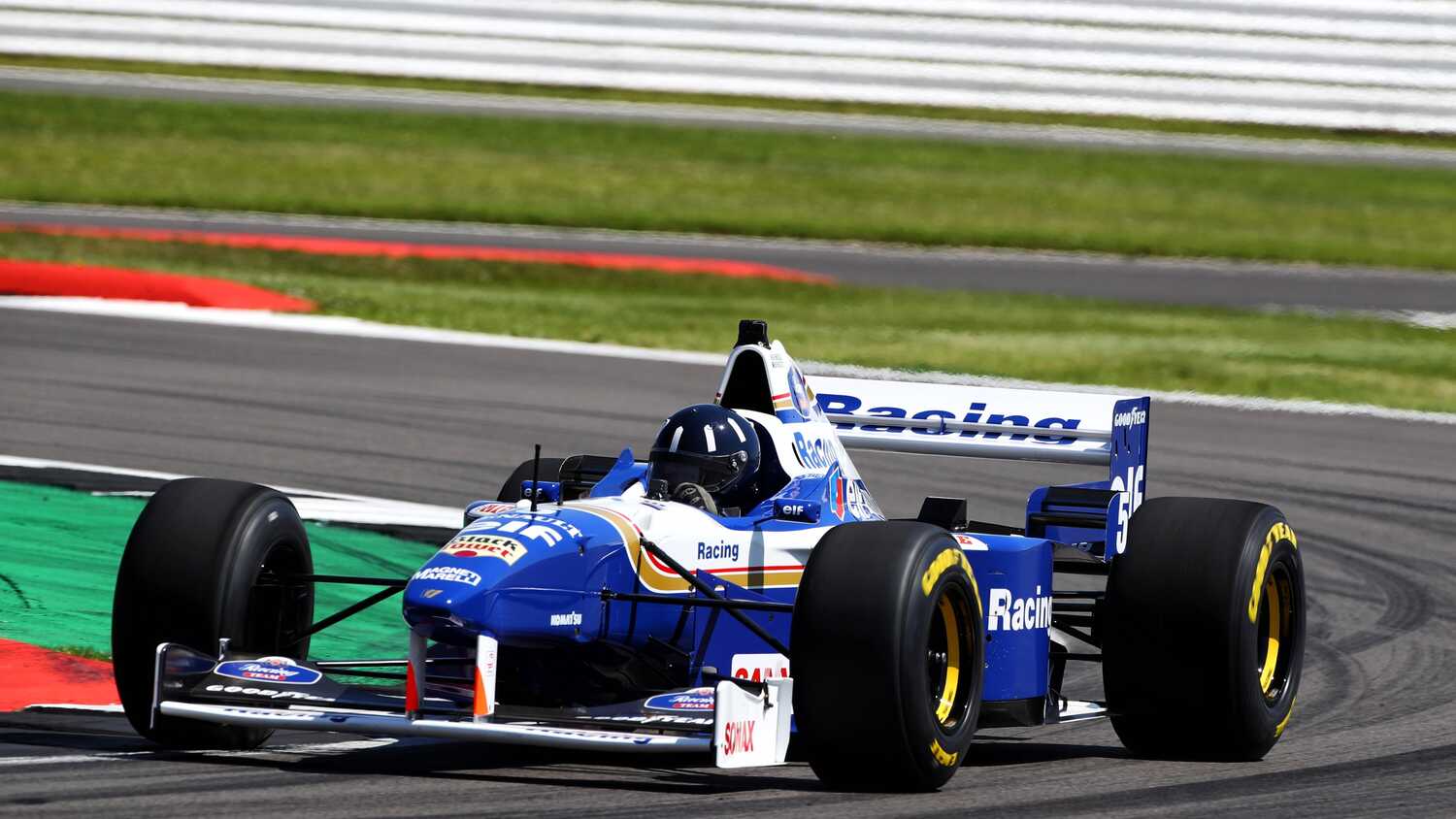 1996 Formula 1 World Champion Damon Hill was let loose for what he described as an 'emotional' reunion with his World Championship winning Williams FW18 at Silverstone over the British Grand Prix.

Hill, together with the Williams Heritage Department, thrilled the home fans as he donned his famous black helmet and climbed into the 1996 Williams for two laps of the Silverstone circuit.

"It was brilliant, Williams Heritage managed to get it running and get it out there for a display of older cars," Hill explained on the F1 Nation podcast.

"There was some other cars out there as well. But it was the first time I've been out, I think, on a track since Bahrain 10 years ago when they had the 60th celebration. So getting back in my old championship winning car for a few laps was a big thrill. And my neck is still hurting and I only did two laps!"

25 years on from winning the title in that car, Hill revealed the memories all came flooding back as he clambered in.

"I slotted straight in, back into that fabulous car, it was built for me, it was a bespoke car, my one and only bespoke car," he said.

"I'm either withering away or I'm not putting on any weight but anyway I slotted in ok, it was such a nice feeling! Such a great sounding car as well and all the vibrations and the smells, and I had Bob Davis and Colin on my car as well who were there, back in the day so nice to see my number one mechanic and guys looking after the car and I felt completely safe there because they do such a good job.

"I think with that particular car I'm very attached I think there's an emotional connection because you live those experiences in that tiny little world. So tremendous, loved it!"