Lewis Hamilton put in a great recovery drive to finish second at the Emilia Grand Prix, a welcome result for the Mercedes driver given he started the race from pole. Damon Hill wonders whether Lewis' mistake during the race came as a result of the pressure put on him by rival Max Verstappen. 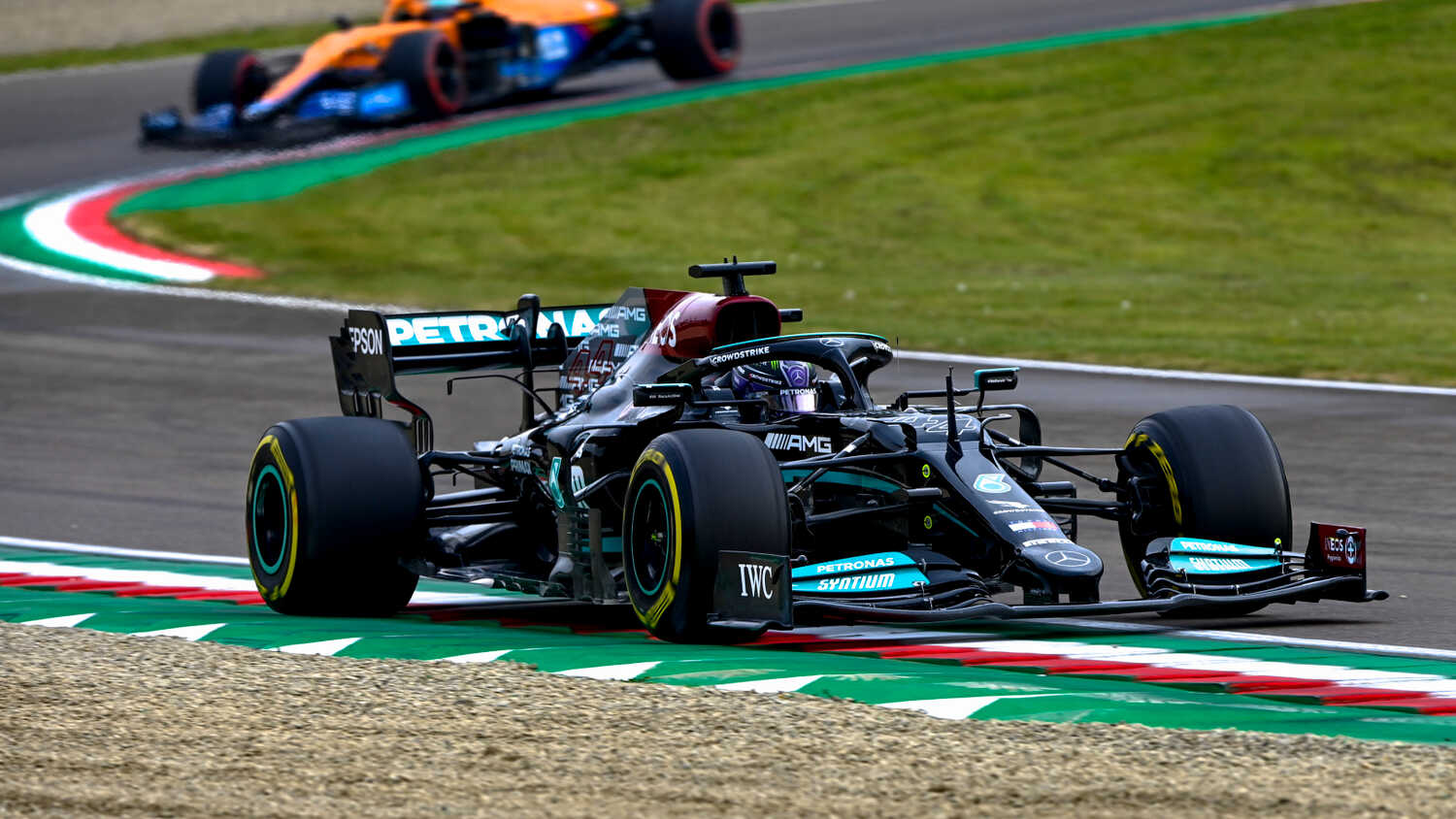 Although Lewis Hamilton started the Emilia Romagna Grand Prix on pole position, Damon Hill believes Max Verstappen's early pass put the Mercedes driver on the back foot for the rest of the race.

Hamilton battled back to finish second after a rare mistake that saw him go off track and fall down the order. While the Mercedes driver put in a fine performance to make his way through the grid, Hill believes Hamilton was thrown off by Verstappen's early pass just corners into the race.

"It set up a little bit of a crisis for Hamilton," Hill stated on the F1 Nation podcast. "I think he probably expected to be threatened more by [Sergio] Perez on his right, but actually it was Max who was extremely brave off the line, who actually put a wheel right on the very edge of the track.

"However he kept his foot in it and got alongside Lewis going into turn one and then forced Lewis to go around the outside. I was watching that and thinking 'Lewis no, no, no, not there'.

"I think he should have conceded the corner because I think it was quite clear that Max had the inside line, and it was inevitable that Max was going to use all the track and Lewis had nowhere to go. That really put him on the back foot for the whole of the rest of the race."