Lewis Hamilton has stated that he is not actively pursuing a record-breaking eighth world title and that he is focused on enjoying his time in Formula 1. 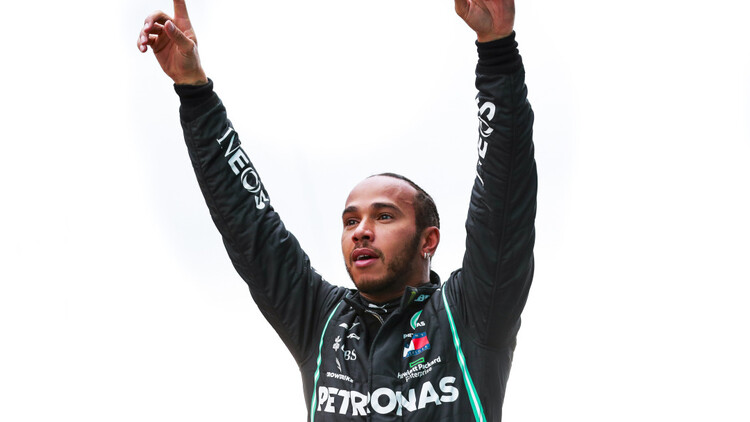 As he stands on the cusp of greatness, Mercedes driver Lewis Hamilton says he is unconcerned by records and that he is focused solely on making the most of driving a Formula 1 car.

With Hamilton signing only a one-year extension on his contract, several individuals have posited a theory that the Briton could retire at the end of the season if he claims a record-breaking eighth world title. Hamilton however is clear that the championship won't be the deciding factor regarding his future in F1.

"I don't want that (an eighth world title) to be the deciding factor," Hamilton told RacingNews365.com among others.

"I don't think that's necessarily going to be the one deciding factor whether I stay or keep going I think it's more whether when I put that helmet on, I still have that smile when I leave the garage, it's going back to the do you enjoy it?"

A team Hamilton could potentially join in the future is Ferrari, the seven-time world champion has been linked with the Italian brand in the past though nothing concrete has ever come to fruition. Hamilton offered his take on how he thinks the Maranello-based team might perform in 2021.

"The Ferraris obviously were previously strong if they can get their engine right," Hamilton said.

"I heard they potentially have a new engine, maybe things would turn around for them. It will be interesting to see how they perform in terms of consistency and deliverables throughout the year."

Hamilton is definitely the favourite for the 2021 world championship. The Mercedes driver has performed at a phenomenal level over the past few seasons and there is no reason to believe any of the other drivers on the grid will be able to stop him from claiming his record-breaking eighth world title.