Hamilton's epic Turkey comeback: The race that propelled him to stardom

Istanbul Park has played host to two of Lewis Hamilton's greatest ever drives. While his victory at the 2020 Turkish Grand Prix is still fresh in everyone's mind, RacingNews365.com looks back at his epic GP2 performance from 2006. 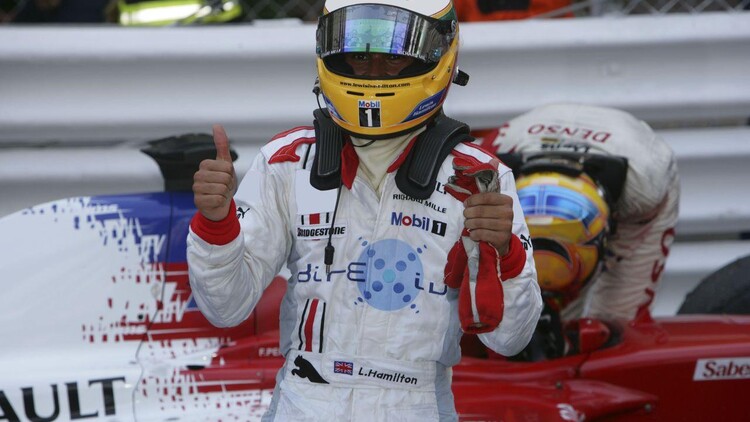 As impressive as Lewis Hamilton's victory at last year's Turkish Grand Prix was, you could argue that it may not have even been his best performance at Istanbul Park.

F1 heads back to Turkey this weekend for the second year running, and it's a country the Briton certainly has fond memories of. Hamilton secured his seventh World Championship in Istanbul last season, but it was his stunning drive in wet and low-grip conditions to clinch it that stands out less than one year later.

The Mercedes driver started down in sixth, made his way to third, and then found himself back in six at the end of the opening lap, with an error at Turn 9 proving costly.

In the end, the slow start did little to stop Hamilton in his quest for F1 history, as his decision to stay out on heavily worn Intermediate tyres proved the difference.

Opting to stay on track for 50 laps with the same set of rubber, Hamilton's tyres looked more like slicks by the end of the race. However, his unmatched ability to manage tyre wear and temperature meant he took a famous victory, one that many believe was amongst the finest of his F1 career.

It's almost crazy to even suggest, then, that the win might not have been his finest in Turkey.

For that, we need to go all the way back to 2006 when Hamilton was still driving for ART Grand Prix in the GP2 – now known as F2 – championship.

Carrying the form that saw him claim a dominant F3 title the season before, Hamilton's lead over Nelson Piquet Jr. in the standings had shrunk from 26 to just six points ahead of Turkey's Sprint Race. Piquet had claimed the Feature Race win at Istanbul Park, meaning the pressure was on Hamilton to keep the Brazilian at bay.

The two started the race side-by-side in seventh and eighth, though Piquet managed to get the better of his rival off the line. They eventually touched on the opening lap as Hamilton battled back, but he couldn't make the move stick.

Things went from bad to disastrous on Lap 2, as Hamilton spun after taking too much kerb around the downhill Turn 4. While Hamilton was able to avoid stalling his car, he had to wait for the rest of the field to pass him before rejoining the race. 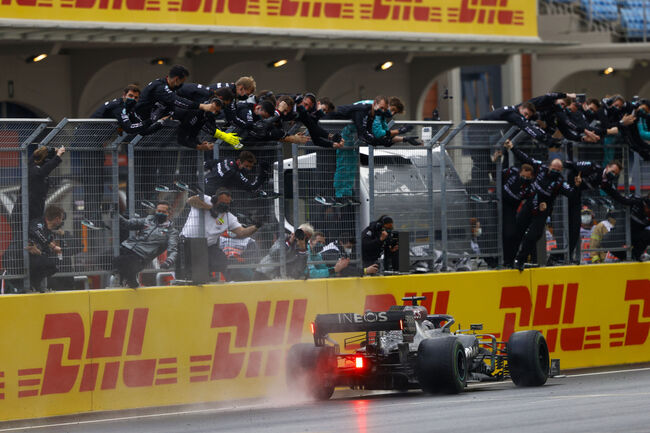 By the time Hamilton was pointed in the right direction, he was down in P19, but what followed was a mighty fightback that put everyone in the world of motorsport on notice. By the end of that same lap, LHamilton had already managed to pass three drivers.

By Lap 4 he found himself in 12th, while he began to work on the gap ahead of him after reaching 10th on Lap 6. His relentless charge meant that by Lap 14 he was fifth, just two seconds behind Piquet, in what seemed like an impossible scenario just a few laps earlier.

As Hamilton worked in perfect harmony with his ART car, it's no surprise that he passed Piquet a lap later, as he was circulating 1.3 seconds faster at that point of the race.

While Piquet managed to briefly take the spot back when Hamilton was caught out while wrestling with Timo Glock for third, it proved to be a minor blip on what was an epic comeback.

"I had great battles with Lewis, especially in Turkey, we were wheel-to-wheel, battling for a couple of corners," Glock said about that race. "It was hard but all the time fair. He was just charging through the field and nearly everyone didn't really fight him.

"The trouble for me was we had the wrong top gear, because from Saturday to Sunday the wind direction changed; we didn't think it would be a big effect, so I was down on top speed and had to fight hard against Piquet.

"Then Lewis turned up and I had to battle the two of them. When Lewis attacked I was so pi**ed due to lack of top speed, I said, 'OK you are going to have a hard time passing me'. That's what I tried and it turned out to be a great battle over a couple of corners side-by-side!"

From there, Hamilton once again pulled up alongside Piquet, taking advantage of the tow into Turn 12, before closing the door on his championship rival in emphatic fashion.

Hamilton sped away from both Piquet and Glock, passing Adam Carroll for second on the final lap. He finished the race just three seconds back on winner Andreas Zuber, an incredible achievement considering there were no pit-stops or tyre strategies at play.

The fact his fastest lap was 0.854 seconds quicker than anyone else shows that while the rest of the grid shared the track with Hamilton that day, he was simply in a class of his own in terms of performance.