With Lewis Hamilton already signed to Mercedes for another two years, his father Anthony believes that the seven-time World Champion will continue for as long as he is still enjoying the sport. 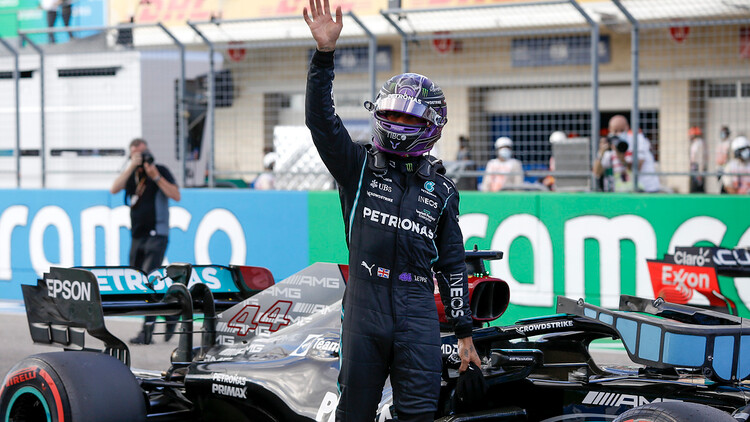 Lewis Hamilton's father admits that, whilst he doesn't know how long his son will continue in Formula 1, he believes that he will keep on going for some time yet.

It was confirmed earlier this year that Hamilton will remain with Mercedes for a further two years, bringing him to the end of the 2023 season.

Dad Anthony Hamilton thinks that the World Champion will remain in the sport for as long as he is enjoying it.

"I'm not sure [how long he will race] is the answer," Hamilton senior told talkSPORT.

"As I always say to him, if you feel fit, if you're still enjoying driving the car, still love getting in it, then keep going, and that's what he loves, he loves driving the car. I suspect he'll keep going.

"There's still a quarter of the season to go. At the end of the day we'll keep fighting until the very end. Win or lose, it would have been a fantastic season, win or lose."

At 36, Hamilton is now one of the older drivers on the grid, and Anthony Hamilton is impressed by the fact that his son is one of the last of his generation to still be in F1.

"Being the elder in the series, whatever it is, [means we] are winners," he explained.

"Because it's very rare that you get to the age of 36, 37 years of age and still be able to compete at this level with drivers that are 10 years your junior, so for us, every day is a championship win.

"Lewis is the last of the mohicans, if you think about it. He's from the era of [Nico] Rosberg, [Robert] Kubica, [Heikki] Kovalainen, and all those guys have gone but you've still got Lewis who's still here.

"He is in the new era with all these new young drivers and still the driver to beat.

"There isn't a huge amount of pressure on Lewis, but he's competitive and every race that he competes in he wants to win. He's going on 37 but going on 22."

Hamilton remains in the fight for the 2021 World Championship, and currently trails leader Max Verstappen by 12 points in the standings.