Lewis Hamilton finished fastest during qualifying for the Brazilian Grand Prix, but he's been referred to the stewards after his car was checked post-session. 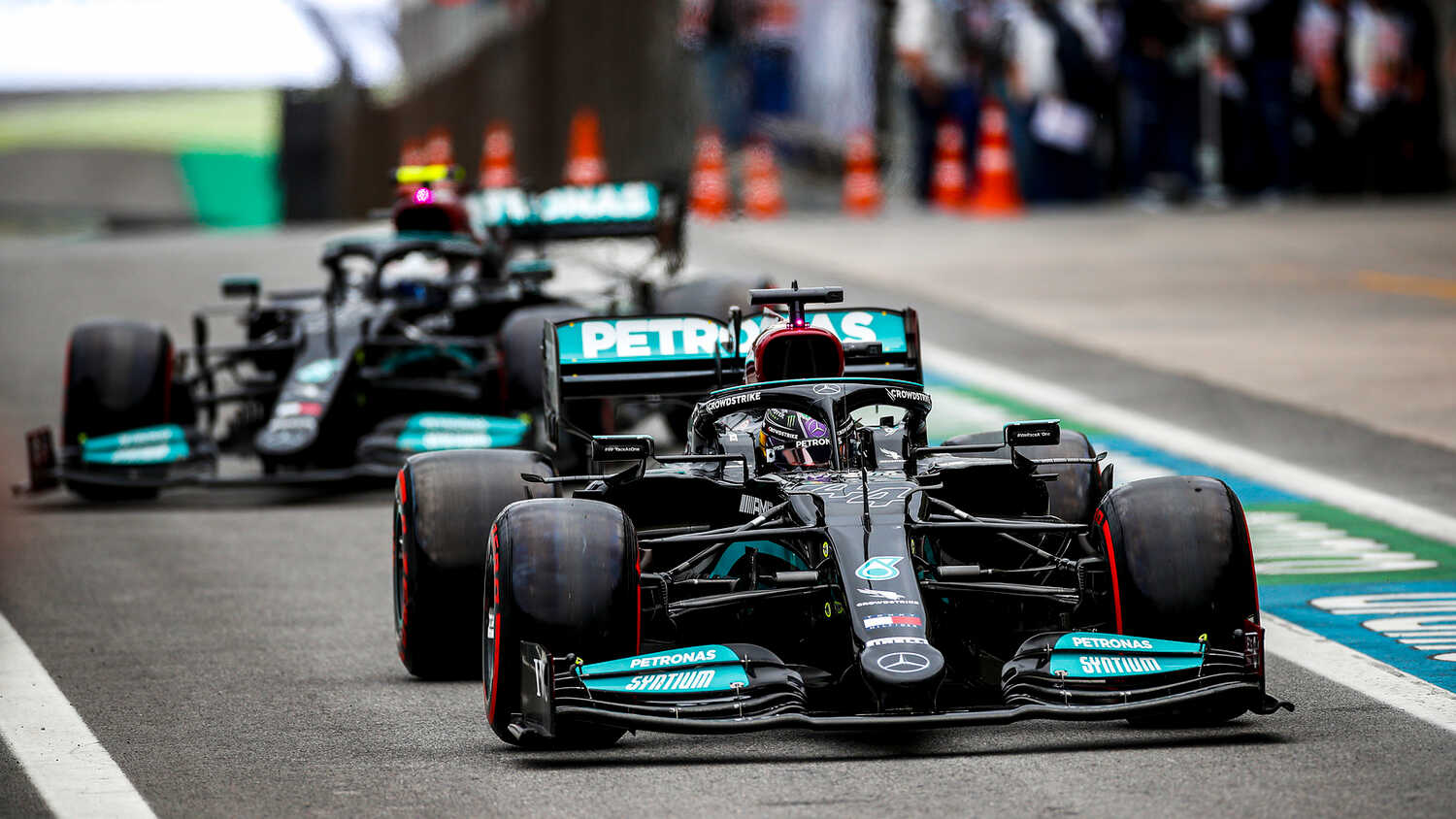 Lewis Hamilton has been referred to the stewards over a possible DRS infringement following qualifying for the Brazilian Grand Prix.

The news comes after a check by FIA F1 Technical Delegate Jo Bauer in the wake of Friday's session at Interlagos, which saw the seven-time World Champion finish with the fastest time.

"The uppermost rear wing element adjustable positions were checked on car number 44 for compliance with Article 3.6.3 of the 2021 Formula One Technical Regulations," read a statement sent out by the FIA.

"I am referring this matter to the stewards for their consideration."

Hamilton already set for a penalty

Should Hamilton's car be found to have breached the Technical Regulations, he could be excluded from the qualifying results, which would force him to start the Sprint Qualifying race from the back of the grid.

Hamilton is already set to serve a five-place grid penalty in Sunday's race after Mercedes fitted his car with a new Internal Combustion Engine earlier on Friday.