Sebastian Vettel showed his support for the LGBTQ+ community over the Hungarian Grand Prix weekend, and Lewis Hamilton is pleased that the four-times World Champion took this stance. 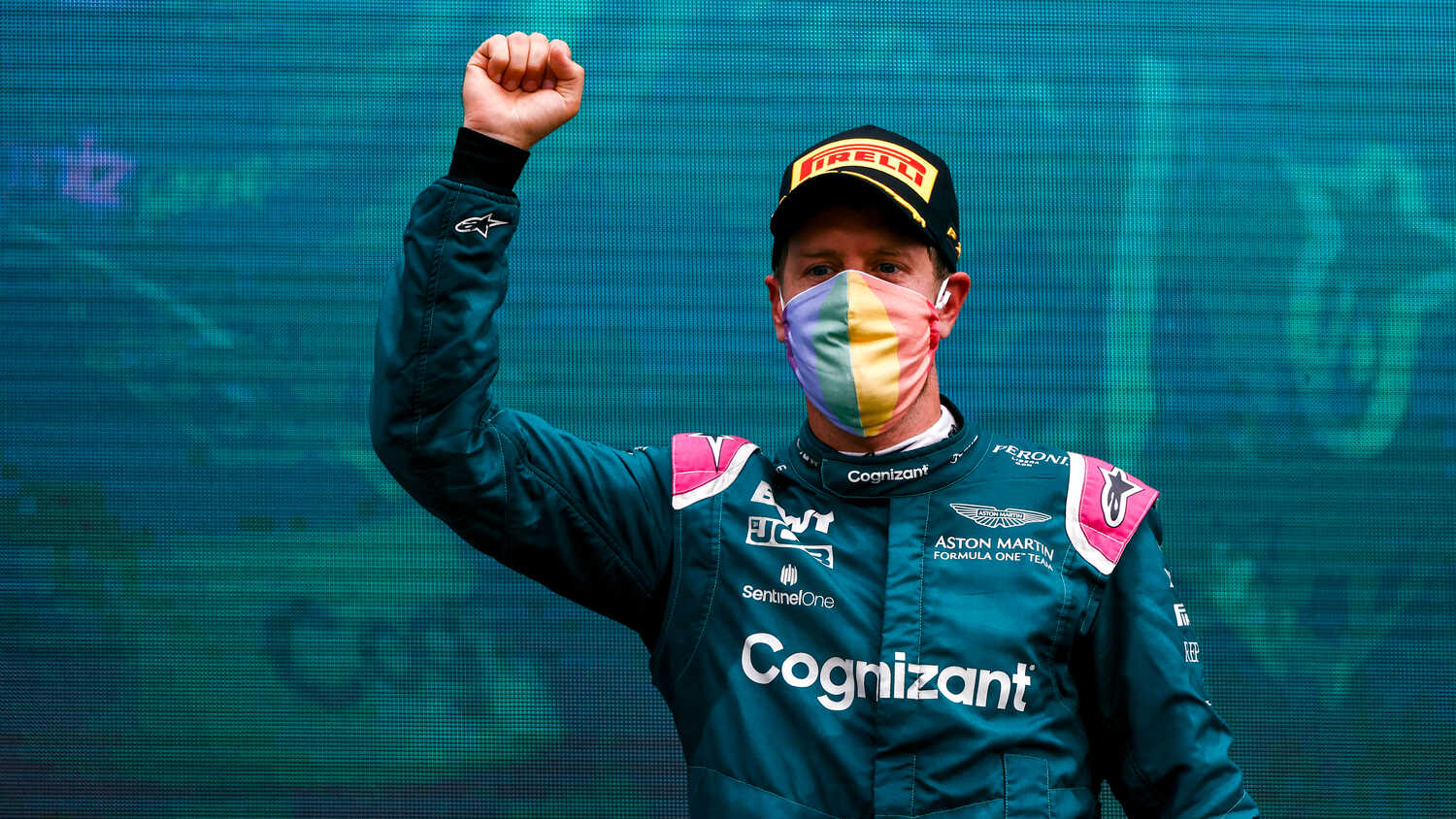 Lewis Hamilton has spoken of how proud he is of Sebastian Vettel for showing his support for the LGBTQ+ community over the Hungarian Grand Prix weekend.

Both Vettel and Hamilton spoke out against the introduction of an anti-LGBTQ law in Hungary, which bans the depiction of homosexuality to under-18s, and Hamilton is pleased that Vettel continued his protest throughout their time at the Hungaroring.

"I think it’s wonderful that Seb has taken a stance, to really speak out for those in the LGBTQ+ community here," Hamilton told RacingNews365.com and select media.

"I spoke at the beginning of the weekend and I think it was important for him to do so, so I don’t think he… he probably won’t be in too much trouble but we have to take a stance.

"We are pushing diversity and inclusivity and that community 100 per cent is included in that. I’m proud of him for it."

When speaking about the anti-LGBTQ law earlier in the weekend, Vettel did not hold back in voicing his criticism.

"I find it embarrassing for a country in the European Union having to vote on some laws like this," the German explained.

"We've had so many opportunities to learn in the past, and I can't understand why you're struggling to see that. Everybody should be free to do what they like, love who they like, and along the lines of live and let live.

"It's not for us to make the law and that's not our role, but I think just to express the support for those that are affected by it."