Max Verstappen might be the one currently fighting with Lewis Hamilton for the World Championship but the Mercedes driver is also looking forward to more battles with Charles Leclerc in the future. 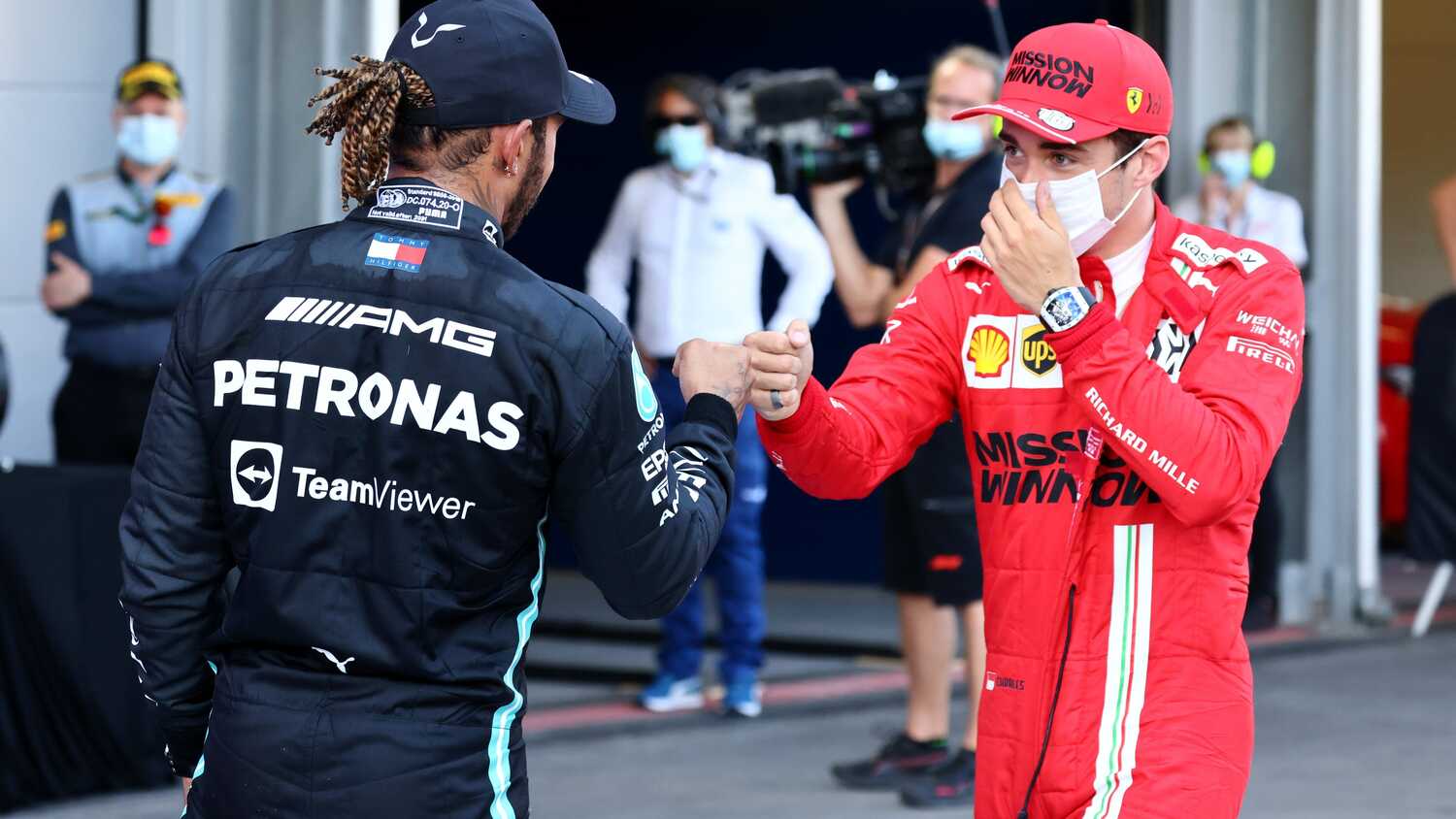 Lewis Hamilton has praised Charles Leclerc for how he has grown as a driver since arriving into Formula 1.

The Monegasque is now in his fourth season in the sport, having joined Sauber as a rookie in 2018 before switching to Ferrari the following season. Leclerc secured two victories in 2019, but has been winless since then, with the Scuderia enduring a difficult spell in 2020.

Now the team are working towards the front of the grid again and Hamilton believes that Leclerc can be a key part of that, with the seven-time World Champion sharing some complimentary comments when asked about Leclerc.

"How much are you going to pay me to say this stuff?" Hamilton jokingly asked Leclerc in a press conference attended by both ahead of the United States Grand Prix.

The Briton went on to tell select media including RacingNews365.com: "It's been amazing to see Charles' growth. He's growing into a leader at a phenomenal team.

"Of course they've had a difficult time, but they've just gone from strength to strength, getting quicker, moving up the pack and starting to lean on those that are at the front.

"He's still so young. I think he's on his own journey, and he's going to continue to grow and get stronger."

Hamilton is looking forward to having more close battles with Leclerc in the future.

"He's shown so much potential so early on already. The only way is really up," Hamilton said. "And he's got a great team to grow into.

"I'm excited to have more close races in the future."

For the time being, Hamilton is battling with Max Verstappen for the 2021 World Championship.

Meanwhile Leclerc is currently in seventh in the Drivers' standings, just half a point behind Ferrari teammate Carlos Sainz in sixth, whilst Ferrari continue to fight with McLaren for third place in the Constructors' Championship.