Hamilton or Verstappen for the title? F1 team bosses have their say...

With just six races left in the championship, several of the team bosses have had their say on who they think will win the World Championship. 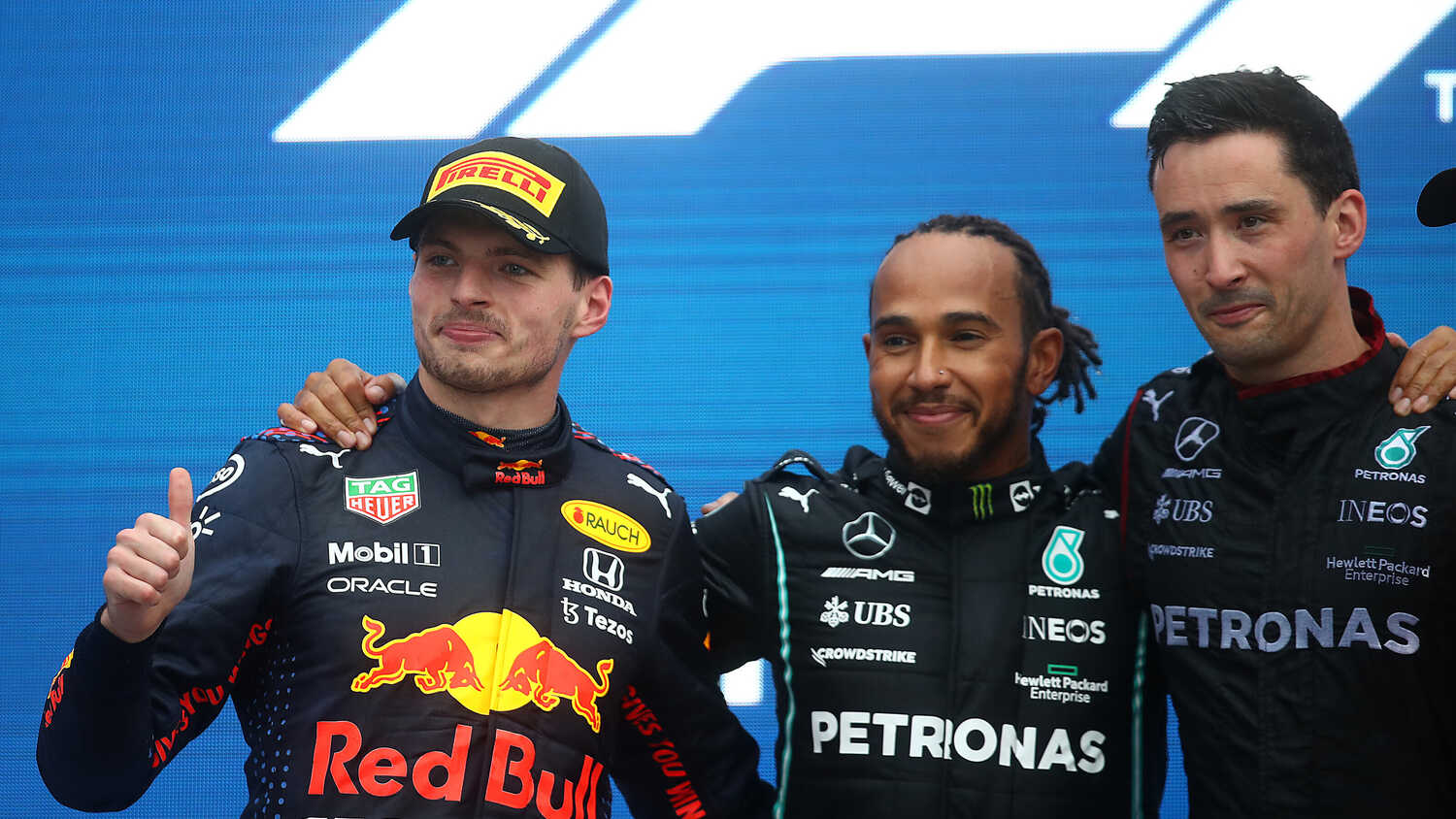 With six races remaining in the World Championship and just six points separating Max Verstappen and Lewis Hamilton at the top of the Drivers' Championship, several of the team bosses without a horse in the race have had their say on who they believe will emerge as the victor.

The subject of who might be crowned as World Champion at the season finale in Abu Dhabi caused something of a debate amongst the team bosses when RacingNews365.com asked for their opinions over the Turkish Grand Prix weekend.

Haas' Guenther Steiner was the first to volunteer a name, and one he did so without a moment's hesitation.

Asked why he chose the Dutch driver, he laughed: "Because he'll have more points at the end! I don't know why, but that's my answer,"

Pressed on whether he believes the Red Bull is now the car to beat, Steiner simply replied: "I said Max is the driver to beat."

Alfa Romeo's Frederic Vasseur disagreed with Steiner, saying he believes Hamilton and Mercedes will emerge with the title.

"It's difficult to know that. It's a very tight fight. But I think one of the topics is also the reliability," he said.

"This could be a game-changer for the championship, because they are so close.

"Every single small event could decide the championship, but I will say Lewis, to make it 1-1 with Guenther!"

Williams' Jost Capito admitted that he doesn't have a preference, as he chooses to pay more attention to battles towards the back of the grid.

"I think it's unpredictable," he commented.

"I don't spend too much time thinking of that, because we've got other issues and problems. So I don't care. Of course, I'm enjoying it. But if you're on the pit wall, you look so much into what's going on with your car so sometimes, at the end, I have to ask, 'Who won'?"

Ferrari's Laurent Mekies believes that it is Verstappen's title to lose.

"We probably see a bit more speed in the latest races with Max, but I'm sure it's going to be a very good fight right up until the last race."

There was no surprise regarding Franz Tost's answer, as the Red Bull man gave the nod to his former driver, with Verstappen making his debut with Toro Rosso in 2014.

Aston Martin team boss Otmar Szafnauer said both drivers have an obvious strength, with Hamilton's experience and Verstappen's speed, but couldn't choose which will come out on top.

"[It's] very difficult to predict, just because they are so close," he answered.

"They're two great drivers and fighting for a World Championship that's very valuable, so [it's] hard to say. Lewis is very experienced, he knows how to win World Championships. Max is very fast. So let's watch it and see. We only have a quarter left and we'll know.