Lewis Hamilton doesn't know what is causing Mercedes to struggle at the Circuit of the Americas, a track that has been kind to them in the past. 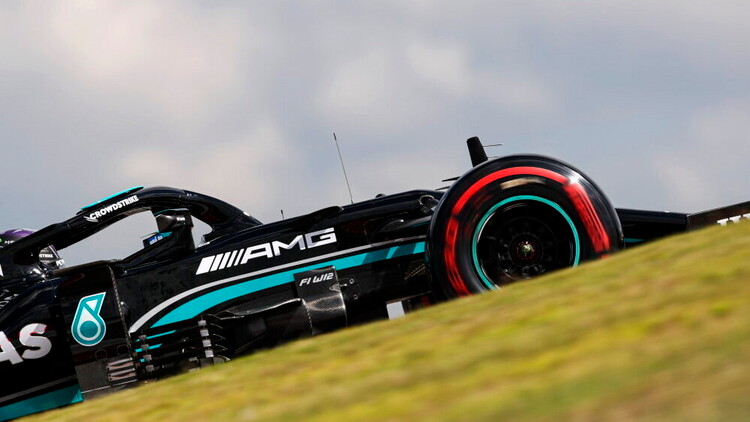 Although Lewis Hamilton was the fastest car in FP1 on Friday, the Mercedes driver says it's been a "real challenge" for the team at the Circuit of the Americas since then.

Hamilton starts Sunday's race from second on the grid after championship rival Max Verstappen beat him to pole in the closing stages of qualifying.

The result stands in stark contrast to FP1 when Hamilton was nearly a second faster than Verstappen, with the Briton admitting things have got tougher for Mercedes as the weekend has progressed.

"It was definitely a difficult session," Hamilton told RacingNews365.com and other members of the media after qualifying. "I would say for us, since FP1, it's been a little bit tougher.

"We've been making lots of changes trying to improve the car, but it's been a real challenge.

"Going into qualifying, I think the first session wasn't that great. Q1 wasn't spectacular, but started to improve, particularly on the Medium tyre, and the last two runs were pretty good.

"I think they've [Red Bull] just been pretty quick all weekend. And I think we were able to match them or be ahead in FP1, but since then they've really pulled up a lot.

"You can tell the car is quick because both of them are up there, and putting in some seriously good laps. We're in a good position to fight with them tomorrow, and I hope that we can."

When asked why Mercedes have struggled at a track that has been so kind to them in the past, Hamilton didn't have a clear answer.

"I don't really know," he added. "It started off good. It felt pretty good through FP1, and then it's kind of like bit by bit they've gotten faster.

"I don't know if we've gotten slower, but it's been a real struggle with the car compared to normally when we're here.

"Part of it's probably overheating with tyres, which is affecting everyone, but it's been a challenge."