Hamilton: Mercedes lost ground to everyone in FP2

Lewis Hamilton was generally pleased with Mercedes' performance during Friday practice for the United States Grand Prix, despite seeing their advantage in FP1 cut into later in the day. 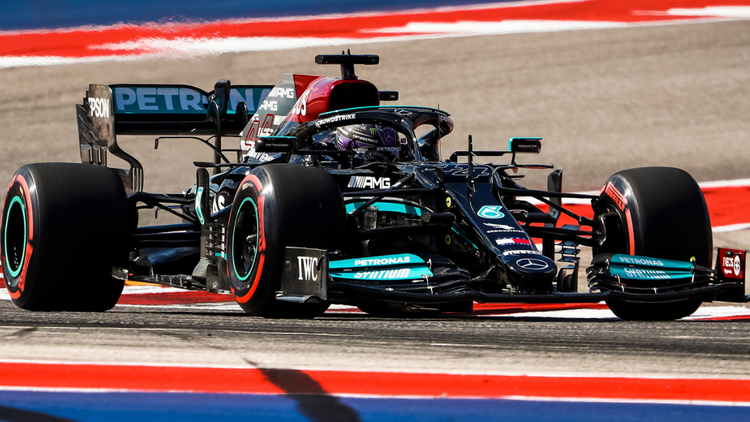 After Mercedes finished 1-2 in first practice for the United States Grand Prix, Lewis Hamilton believes the team have some work to do overnight, having "lost ground to everyone" in FP2.

Overall, Hamilton believes it's been a solid day for Mercedes, despite seeing the rest of the field close the gap.

"Generally, it's been a good day, but [there's] still work to do," Hamilton said after Friday's second session. "It's the way it is. FP1 was a really good session, we made some changes, and I wasn't happy in FP2.

"Still, not such bad pace, but I think we lost some ground to everyone, or they gained ground. So we have some work to do tonight, as always."

Track temperatures hit as much as 40 degrees Celcius during FP2, but Hamilton says the track surface was more of an issue.

He added: "I don't think it's the heat, necessarily. I think it's literally just the track surface is rougher than before, and it's a struggle to keep the temperature out of the tyres – it's impossible, pretty much.

"So there's more degradation than we've probably experienced before. It's difficult, because you're obviously trying to get a qualifying setup, and also a setup that will work on [the] long run, so it's not easy.

"It's not an easy car to set up in general, but I think there was plenty of findings from today we should be able to navigate."