Hamilton: I’m not in a position to have to apologise for anything

The seven-time world champion thinks he does not have to say sorry about his incident with Max Verstappen. 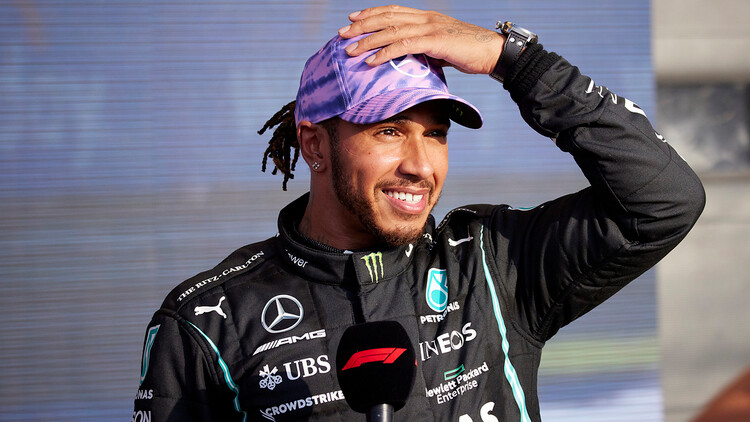 Lewis Hamilton believes he does not have to apologise for any of his actions after colliding with title rival Max Verstappen at the British Grand Prix.

The championship protagonists made contact at the high speed Copse corner which saw Verstappen dramatically crash out of the race. Hamilton says Verstappen being in hospital concerned him and that he never wants anyone to get injured. Verstappen was released from hospital on Sunday night.

"I don’t think, from my current understanding, that I’m in a position to have to apologise for anything," Hamilton told RacingNews365.com and other members of the press. "We’re out there racing."

Hamilton reduced his deficit in the Drivers' Championship to Verstappen from 33 points to eight points by winning his home event at Silverstone. The Mercedes driver also revealed he does not really care about what people think of the incident.

"There’ll be a lot of tough races coming up and we have to learn to strike a decent balance," said Hamilton. "I don’t agree with stewards but I take my penalty on the chin and get on with my job.

"I’m not going to whine about it. Everyone’s going to have a different opinion. I don’t really particularly care what people think so I just do what I do and I’m really grateful for Sunday."