Despite a tense final few laps, Lewis Hamilton was unable to catch Max Verstappen for the lead of the United States Grand Prix. 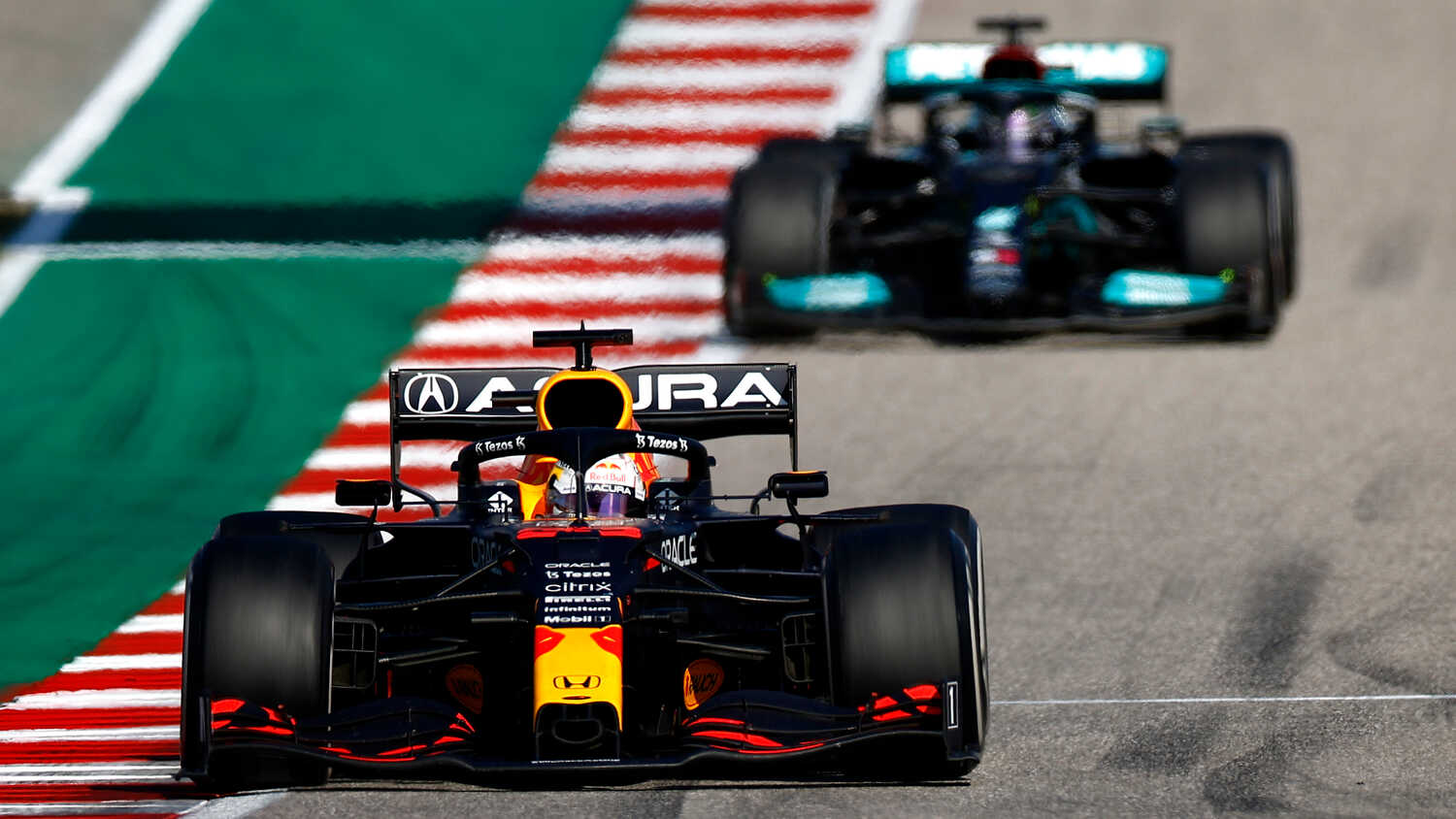 Lewis Hamilton believes that dirty air and overheating tyres prevented him from being able to catch and pass Max Verstappen in the latter stages of the United States Grand Prix.

The Mercedes driver closed in on his title rival after the final pit-stops but, in the closing laps, Verstappen managed to strengthen his lead again and claim victory. Hamilton finished 1.333 seconds behind in second place.

Hamilton had hoped that a win might be possible earlier on in the Grand Prix, but realised that it was too challenging in the end.

"The dirty air and just overheating of the tyres [made it difficult to catch Verstappen]," Hamilton told Sky Sports.

"But what a great race down to Turn 1. I thought for a second that we might be able to win the race, but we have to wait until the next one."

When asked whether there might be a lengthy Mercedes debrief after the race to assess whether pitting earlier could have made a difference, Hamilton didn't think this would be the case.

"I don't know. I don't think so," the Briton said. "I think I gave it everything.

"I think we gave it everything we had and they [Red Bull] were just quicker than us this weekend, for whatever reason, I can't pinpoint.

"It looked like they had a better rear end, a little bit less sliding than we had.

"I had a great start. I gave it absolutely everything today, and just unfortunately couldn't convert it at the end."

Verstappen's win has resulted in the Dutchman strengthening his lead at the top of the World Championship standings, where he now has a 12-point advantage over Hamilton.

Hamilton did claim one extra point for fastest lap, though, meaning he was able to take one point away from his rival.

Meanwhile, Mercedes are still 23 points ahead of Red Bull in the Constructors' Championship.