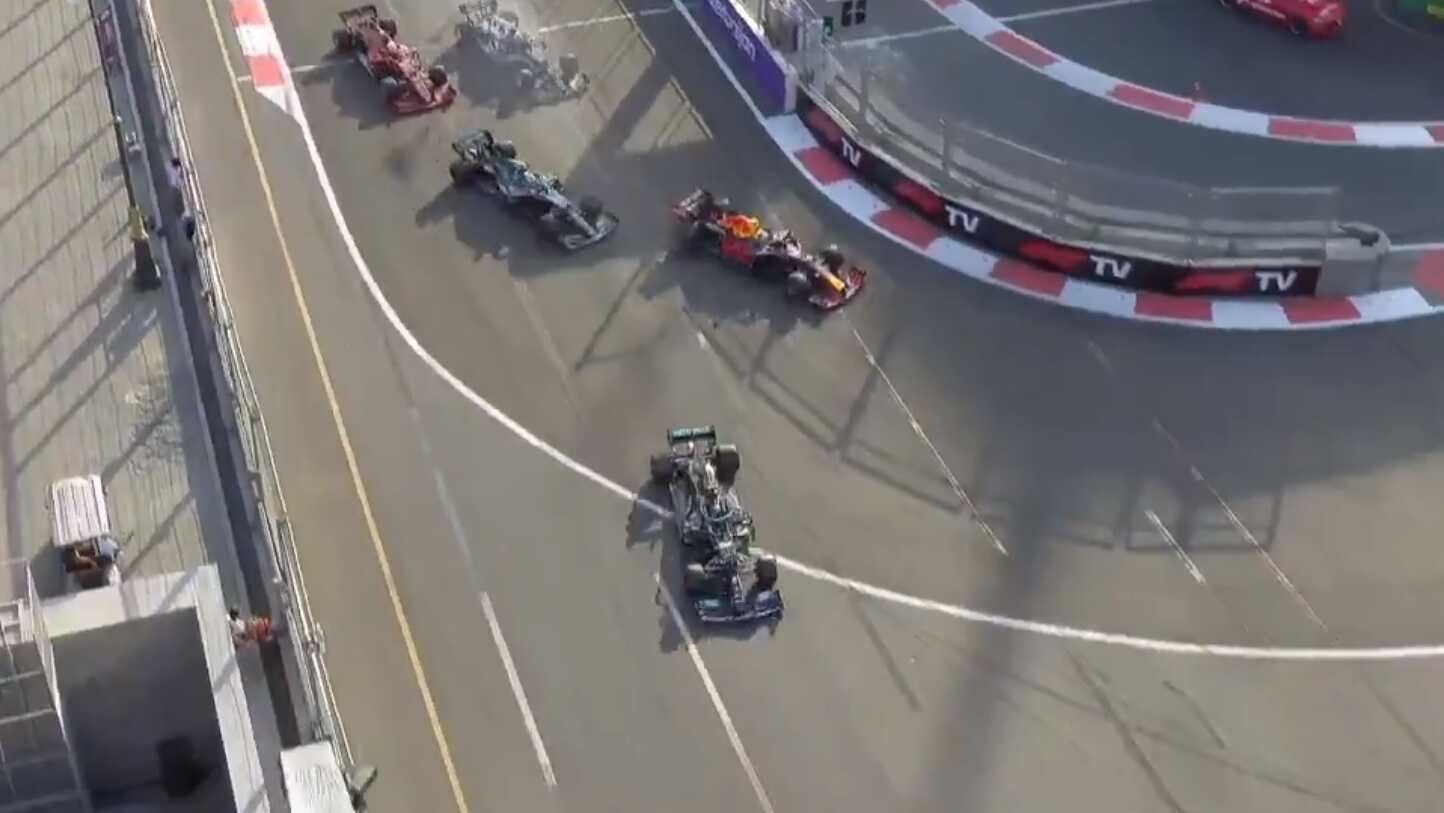 Lewis Hamilton has revealed that the 'magic' button on his car causes the brakes to not work properly which is why he locked up on the late-race restart of the Azerbaijan GP.

The system, which Mercedes call 'magic', is a system that the drivers use to warm up the brakes under a safety car to get heat into the tyres and Hamilton's engineer Peter Bonnington said that the Mercedes driver knocked it on an upshift when he took the lead from Sergio Perez.

"On the restart I think when Perez moved over towards me, I clicked a switch and it basically switches the brakes off," Hamilton told Sky Sports. "It just went straight. I had no idea that I'd even touched it.

"I put everything on the line and I fought as hard as I could today. It's very hard to take, but mostly just really sorry to say to men and women in the team.

"We've worked so hard for these points and, but we'll regroup and come back stronger."

Hamilton hopes to bounce back from the mistake although it was a huge opportunity missed given Max Verstappen's misfortune when his tyre punctured when in the lead.

"Actually it's a quite a humbling experience to be honest," said Hamilton. "We've worked so hard this weekend to come back out of the top 10 and it was looking so good.

"It was very unfortunate for Max. I would say today is a good stroke of bad luck."