Hamilton criticises Bottas: He left the door open for Verstappen

Although Mercedes discussed how they would try to contain the threat of Max Verstappen at the start of the Mexican Grand Prix, the Red Bull driver took the lead into Turn 1. 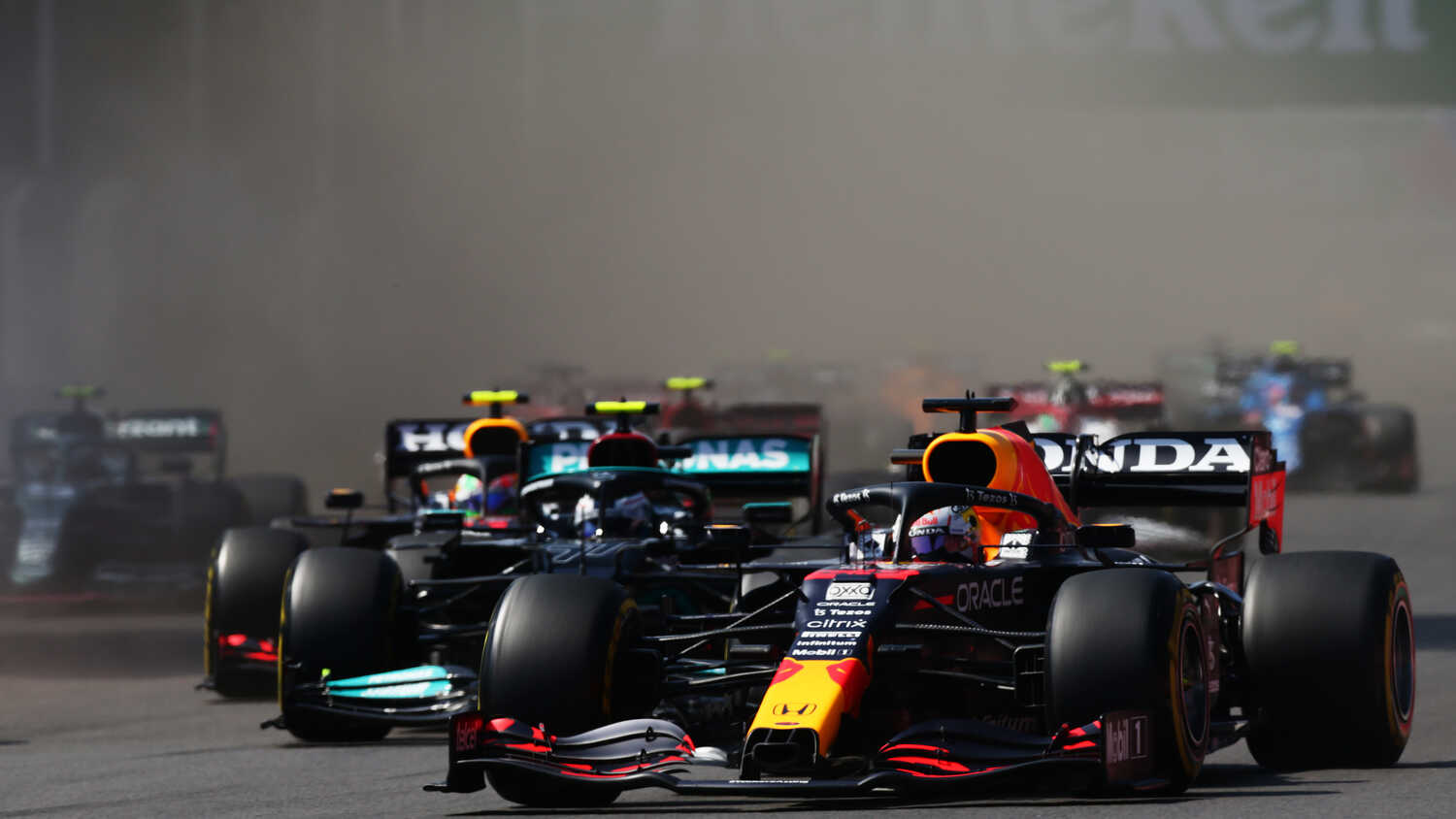 Lewis Hamilton has criticised teammate Valtteri Bottas for leaving the door open for Max Verstappen to pass the Mercedes duo at the start of the Mexico City Grand Prix.

Both Bottas and Hamilton looked to have moved off the line well, but they soon found themselves side-by-side with the Red Bull driver on the approach to Turn 1. In the end, Verstappen was able to find his way past the pair.

Speaking after the race to RacingNews365.com and other accredited members of the media, Hamilton said that Mercedes discussed how they would try to keep Verstappen at bay, though that plan didn't come to fruition.

"I had envisaged it differently, naturally, in the sense that Valtteri maybe would get a better start, and I would have tried to get into his tow," said Hamilton.

"But obviously I was alongside him, which was good. And then I was just covering my side of the track, trying to make sure no one could come up the inside, so I was trying to keep whichever Red Bull I could see in my mirror behind.

"I thought Valtteri would be doing the same, but obviously he left the door open for Max. And Max was on the racing line, so he did a mega job braking into Turn 1, and because I'm on the inside in the dirt, there was no hope for me."

Bottas was hit by McLaren's Daniel Ricciardo at Turn 1 and fell to the back of the field, leaving Hamilton to battle the two Red Bull cars on his own, a development that made things that much more difficult for the seven-time World Champion.

"That made the race a lot harder, naturally," said Hamilton. "Having one car ahead, it just meant they could play with their strategy.

"Sergio [Perez] I think was super-close within that first stint, and I couldn’t really pull away from him. There was a moment where they were either going to undercut us, or we were going to undercut them, so we stopped.

"I think the team did a great job, it was just that we didn't have really much left on the tyres at the end. But where there's a will, there’s a way.

"We managed to keep them behind. One more lap, and I think it would have been over, but I'm happy I still got second."