The pair agreed that the Belgian Grand Prix was never going to get underway due to the wet conditions on Sunday. 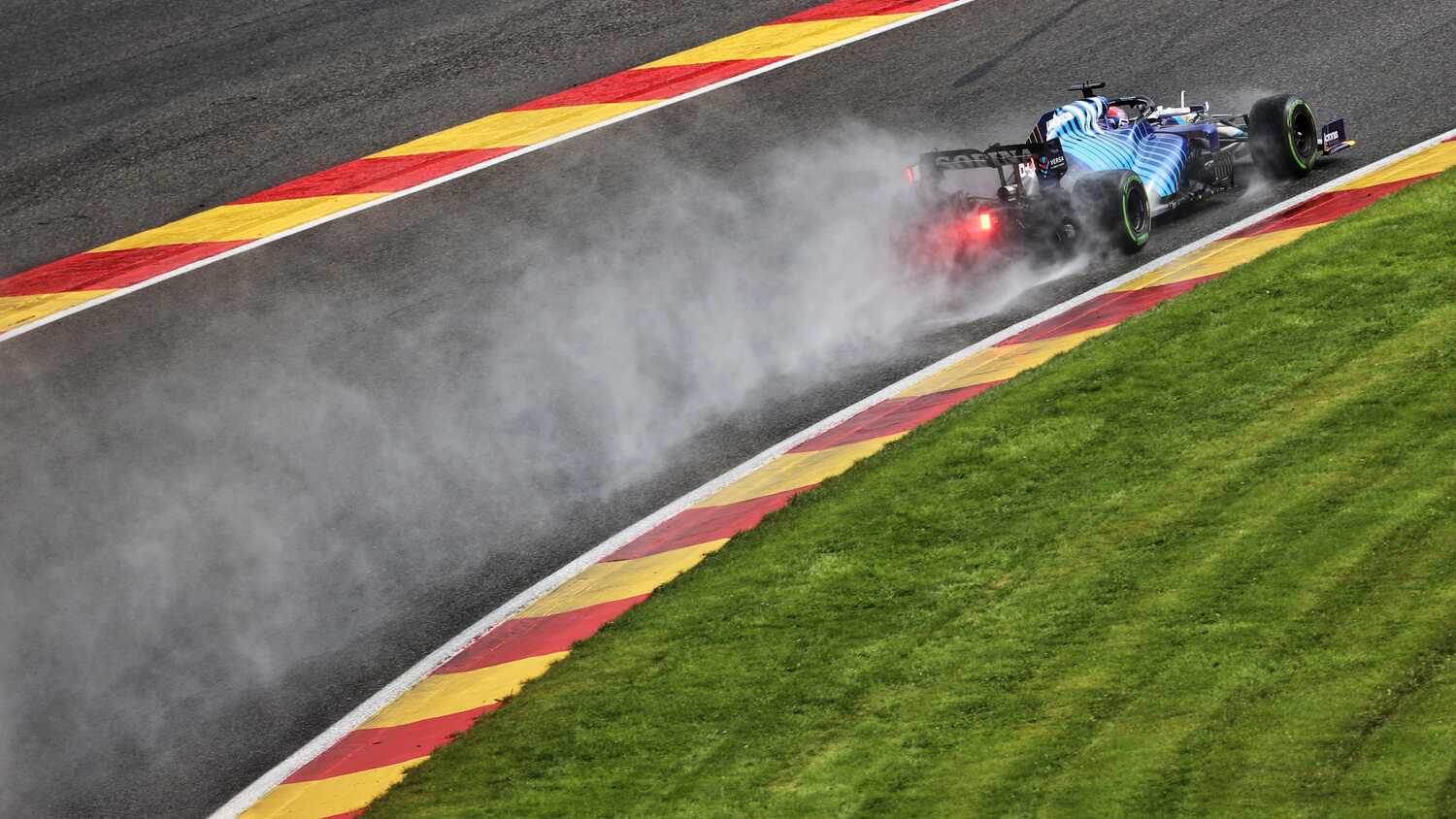 Lewis Hamilton and George Russell both say they could not see the car in front of them despite being at the head of the train behind the Safety Car in the rain-hit Belgian Grand Prix.

Four laps of the Spa-Francorchamps circuit were completed behind the Safety Car overall, in an attempt to restart the race, but the conditions were deemed too dangerous for racing.

Half points were awarded as Hamilton and Russell finished on the podium, behind Max Verstappen, because of their qualifying performances.

"There was aquaplaning into [Turn] 5," Hamilton told RacingNews365.com and other select members of the press. "I couldn't go flat out down the straight because I had no idea where George was, whether he was braking, to get a gap to the guy, because he can't see the car ahead of him.

"There were moments where I was like, 'I'm slowing down', because I can't see where they are, and who knows where the car is behind me [is].

"Then Eau Rouge was pretty tricky and I guess really the worst thing would be if we had a crash, like we saw on Saturday with Lando [Norris], and you come up that hill, you wouldn't be able to see if there was a driver in the middle of the road.

"There definitely was, unfortunately, no moment that we could race. Maybe in the morning, I think there was less rain in the morning."

Russell, who started on the front row for the first time in his Williams F1 career after an extraordinary Q3 lap, says he "might as well have had his eyes closed" when asked how poor the visibility was.

Similarly to race-winner Verstappen, he also questioned whether the race could have started earlier to avoid the worst of the wet weather.

"Coming out of Turn 1, all the way up through Eau Rouge and into Turn 5, I felt like as soon as we were over probably 200km/h that [the] spray was just too drastic, and I had absolutely no idea where Max was," explained Russell.

"It was probably more concerning for drivers behind me because they can't see me as well and I rarely got full throttle down the straights, and you were just losing tyre temperature as well.

"The laps behind the Safety Car and everything, one after another, was just making it impossible out there. We may as well have been driving up the straight with our eyes closed at points because that's how it would have been had the race started.

"It would have been chaos, so we made the right call to not race from three o'clock onwards. Whether we could have pushed it forward, pre-empting this weather – who knows?"