Hamilton admits he should have overruled Mercedes

Lewis Hamilton conceded that he "could have" and "should have" stayed out on his initial set of Intermediate tyres in the Turkish Grand Prix. 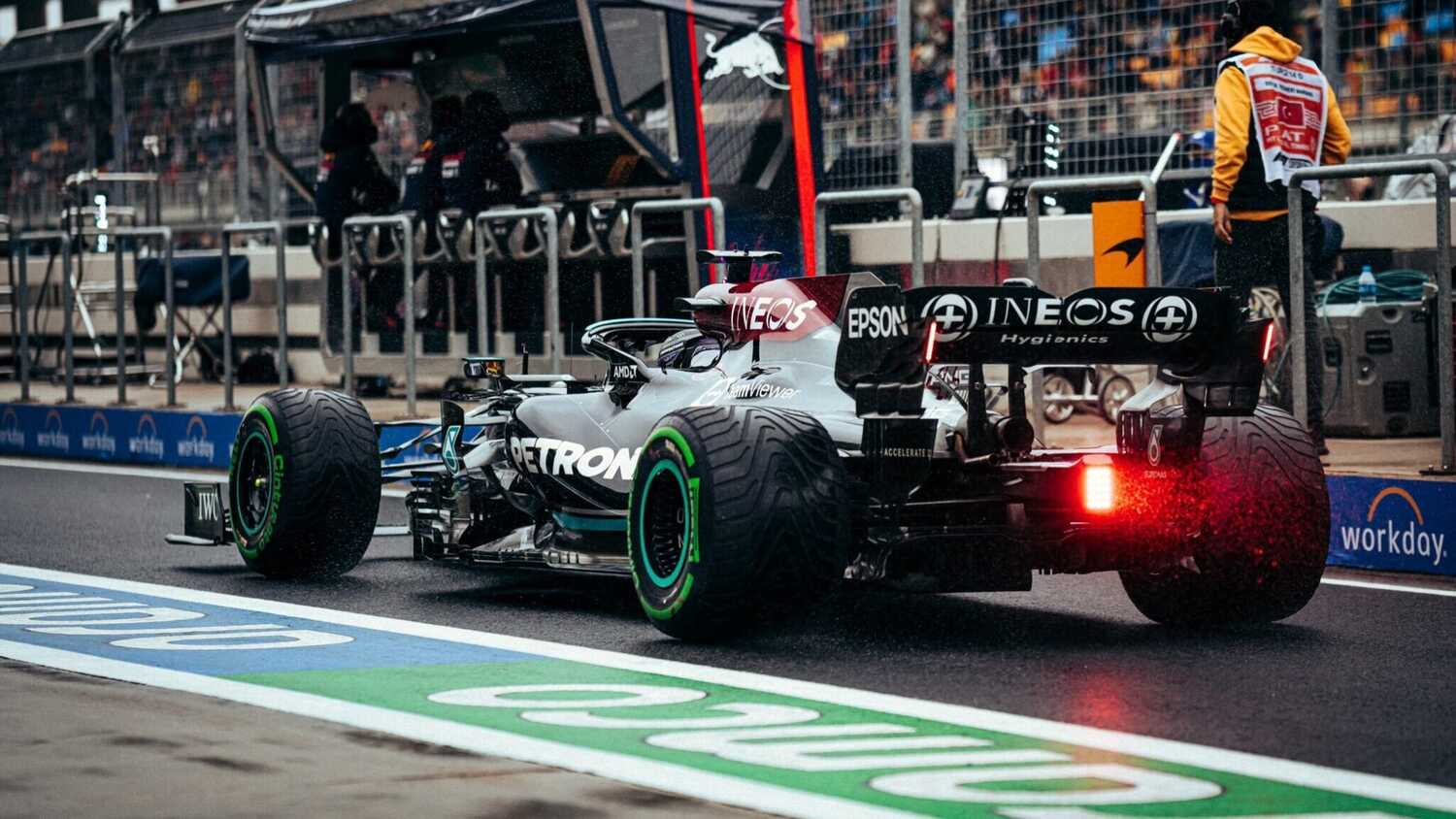 Lewis Hamilton feels that he should have overruled his Mercedes team during the closing stages of the Turkish Grand Prix, when he was called in to replace his initial set of Intermediate tyres.

Hamilton was one of two front-runners, along with Charles Leclerc, to extend their opening stint, and the pair at one stage looked set to attempt to reach the chequered flag on the tyres they started the race with.

However, as the tyre performance dropped off, Leclerc was called in for fresh Intermediates by Ferrari, with Mercedes asking the same of Hamilton, who initially went against their instructions.

After several radio messages questioning the move, Hamilton eventually pitted on Lap 50 of 58, only to face graining issues for the majority of the closing laps, meaning he had to settle for fifth place.

When Race Engineer Peter Bonnington tried to explain the reasons behind the decision, Hamilton expressed his frustration once again, as he lost the championship lead to Red Bull rival Max Verstappen.

Put to him in an interview with Dutch broadcaster Ziggo that he didn't sound happy, Hamilton said: "No, of course I'm not. I should have stayed out."

Asked if it was his choice, and why he "couldn't make that happen", Hamilton said: "I probably could have, I probably should have, but it doesn't matter now.

"I didn't, because I work as a team, and the team suggested to come in, but I just knew what would happen when you go on to new tyres, new [Intermediate] tyres – they just grain."

Pushed on the challenges of making these strategic calls, Hamilton said: "I don't think it's difficult to make the decisions. But yeah… I don't really know what to say… it is what it is.

"We lost some points today, but we live and we learn."