F1 World Champion Mika Hakkinen believes the lack of testing now available to teams presents a huge challenge, and would have been unthinkable during his career. 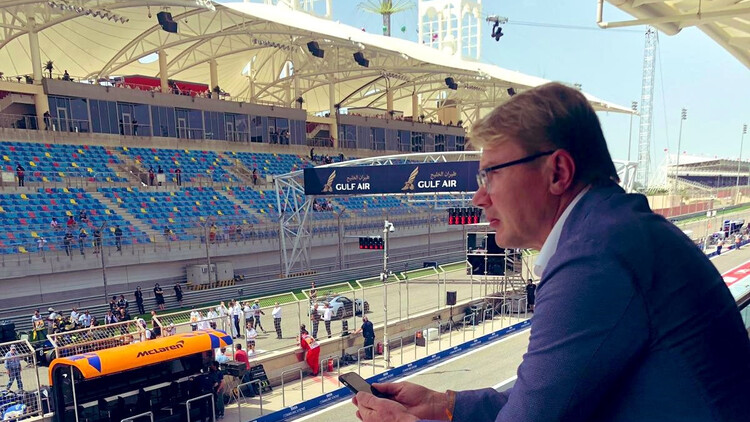 Mika Hakkinen believes the current lack of testing creates a huge amount of pressure for teams, who have to figure out how best to unlock their cars performance over the course of a Grand Prix weekend.

2021 had just three days of pre-season testing, a significant reduction from the eight days of just two seasons ago. This lack of testing was due to COVID travel restrictions making life difficult for the teams, as well as the cars being broadly the same as last year's.

Mika Hakkinen has said the situation would have been unthinkable during his time in Formula 1, when testing was almost completely unlimited if a team had the budget.

"Honestly, I could not have imagined," Hakkinen said to INZDR.

"I really could not even imagine that kind of situation. When we did designs of a brand new car in the factory, the new monocoque and new gearboxes, a new aerodynamic package to the car and we took it to the racetrack, we were very confident to understand that this car is great!

"We understood, before the car is on the racetrack, we knew this car is fantastic. So, when you took this car on a racetrack on a very first day for the very first test after the winter break, we went half a lap, something went wrong!

And something went wrong and everybody panics, well, they didn't panic, but they recognised like 'we have a problem'.

"So if we, that time when I was racing, if we knew that we have only three days to get this car to working and functioning, there's no way it would work in our time."

It's twenty years since Mika Hakkinen stepped out of his McLaren for the final time as a Formula 1 driver, and the Finn said there's been a huge shift in philosophy within the sport in the intervening two decades.

"So what probably will have changed dramatically is the preparation to go to this test, which is going to be three days because when we would have to build a car, which has to be reliable which is, when you talk about a Formula One car which is such a complex machine, it would be very difficult.

"Three days... what the drivers, the teams, what you guys have to go through today, it creates a big pressure for everybody to achieve everything in such a short time."