Grosjean: My F1 career is over but I want to race again

Former Haas Formula 1 driver Romain Grosjean has said he is keen to get back in the racing seat even though he is under “no illusions” that his time in F1 is at an end. 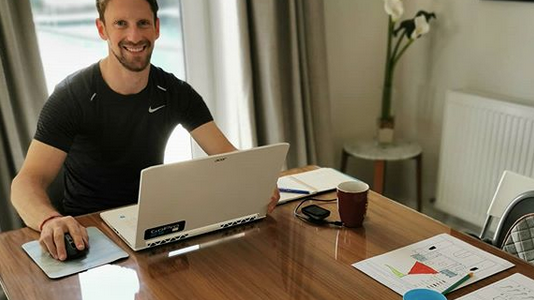 Grosjean’s final race as an F1 driver was at the Bahrain Grand Prix last year, where he suffered serious injuries to his hands after his car spun out at the exit of Turn 3 on the first lap before colliding with the barriers and bursting into flames.

The injuries the Frenchman sustained during the accident forced him to miss what was supposed to be his final race in the sport at the Abu Dhabi Grand Prix in December after he was released by Haas alongside Kevin Magnussen last year.

However, while he remains firm that his F1 career has reached its end after competing in 10 seasons at the top tier of open-wheel racing, Grosjean said he remains eager to race.

“I want to drive again. What I said to myself after the accident was, ‘if things have to get done, cool, they will. If not so be it. You have to take things as they come.’ I have a choice in what I want to do,” he told French outlet Ouest-Franc.fr.

In response to a question Grosjean also mentioned Indycar as a potential destination for him in the future and said it was a championship he admired.

“It's a nice championship, with good drivers. Is it a championship that I watch closely, yes. Whether it's done, or close to happening, it's still a long way to go. Indeed, there are races on ovals. Technically, it's complicated. I will talk about it with my relatives too,” he said.

We are in discussions, we are watching, we are working on all of this. But as I said a little earlier: if it's done, so much the better, if not, we'll do something else. We don't stress about it.”