Alfa Romeo's Antonio Giovinazzi matched his best-ever qualifying result with seventh place at Zandvoort, but a wheel nut issue almost prevented him from progressing from Q2. 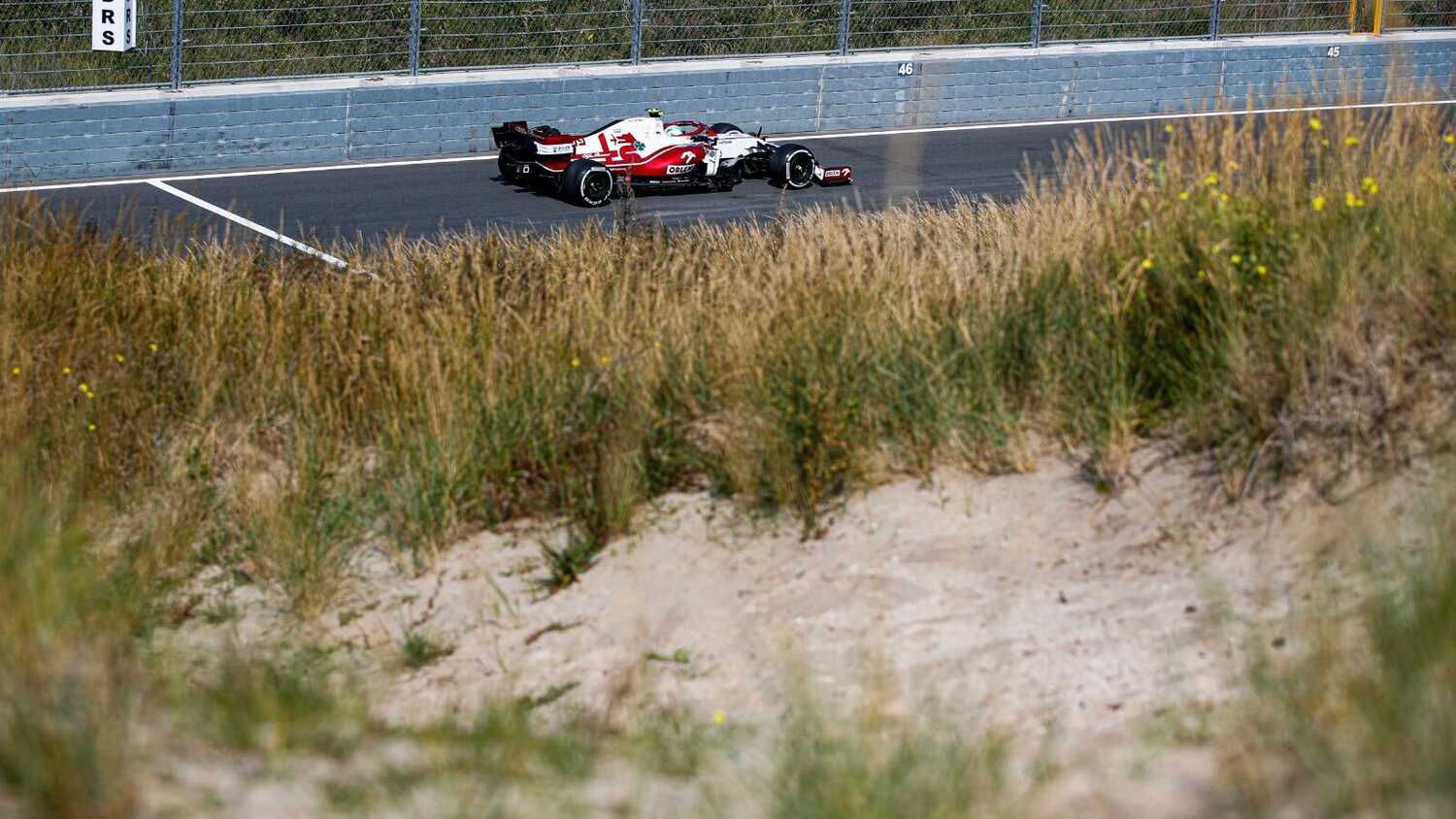 Antonio Giovinazzi will start the Dutch Grand Prix from seventh place, with the Italian driver matching his best-ever qualifying result from the 2019 Austrian Grand Prix.

Giovinazzi, who leads the Alfa Romeo team this weekend in the absence of Kimi Raikkonen, as the Finn is sidelined after testing positive for COVID-19, impressed at Zandvoort on Saturday as he made it through to the final part of qualifying and into seventh place.

But qualifying almost went wrong during Q2 for Alfa Romeo, as a sticky wheel nut came close to preventing the team from being able to get Giovinazzi on track. It was a similar situation to what befell Valtteri Bottas in Monaco, Mercedes ending up with a ground wheel nut that resulted in the wheel being stuck on until the car was brought home to the UK.

Fortunately for Giovinazzi, Alfa Romeo made use of the extra time afforded to them by the red flag interruptions in Q2 to get the wheel off.

"We showed in practice that we had great pace, to be in top 10," Giovinazzi told media, including RacingNews365.com, after the session.

"And then qualifying was a rollercoaster, because we had an issue on the wheel in Q2. But then, we were a little bit lucky with a red flag and we were in Q3 and it was just a mega lap.

"Thank you to the guys for the car and also for the job they did to sort the issue in Q2."

Giovinazzi admitted to being worried as he watched the time tick away during Q2, not sure whether the team would be able to get him back out on track.

"It was my worry to be honest, but they just didn't give up, they did everything and when I saw that the issue was OK, it was my priority to give a great lap to the guys for the job they did," he said.

"They did a fantastic job. Of course, we were lucky with a red flag, but the car in Q3 was just perfect.

"Of course, the race is [on Sunday] but I think we start from a great position."