No radio communication and contact with Mick Schumacher on the opening lap resulted a difficult Russian Grand Prix for Antonio Giovinazzi. 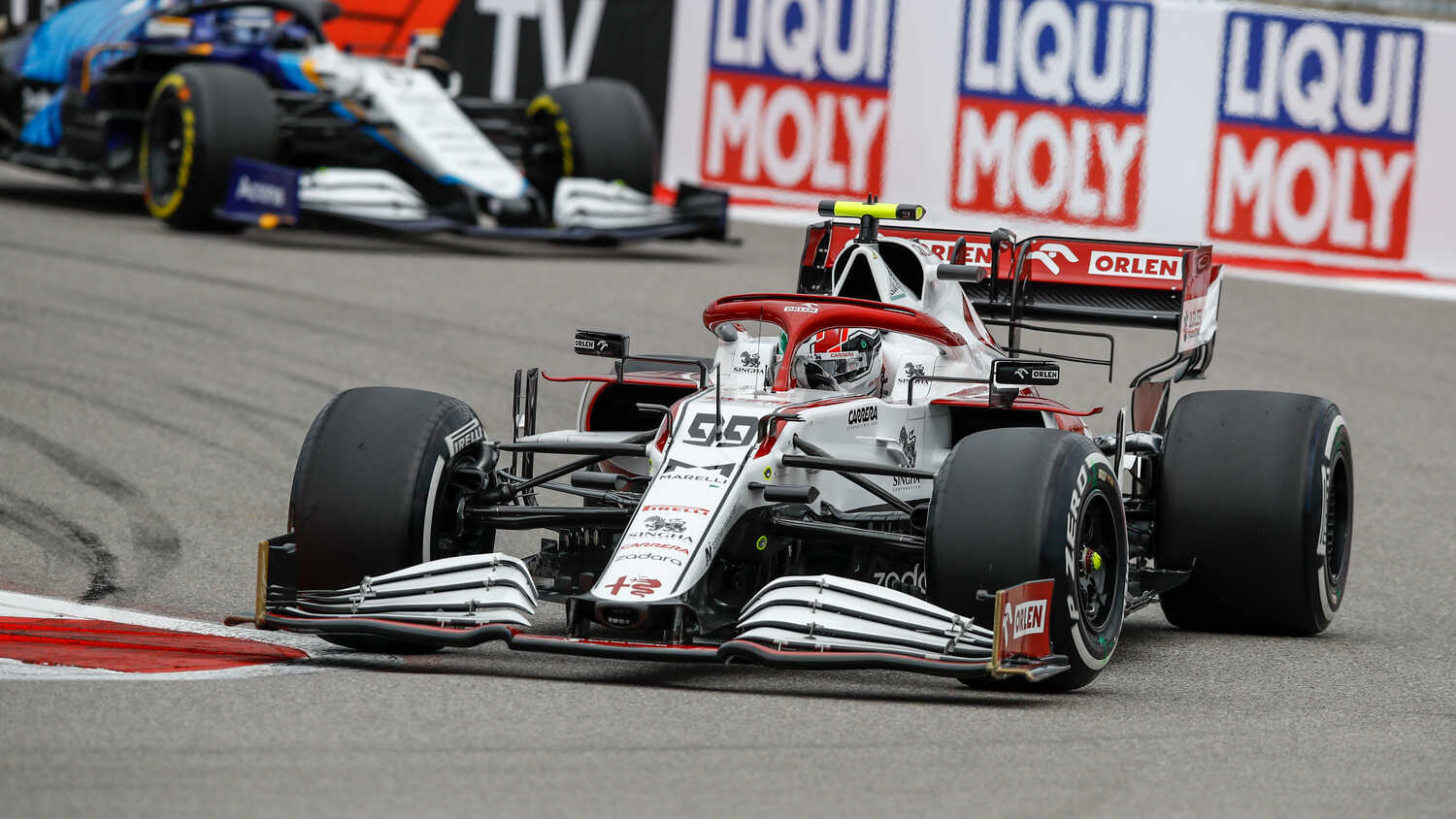 Antonio Giovinazzi says his Russian Grand Prix was "a mess" after the Italian lost radio communication with his team on the opening lap of the race.

The Alfa Romeo driver started from 17th on the grid despite changing his gearbox, one place higher than where he qualified, with bigger penalties to other drivers actually helping him out.

However, his efforts to move further up the grid during the race were compromised early on when he lost radio contact with his team on Lap 1.

In the end Giovinazzi finished 16th, with the radio issues and contact with Mick Schumacher proving too much to overcome.

"I had no radio from Lap 1, so it was impossible to communicate with the team, and it was just a difficult race with the fuel saving," Giovinazzi told Racingnews365.com and other members of the media.

"I tried to watch my pit on the main straight to see what I need to do, but without the radio it was just a mess.

"And then also with the rain in the end I had no communication. It was just a silence race for myself, so just a difficult race from lap one.

"It was also difficult to overtake, so I lost a lot of time there. Then when I was in free air the pace was good. But we lost a lot of laps."

Giovinazzi's future at Alfa Romeo remains unclear at this time as he has yet to be confirmed by the team for 2021, with the Italian outfit already announcing that Valtteri Bottas will join from Mercedes.