Having started on the front row of the grid for the Qatar GP, Pierre Gasly wound up in 11th at the chequered flag. 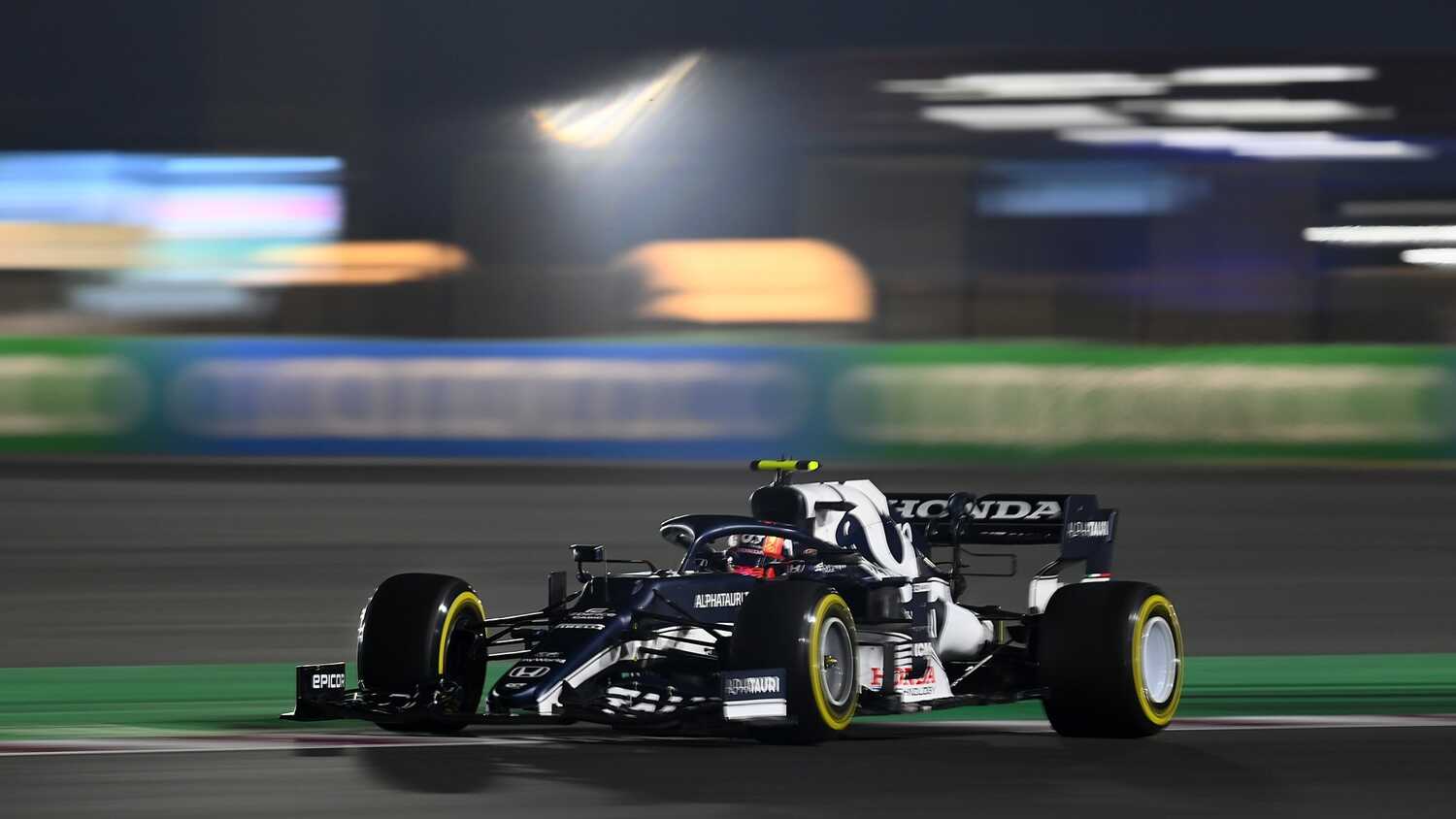 Pierre Gasly was left in shock at the end of the Qatar Grand Prix, after plummeting down the order over the course of the 57-lap race at the Losail International Circuit.

Gasly lined up second on the grid, having jumped from fourth due to penalties for Mercedes' Valtteri Bottas and Red Bull's Max Verstappen.

Within moments of the race beginning, Gasly's downward spiral began as Alpine's Fernando Alonso cleared him on the opening lap, followed soon after by the recovering Verstappen.

However, the Frenchman's two-stop strategy ultimately proved disastrous as the likes of Alpine's Esteban Ocon, Aston Martin pair Lance Stroll and Sebastian Vettel, as well as the two Ferrari drivers, all managed to get to the chequered flag with just a single stop.

"Our pace was shocking"

With Gasly coming home in 11th position, it would have been even worse had Bottas not retired from in front of him.

"Our pace was shocking, basically," Gasly explained to media, including RacingNews365.com.

"At the moment, we don't really have the answer. We tried to stick with Fernando for the first few laps, I could barely make it. After that, we tried to go for an aggressive two-stop strategy, but the pace was never there - it was shocking."

With Gasly's car requiring repairs after the front-right corner was destroyed when he ran over the kerbs at the end of Q3, he said it was important for the team to understand whether something had gone awry during the repair job.

"I don't understand how we can be that slow during the race," he commented.

"We need to review everything. We changed the front wing and floor after the incident in quali, I don't know if it had an impact.

"We used the Medium tyres in quali that we used again in the race, so they were not brand new. I don't know if that has an impact, but we need to review everything, because even pushing really hard on the tyre, the lap times were never there."

Suspicion lies with the car, not the strategy

Despite Gasly's two-stop strategy ultimately proving inferior to those who could make the one-stop work, Gasly said the pace of his AT02 was simply never there to be exploited.

"I tried to push as hard as I could in the car and, even with fresher tyres than Fernando, I was miles away when he was on used tyres. It was so frustrating," Gasly complained.

"When we pushed, we overheated the front really quickly and put so much energy in the tyre we were sliding. So apparently, over one lap, we can take it, but the whole race distance was difficult.

"Obviously we can't do [that] every weekend, but definitely I don't understand [how] both cars can qualify like that, in the top 10 and having good pace, and both go back during the entire race and just not show any signs of speed.

"We could have done five stops... three, two, one, it doesn't matter, honestly. It was a question of pace."

With AlphaTauri failing to score on a day that Alpine secured a podium and double points finish, it's left Gasly's team with an uphill task to reclaim fifth in the Constructors' Championship, as they trail the French team by 25 points with two races remaining.