Mercedes EQ's Nyck De Vries took home victory after a bizarre end to Round 5 of the 2021 Formula E season at the Valencia E-Prix. 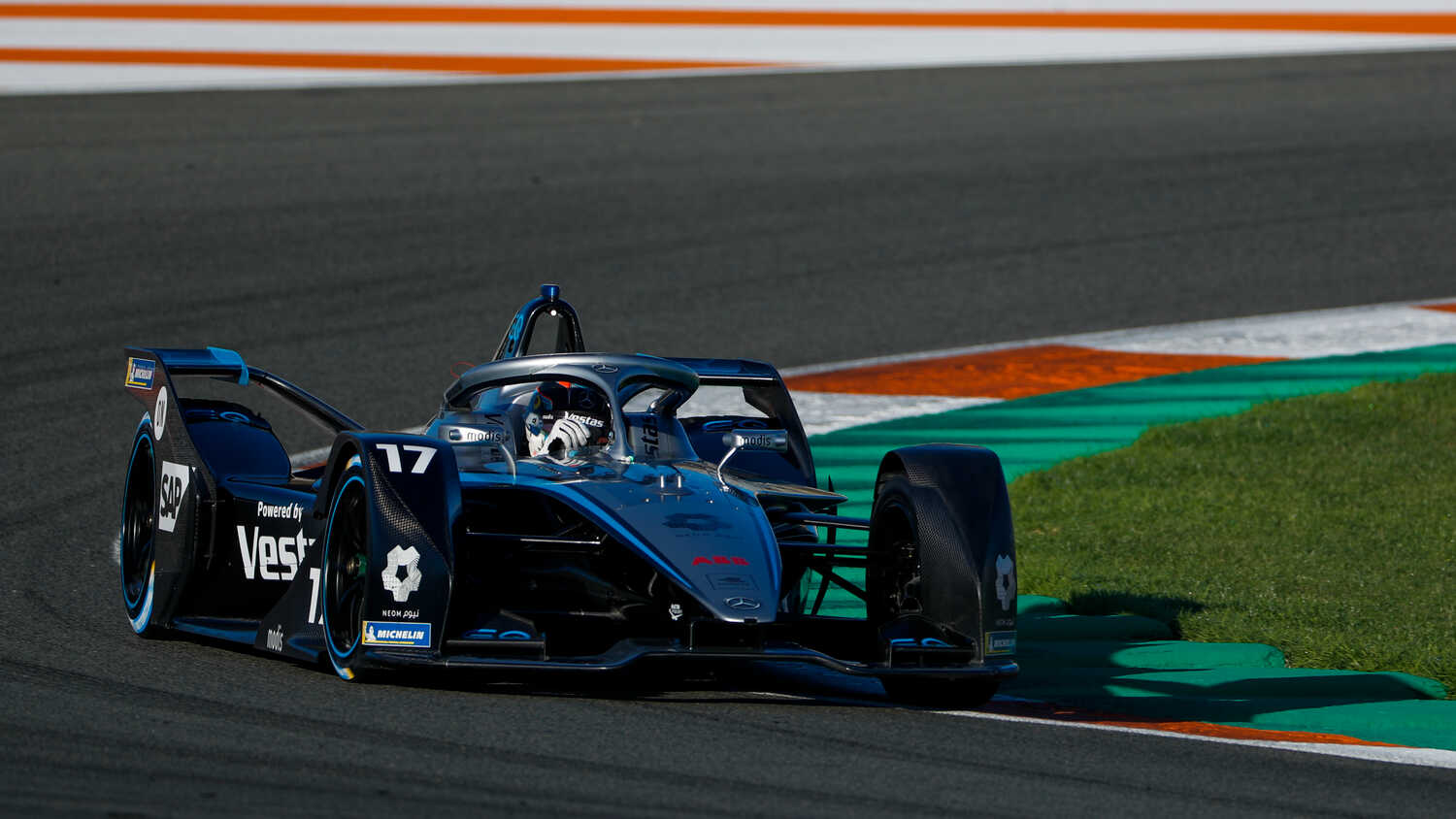 Mercedes EQ driver Nyck De Vries redeemed his torrid weekend in the last Formula E race in Rome with a victory at the first Valencia E-Prix in a rollercoaster race in which only half the grid crossed the finish line as a late safety car made teams underestimate their energy usage.

Antonio Felix Da Costa had led the entire race from pole position on the wet track, but ultimately tumbled down the order on the final lap as his energy depleted along with many other cars as De Vries' teammate Stoffel Vandoorne fought back from last place to score a podium

See a breakdown of the Valencia E-Prix results below: