Mercedes driver Stoffel Vandoorne claimed a second consecutive pole for Mercedes as Nissan's Oliver Rowland threw away his advantage in the final corner. 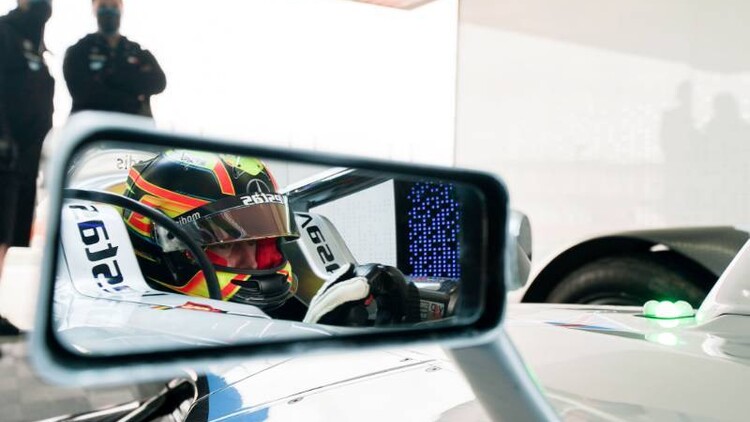 Mercedes driver Stoffel Vandoorne capitalised on a mistake made by Nissan's Oliver Rowland to secure his team's second consecutive pole position of the 2021 Formula E season.

Rowland who up until the final corner was four-tenths up on Vandoorne made an uncharacteristic driving error, making contact with the barrier and losing his advantage after suffering damage to the rear of the car.

The Englishman still managed to qualify third overall behind Porsche's Andre Lotterer, who also made contact with the barrier. Lucas di Grassi, Jean-Eric Vergne, and Maximillian Guenther completed the top six in what was a fast-paced E-Prix in Rome.

A damp track meant that lap times kept improving as the session progressed. This was evident during the super pole segment of qualifying where Lotterer and Rowland could theoretically have qualified on the front row were it not for their driving errors.

A loose kerb on the exit of turn 12 also caused controversy as a modified chicane wall was used in its place. Several drivers made contact with that particular barrier including New Zealander Nick Cassidy who's car was forced to a halt after the ensuing contact.

Coming back to the front, Mercedes and Vandoorne will be looking to maximise their advantage after both Mercedes cars were forced to withdraw from the previous round in Saudi Arabia.