After winning the Formula E World Championship, Nyck de Vries is remaining hopeful about the possibility of competing in F1 in the future. 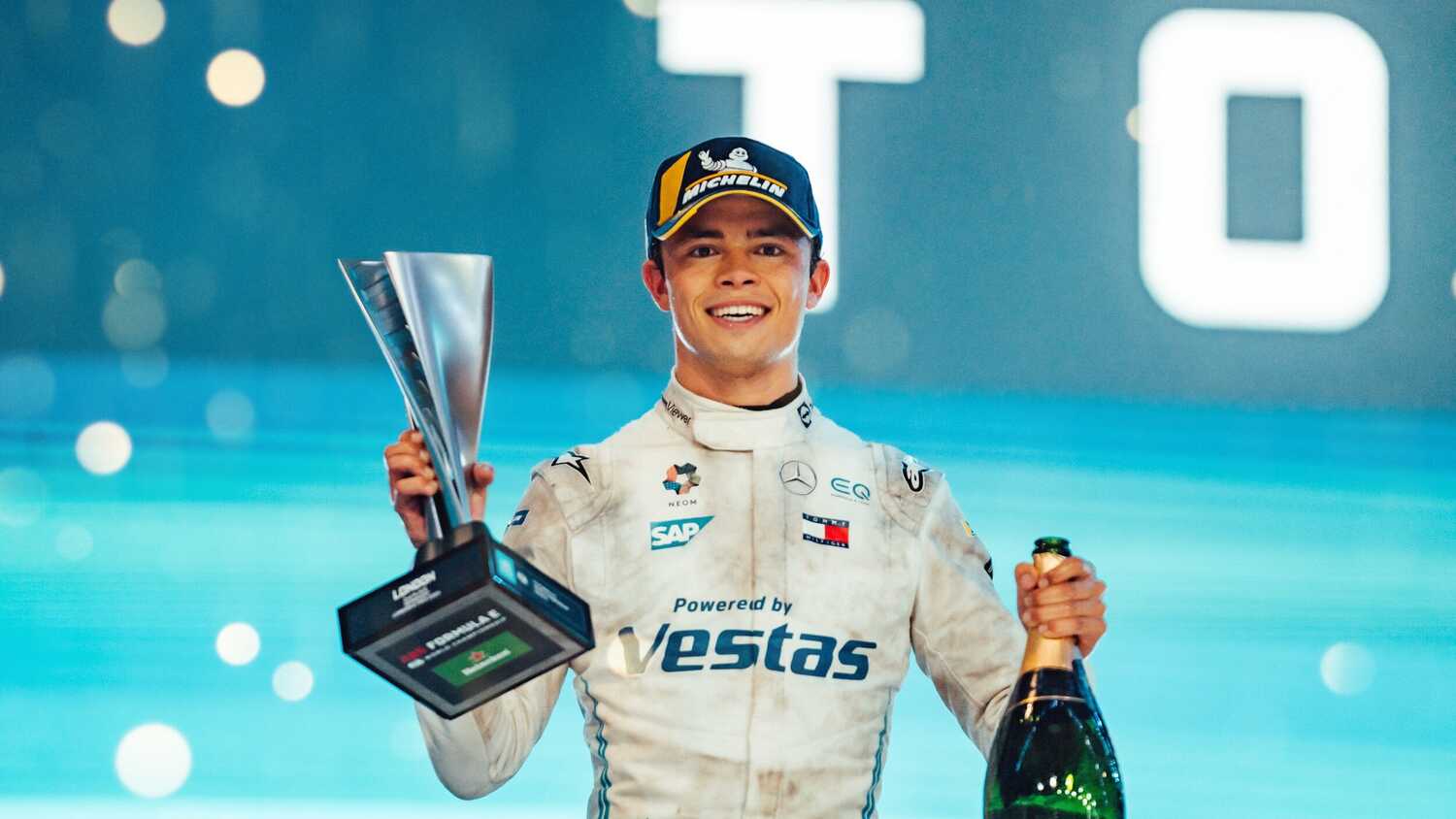 Nyck de Vries is not ruling out the possibility of racing in F1 after winning the Formula E World Championship.

The Mercedes-EQ driver moved to the electric series following his Formula 2 title victory in 2019, given that an opportunity in Formula 1 had not presented itself, and has also competed in the World Endurance Championship.

Whilst the Dutch driver is currently focusing on the possibility of winning at Le Mans, he admits that he still has hopes of racing in F1.

"The dream of every young driver is to eventually drive Formula 1, I don't have to lie about that," de Vries told Formule 1 Magazine. "I am also still a young driver and have always worked towards this goal, although I have taken a different path. I'm still young, and so it's not impossible.

"But in the end, no matter what you do and win, it's never enough. If you win a title, the next challenge is to win title number two, and the year after that you want title number three.

"With a Le Mans victory, it's no different, should I win it. And Formula 1? Of course, Formula 1 is something that is missing. But getting there is one thing, after that of course you want to succeed there."

De Vries has acted as a reserve driver for the Mercedes F1 team this year and Team Principal Toto Wolff recently spoke of how he feels that de Vries and his Mercedes-EQ teammate Stoffel Vandoorne have both earned a shot at being in F1.

Whilst de Vries was flattered by this, he is also aware that getting this opportunity is not entirely in his own hands.

"I have read some of the reports and heard what Mercedes Team Principal Toto Wolff has said," the 26-year-old explained. "Those are nice words. How things will turn out now, I sincerely can't oversee yet.

"I don't have it all in my control. Everything in the world – and certainly in the world of motorsport – is about performing. That is the only way I can influence my career and how I can open doors and force opportunities.

"Whether Formula 1 is closer now? As I said, as long as you perform, you keep opening doors. Winning a championship always contributes to that."

Meanwhile, the Mercedes-EQ team have confirmed that they will leave Formula E at the end of the forthcoming 2021-22 season.