Former Red Bull junior Jaime Alguersuari is looking to step back onto the motorsport ladder, six years after his retirement from the racing world. 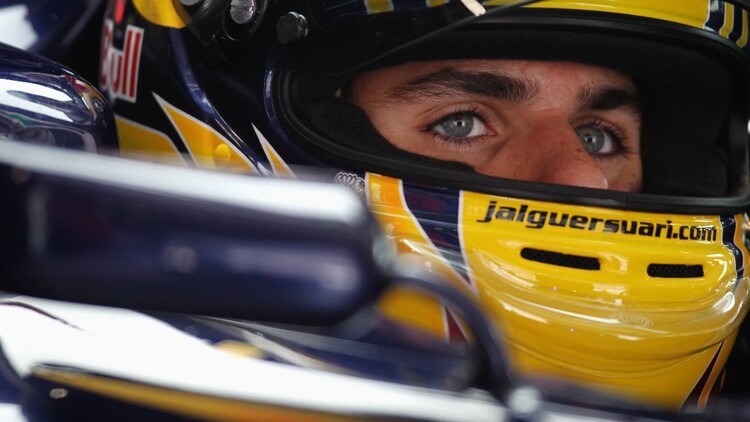 Spanish former racing driver Jaime Alguersuari is looking to dip his toes back into the world of motorsport, six years after retiring from racing.

The former Red Bull-backed driver made his debut with Toro Rosso in 2009, and was the youngest ever driver to compete in a race until Max Verstappen's debut in 2015.

Alguersuari raced with Toro Rosso until 2011, but lost his drive at the end of that year. After two years without racing, he found his way into Formula E with Virgin Racing but officially retired from all motorsport in 2015.

Switching to focus on his DJing career, Alguersuari's forced sabbatical from music due to the COVID-19 pandemic has meant he is evaluating a return to motorsport.

According to repots, Alguersuari is targeting a return to karting at this year's KZ World Championship event at Kristianstad in September.

“I’ve been testing go-karts and having sensations that I didn’t feel for a very long time," Alguersuari told Motorsport.com.

"When I started racing, I was smiling inside the helmet and it was just driving for pure love. Now when I’m back on a go-kart, I have the same feelings and I thought, ‘Why shouldn’t I be back in a situation where I’m competitive and I feel like inspiration back to my life?’

"I struggled a lot, after F1. After I retired, I did not want to hear a word of racing. I didn’t watch any F1 races because it was difficult for me to accept what happened. But now I’ve come through all of that, time makes it easier.”

The Spaniard reckons he won't continue beyond karting, unless he is able to prove to himself that he still has the speed required.

“If I’m not at the level that I expect, to be in the top 10 of the best world go-karting drivers, I won’t do a proper comeback," he said.

"I can feel I have the speed and have those feelings that drove me to perfect my driving. If I don’t have that feeling inside me, I would not even try at all.”