Jean Alesi has made his opinion clear on the current state of Formula 1, directing criticism at team principals Toto Wolff and Frederic Vasseur. 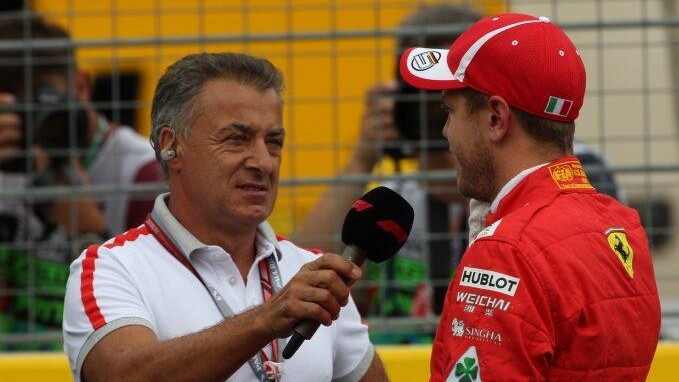 Former Ferrari driver Jean Alesi has lashed out at Formula 1 for being too expensive and voiced his anger at some of the sport's junior programmes.

Giuliano Alesi (Jean's son) is set to compete in the Super Formula Lights and the GT300 championship in Japan, because Jean believes it's impossible to race regularly in Europe.

"He (Giuliano) will race there almost every weekend! You can't do that in Europe unless you pay a lot of money," the Frenchman said to Gazzetta dello Sport. "Nowadays you have to be a billionaire in Formula 1 and buy a team, otherwise you don't end up in the Grand Prix world."

Alesi was particularly unhappy with Alfa Romeo and Mercedes team principals Frederic Vasseur and Toto Wolff who have both been cautious to promote young drivers into F1 in recent times.

"The seats are blocked by Vasseur and Wolff," continued Alesi. "Fortunately, there is still Ferrari, which supplies engines to some F1 teams, so they can also promote drivers. Mick Schumacher also earned a seat in Formula 1 with his Formula 2 title. Without the support from Maranello, it would not have been possible to win that seat."

Alesi then made a clear statement about the financial state of the sport when asked about Sergio Perez who signed for Red Bull in December, replacing Alexander Albon at the team.

"He finished fourth and has a budget of $15 million in his pocket and yet he was almost without a team for the coming season," Alesi added. "These things need to change, there should be no way that Hamilton has to fight like crazy to get what he earns. Why do the young talents in sport have to pay to give a show? It's a disgrace!"