The Argentine raced for the likes of Brabham, Ferrari, Lotus and Williams before retiring in 1982. 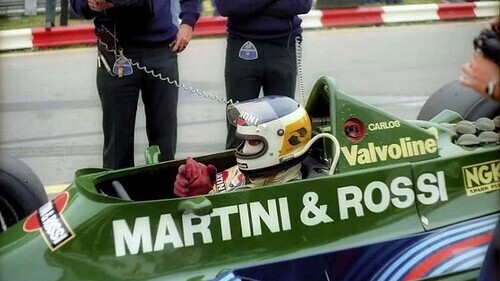 Carlos Reutemann, who finished second in the 1981 F1 World Championship, has passed away at the age of 79 after being hospitalized for over a month.

The Argentine was admitted to hospital in Sante Fe on May 30 before being moved to the ICU on June 21. Prior to that he spent 17 days in hospital in May due to anemia and dehydration. His condition worsened over the last couple of days after suffering further hemorrhaging, before his passing at the age of 79 on Wednesday.

"We are all deeply saddened to hear that Carlos Reutemann has passed away," the F1 Media Twitter account posted. "He was a big part of our sport for many years and was a fighter to the end. He will be greatly missed."

Reutemann was Argentina's most successful driver after Juan Manuel Fangio, winning 12 races while racing for Brabham, Ferrari, Lotus and Williams. He came within one point of the championship in 1981 while racing for Williams, losing out to Nelson Piquet.

After retiring from F1 following the first two races of the 1982 season, Reutemann entered the world of politics and served two terms as governor of his home province of Sante Fe.