The FIA will closely monitor drivers trying to create a gap for themselves, with clampdowns in place for the Azerbaijan GP weekend. 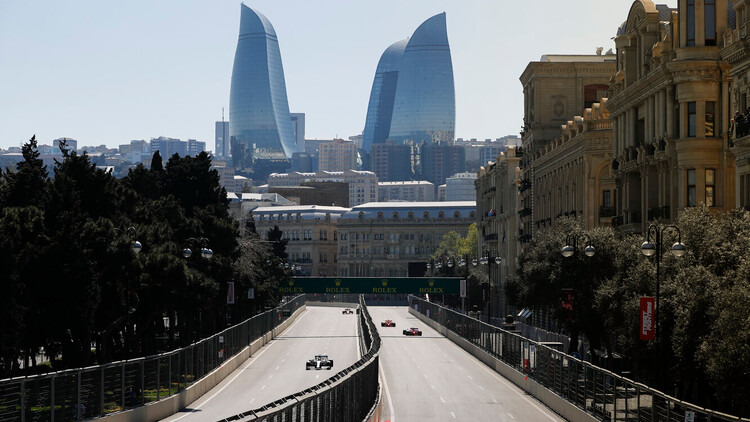 The FIA will be keeping a close eye on drivers trying to create gaps for themselves on track, due to visibility being a safety issue at certain points of the circuit.

The extremely fast Baku City Circuit in Azerbaijan is a temporary venue winding its way through the streets, and the FIA have pinpointed one particular area as being too dangerous to give the drivers free reign to try slowing down to create space.

"During any practice session, any driver intending to create a gap in front of him in order to get a clear lap should not attempt to do this between the entry to Turn 17 through to the exit of Turn 20," said a communication from Race Control's Michael Masi to the teams.

This is the entirety of the third sector, which is a series of blind, high speed sweeps through high walls. A driver on a fast lap encountering a slow driver through this section would have very little time or space to react.

"Any driver seen to have done this will be reported to the stewards as being in breach of Article 27.4 of the Sporting Regulations," continued Masi.

Rules are also in place throughout the weekend to ensure drivers don't drive too slowly around the entire lap, with a maximum time in place for any lap that is not a flying lap or inlap.