Discussions are underway at the FIA's headquarters regarding how to move forward from the contentious conclusion to the 2021 F1 season in Abu Dhabi. 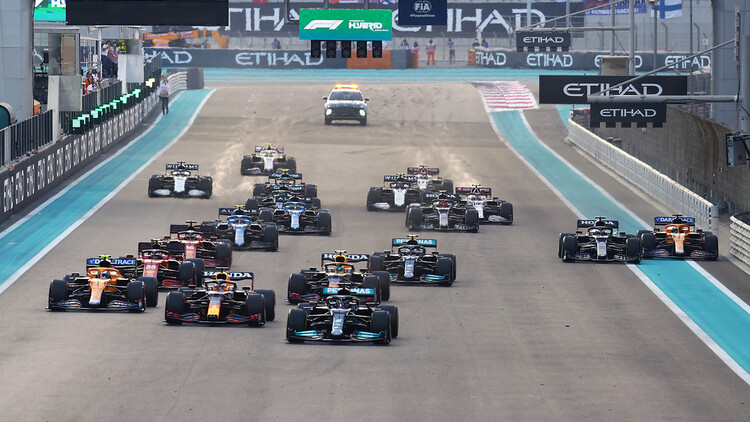 F1's governing body, the FIA, have met for discussions this week in a bid to make progress with their investigation into the title-deciding Abu Dhabi Grand Prix.

RacingNews365.com understands that new FIA President Mohammed Ben Sulayem is leading the talks in Geneva, along with Deputy President for Sport, Robert Reid, who has assumed responsibility for the "detailed analysis" into the closing stages of the race.

A review was initiated after F1 Race Director Michael Masi restarted the encounter for one lap following a late Safety Car period, having only cleared the lapped cars between title contenders Max Verstappen and Lewis Hamilton.

Hamilton had dominated the race up to that point, but was powerless to prevent Verstappen – who had pitted under the Safety Car for fresh tyres – from storming past on the one-lap dash to the finish to take the victory and the world title.

Mercedes boss Toto Wolff expressed his anger at the situation over the radio at the time, and admitted a few days later that he and Hamilton had been left feeling "disillusioned", with neither turning up for the FIA's end-of-season Prize-Giving Gala.

Mercedes lodged two post-race protests, which were thrown out by the stewards, before threatening an appeal, which they ultimately opted against proceeding with.

Abu Dhabi review is of the highest priority for the FIA

Ben Sulayem is understood to have made the review his highest priority since taking office.

All heads of department are present for this week's discussions, from which proposals will be tabled at the next F1 Commission meeting on 3 February – in advance of pre-season testing.

Wolff recently argued that "the whole system of decision-making" in F1 needs to be improved, expressing hope that all stakeholders can work together to learn and apply any lessons for the future.

Earlier this week, rumours emerged about Masi's position as Race Director, after an FIA 'General Organisation' organigram surfaced without his name being listed.

However, Masi is understood to be reporting to Single-Seater Manager and Sports Secretary Peter Bayer, as per an FIA communication at the end of 2021.