Ferrari have swapped out Charles Leclerc's engine for Sunday's race at Monza, with the team going back to unit that they originally intended to use this weekend. 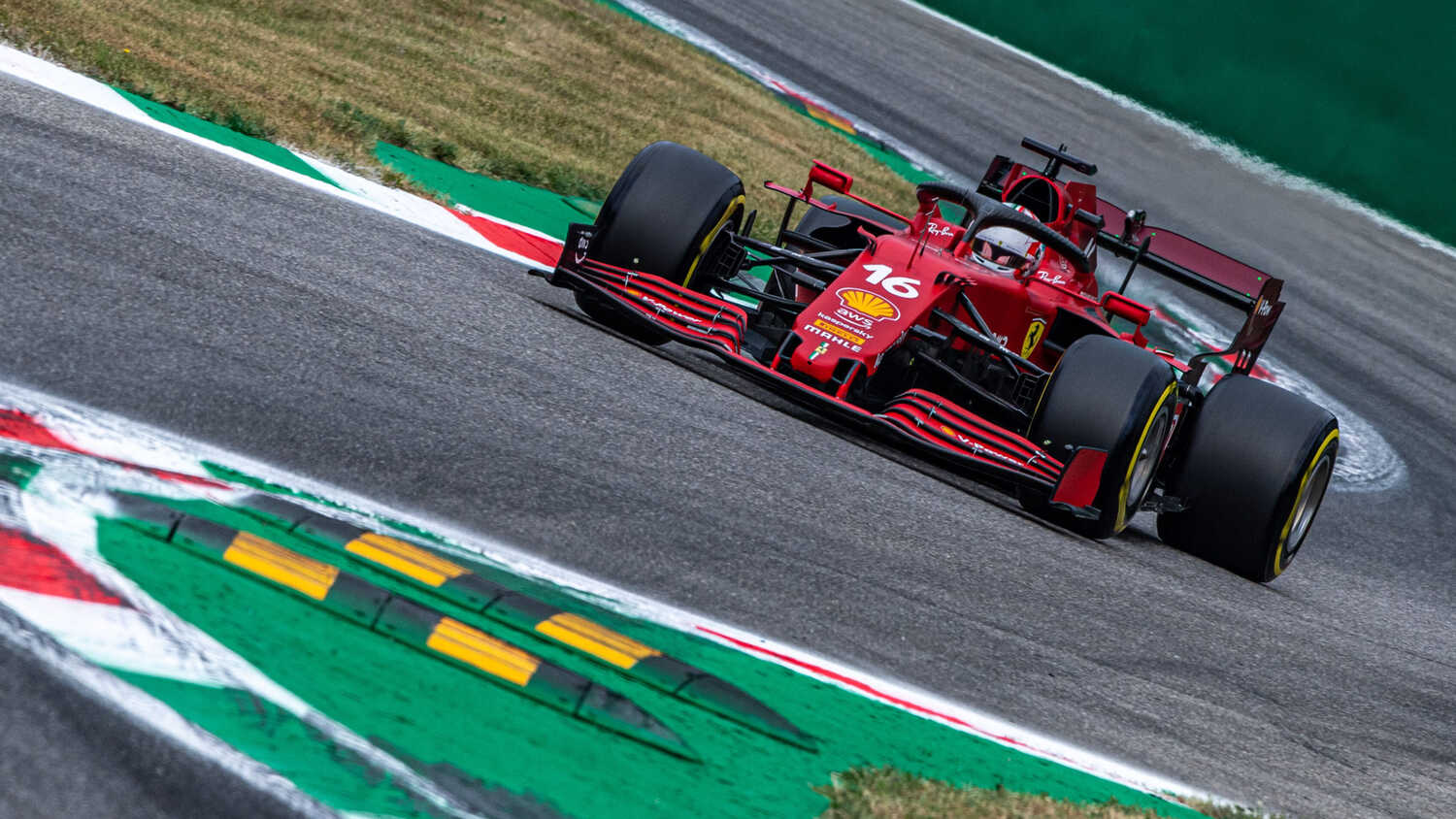 Ferrari's Charles Leclerc will start Sunday's Italian Grand Prix with the power unit that his team originally wanted him to use for this weekend's race.

The Monegasque driver switched from his second power unit back to his first at Monza on Friday morning, due to an issue that was spotted on the second unit.

The first power unit, which already has several Grand Prix weekends under its belt, performed admirably to power Leclerc to sixth in the Italian Sprint Qualifying race, but Ferrari have managed to repair the issue with the original unit they intended to use.

Leclerc's car will thus be fitted out with the second power unit, which has covered fewer miles than the first, with Leclerc lining up in fifth for the Grand Prix as a result of an engine change grid penalty for Mercedes' Valtteri Bottas.

There will be no penalty applied to Leclerc, despite the car being in parc ferme conditions. Teams are permitted to make changes under parc ferme for parts of the exact same specification.

As Ferrari didn't change engine spec between their first and second power units, they can fit the used power unit again without triggering any penalties. As the power unit was also removed and fixed outside of parc ferme conditions, it can be returned to use.

"The problem with the electronic management of the engine braking on Charles' car that led to his PU being changed after Friday's sessions, as a precaution, has now been fixed," read a statement from Ferrari.

"Therefore, the original PU has now been put back in his car for the race."

Ferrari are due to introduce a third power unit of a new specification before the end of the year, in order to introduce engine updates ahead of the engine freeze introduction.

Had this specific issue happened after the introduction of this power unit, the team would not have been able to make the swap without triggering a penalty, due to the engines being of different spec.