Ferrari have their say in Red Bull and Mercedes debate

Lewis Hamilton's penalty at the British GP will not be revisited, however Ferrari's Mattia Binotto offered his thoughts on how F1 drivers should be punished. 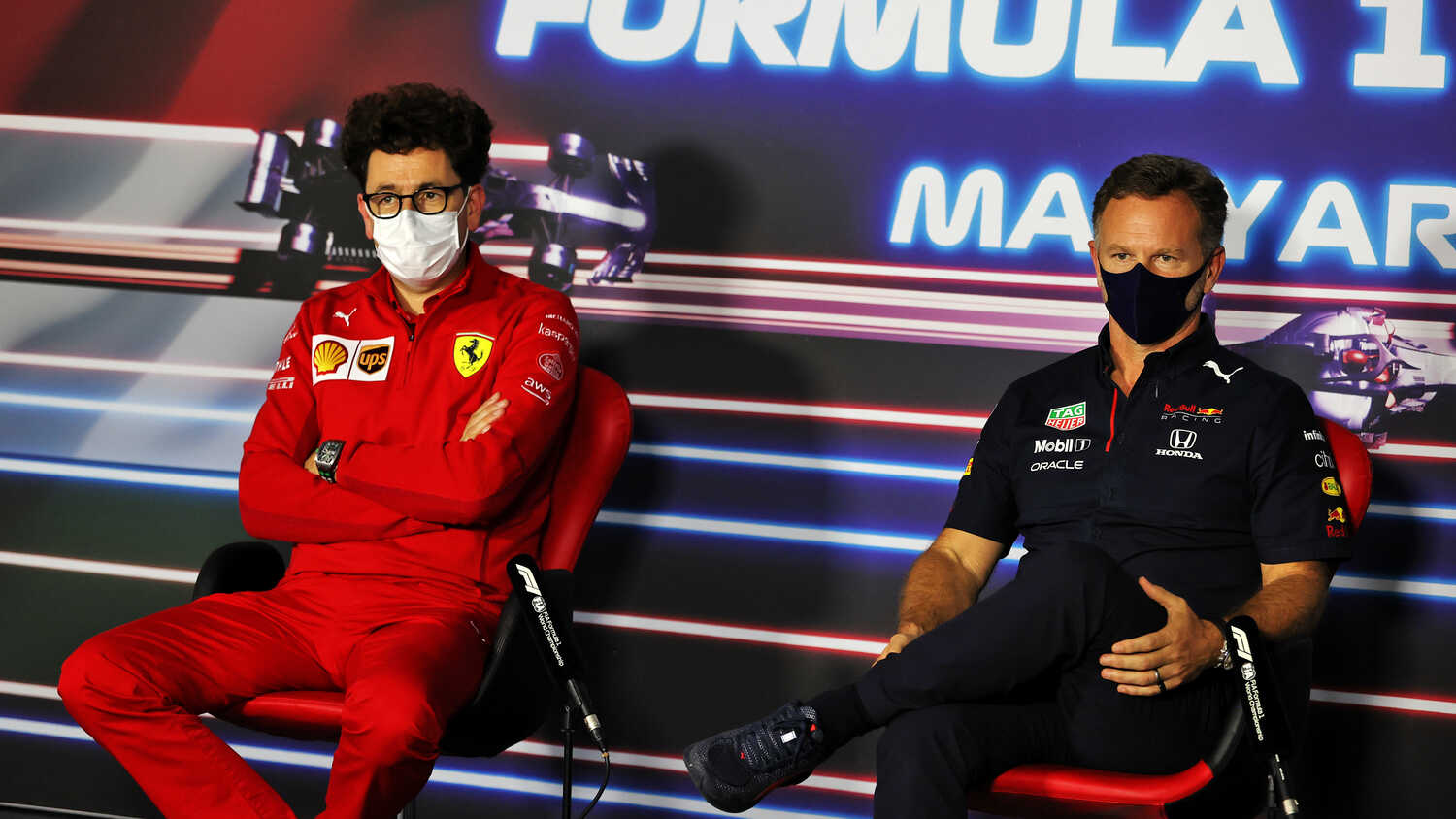 There has been a lot of discussion regarding the decision to reject Red Bull's right of review over Lewis Hamilton's British GP, with Ferrari team principal Mattia Binotto stating he believes the process should remain in place.

Red Bull were hoping the Briton's penalty would be revisited, however that request was rejected on Thursday. Although Ferrari had a similar request turned down by the stewards two years ago, Binotto still thinks the process serves a purpose.

"As far as the [right of review] process, it's good it is in place," Binotto told RacingNews365.com and other members of the media. "I think the process gives the teams an opportunity to ask for it.

In terms of the penalty given to Hamilton, Binotto made it clear that the outcome of an accident shouldn't play a role in the type of punishment that is handed down.

"Looking at what happened last race, I don't think it's a matter of judging who made the mistake," Binotto added. "I think that has already been decided as there is a penalty so no doubt, Lewis did something wrong.

"Our view is that the penalty should not be based on the outcome of the accident, that would be wrong. You should judge the matter in and of itself.

"We felt that the maneuver made at Copse was certainly dangerous. That's why the size of the penalty can be judged differently based on where it happens, but that's a discussion we may have between team principles, the FIA and the F1 committees, to see if anything different is needed."