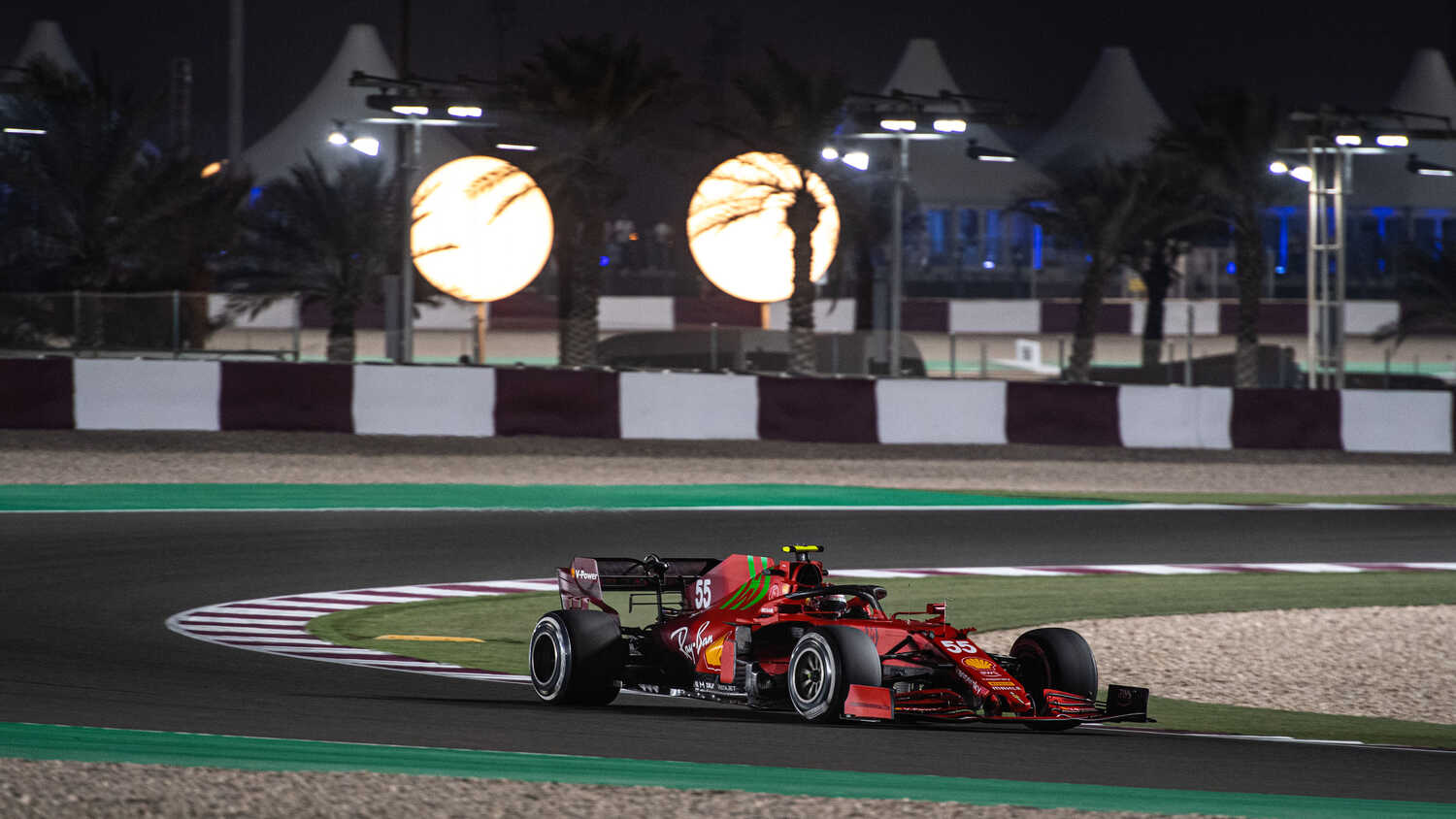 Ferrari's Charles Leclerc and Carlos Sainz both earmarked AlphaTauri as being potential interlopers in their battle with McLaren over third place in the Constructors' Championship.

With the two historic teams entering the final three races of a year-long battle, momentum has been with Ferrari at recent events, but McLaren and AlphaTauri both managed quicker laps than the Scuderia in the second practice session at the Losail International Circuit.

"I think McLaren and AlphaTauri will be our main competitors - we are behind them for now. But I think we are quite confident that we can find the pace that we lack at the moment."

Sainz agreed with his teammate's assessment, having finished the day in 10th place and trailed the faster times set by both McLaren and AlphaTauri.

"At the moment, they look like the stronger package, both McLaren and AlphaTauri," he commented.

"Looking at the GPS data, we are actually pretty handy in the corners and we are just lacking a bit of speed on the straights.

"Maybe they've taken out a bit of downforce here and we have kept the max, so [there are] a few things to rediscover and to investigate tomorrow, but at the moment, they look like the quicker package."

Leclerc picks up a speeding fine

Leclerc was given a €200 fine during practice for speeding in the pit lane, with the Monegasque explaining afterwards what had caused him to make the error.

"Just a problem with my finger," he laughed, when asked about how the incident unfolded.

"I was checking the steering wheel and I saw a white line and I thought it was the end of the pits, which it wasn't! It was another white line and then I reacted to it and braked, but it was too late!"