After back-to-back poles in Monaco and Azerbaijan, it looks as though Ferrari won't be challenging for a third at Paul Ricard. While both Charles Leclerc and Carlos Sainz are pleased with how Friday went, it was challenging to say the least. 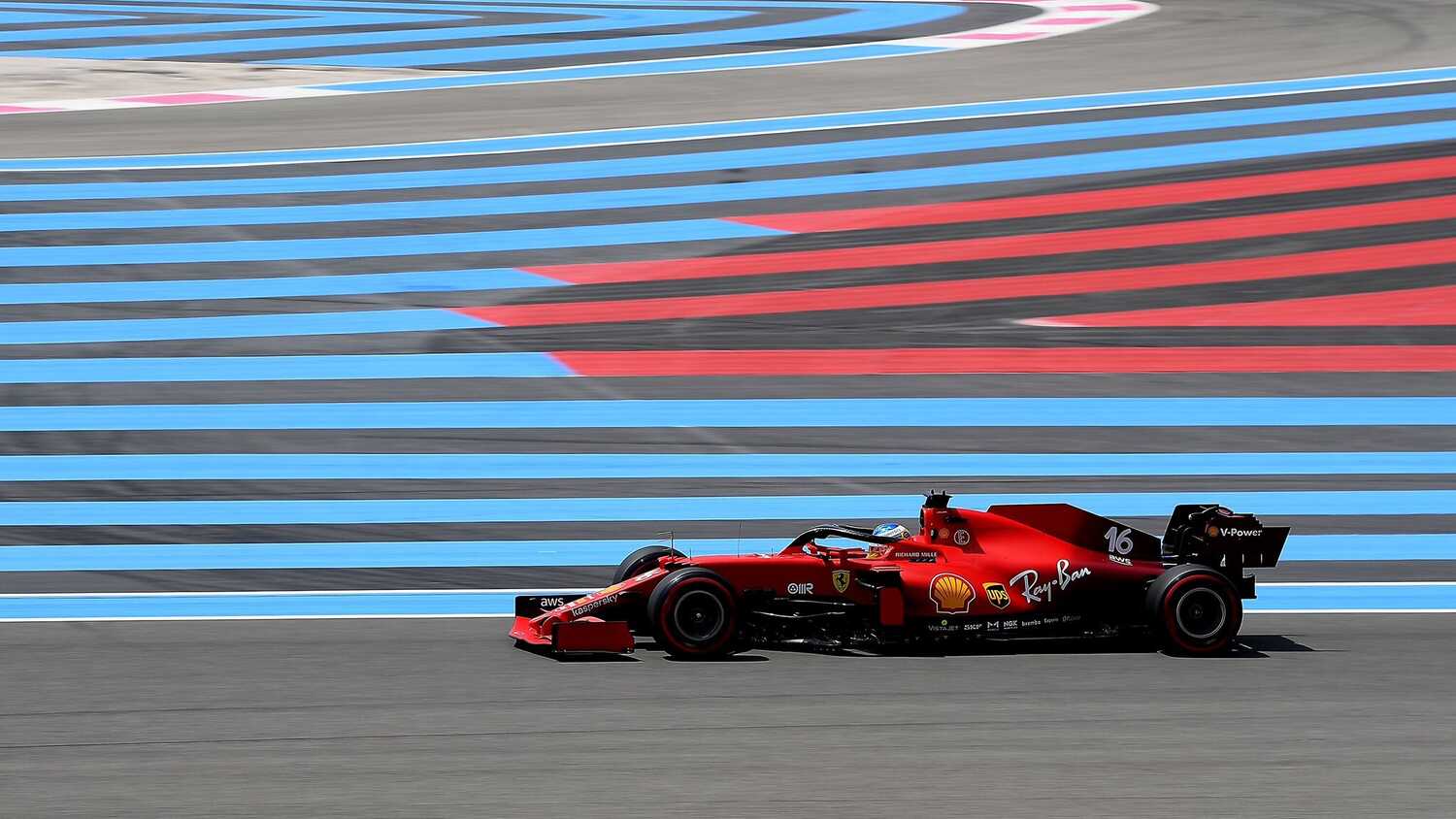 Windy conditions played a factor in Ferrari's performance during practice for the French Grand Prix, however both Charles Leclerc and Carlos Sainz are reasonably pleased with how their days went.

Both drivers ended FP2 inside the top 10, with Leclerc setting the fifth fastest time and Sainz slotting ending the day eight. The Monegasque driver noted that strong winds made things tricky for him, and the rest of the grid, however he's satisfied with how his Ferrari performed despite not challenging for the top spots like in Monaco and Azerbaijan.

"The main focus today was on car balance," Leclerc said via a Ferrari press release after both sessions. "The wind was very strong, which made it tricky to drive, but that was the same for everyone so we just had to try and find a good way to manage in these conditions.

"In general, here things are looking more in line with what we expected compared to the last two race weekends, where we had pleasant surprises.

"Our performance today was not bad and although we still have quite a bit of work to do, we made a nice recovery from FP1 and the car felt better this afternoon."

Sainz had a bit of tricky day compared to his teammate, spinning at Turn 2 in FP1, though he wasn't along as Mick Schumacher and Sebastian Vettel also had their own issues.

The Spaniard stated the direction the wind came from was the biggest issue, as it made everyone that much slower.

"Today was quite tricky," Sainz said in the same press release. "We knew that this layout would be challenging for us compared to some of the previous races, so today went more or less as expected. However, we are not that far away and we are reasonably pleased with the car balance.

"The trickiest thing was the strong wind, which was blowing in the worst possible directions, with a head wind on the straights and a tail wind in the corners. It made the circuit challenging and slower."