Established in 2009, the Ferrari Driver Academy marked their 12th year of classes by welcoming six of the eight drivers they will support in 2021 to their facilities on Monday. 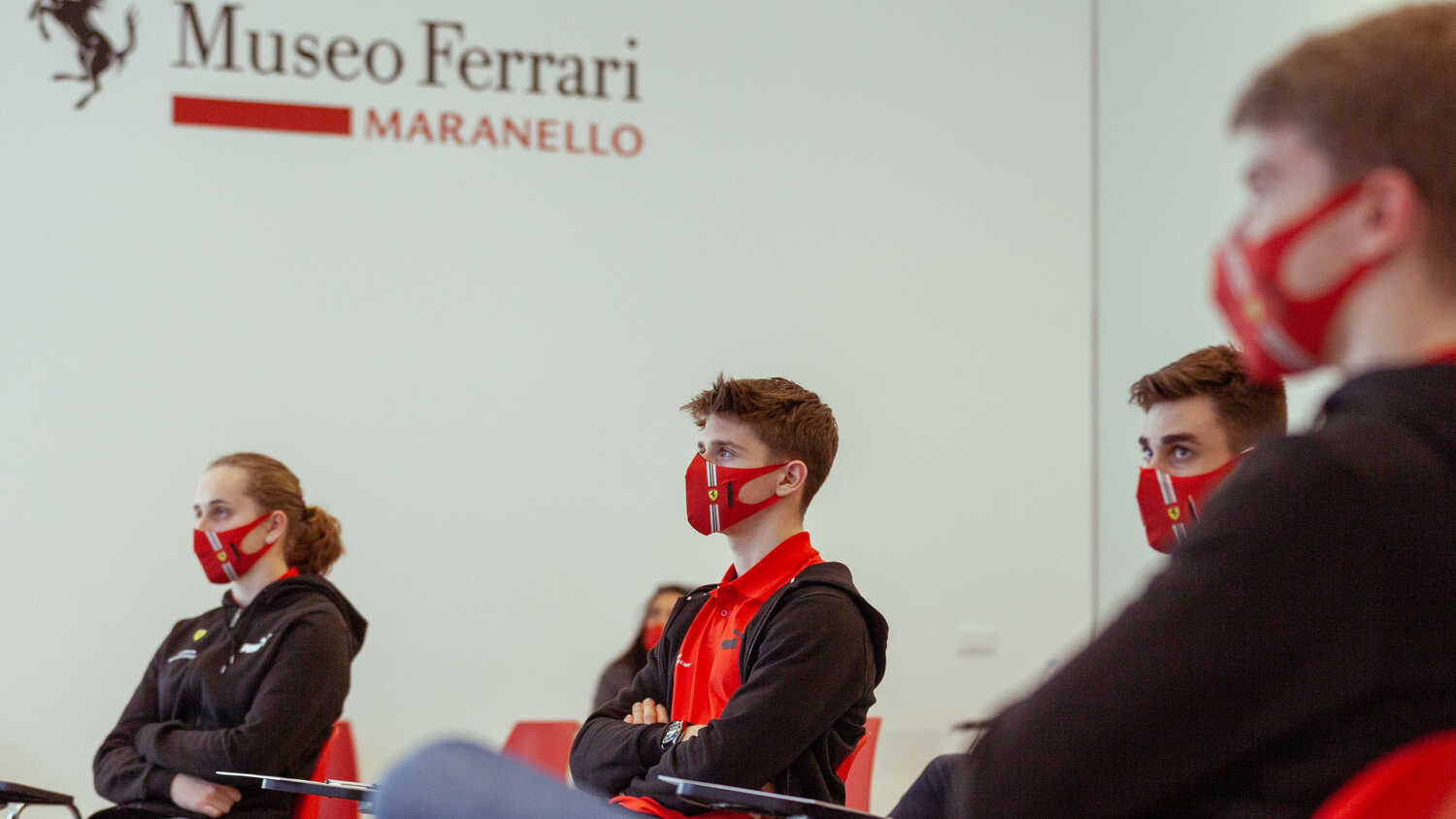 The Ferrari Driver Academy began their 12th year of courses on Monday, with the program hard at work preparing talented youngsters for a potential Formula 1 drive for Ferrari in the future.

This year will see eight drivers trained and supported by the program, with Head of the FDA Marco Matassa, team principal Mattia Binotto and sporting director Laurent Mekies welcoming six of the youngsters to the facilities on Monday. Mick Schumacher and Callum Ilott will continue their development in F1 this season, with the German racing for Haas and the Brit named the Scuderia's test driver.

Robert Shwartzman and Marcus Armstrong will race in Formula 2, Arthur Leclerc in Formula 3 and Dino Begovic in Formula Regional. The last two arrivals, Maya Weug and James Wharton will participate in Formula 4 and karting respectively.

"Today marks the official start of the new season for the Ferrari Driver Academy," Binotto stated in a Ferrari press release. "It’s an important moment, not just for the eight participants in the 2021 academic year but also for the whole Scuderia. We have always said that the FDA is not just a school that has to help the best youngsters make it to Formula 1, but that above all it must train those that one day will be the standard bearers for Scuderia Ferrari in the top level category of motor racing.

"We achieved that with Charles Leclerc and we are pleased that this year, another driver who grew up with us, Mick Schumacher, will also make his F1 debut. Apart from the well known names of Callum, Robert, Marcus, Arthur and Dino, listed in order of their ages, I am very pleased to welcome the two new students, Maya Weug and James Wharton, who join the Academy this year. Their arrival is important because it also confirms the effort we are putting in when it comes to making motorsport more inclusive.

"I wish all of them the very best of luck and hope that they will progress and be successful during this season which they should tackle with humility, determination and with a desire to learn, without ever forgetting that they are following their dream."