Ferrari have been forced to change Charles Leclerc's chassis, after the Monegasque crashed late in second practice at Spa-Francorchamps on Friday. 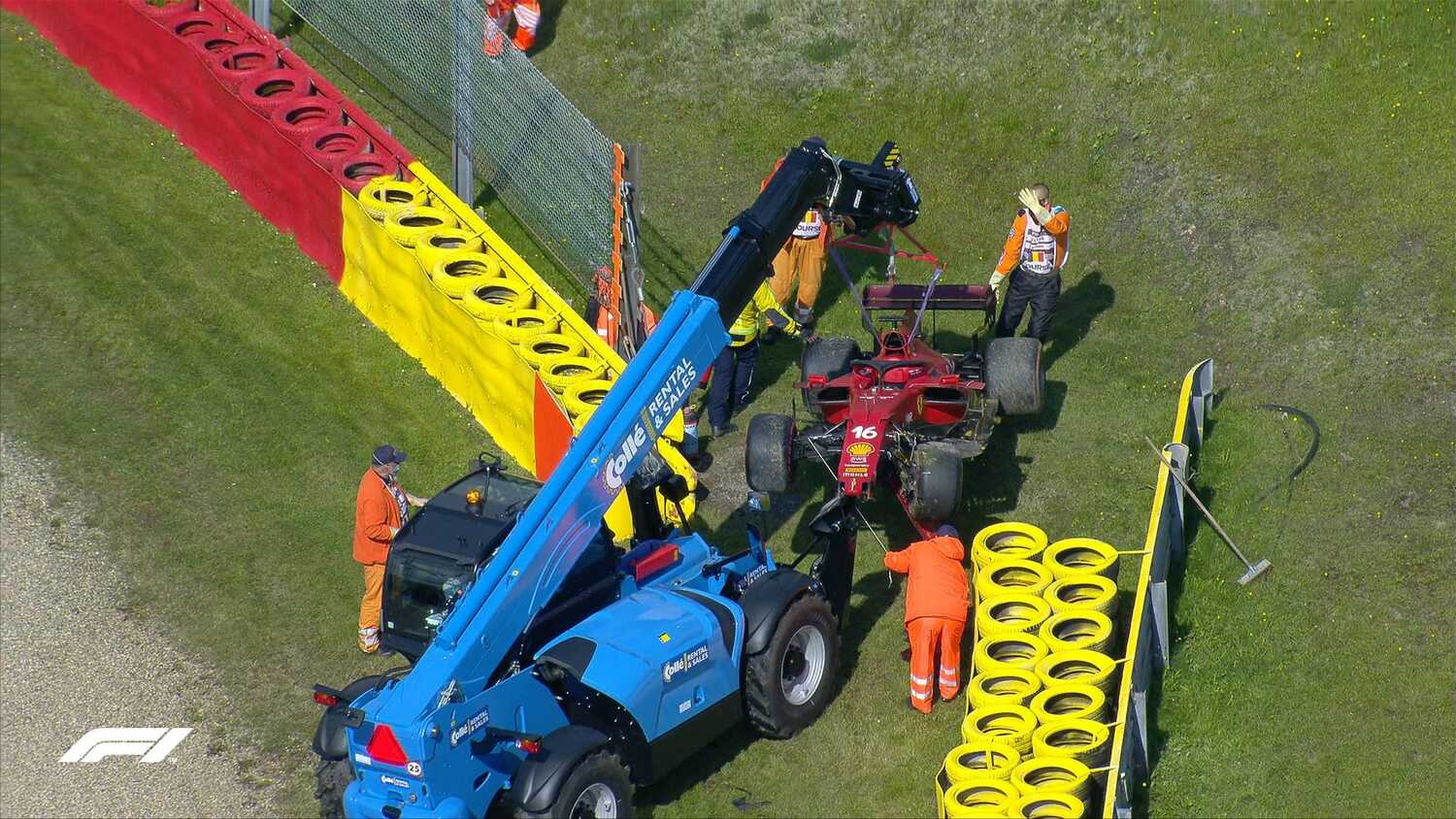 Ferrari have given Charles Leclerc a new chassis for the Belgian Grand Prix weekend, after he crashed in the closing stages of second practice at Spa-Francorchamps.

Leclerc lost the rear of his SF21 going through Malmedy with 15 minutes remaining in FP2, and wasn't able to gather it back up again before striking his front-left corner against the barriers.

The damage didn't seem too hefty at the time but Ferrari announced on Saturday morning that they have given Leclerc a fresh chassis due to the extent of the work required to fix it.

"We announce that following the incident in the second part of FP2, the chassis of Charles’ SF21 sustained damage that cannot be repaired in a short space of time," said a statement from the team.

"Therefore, yesterday evening, a spare chassis was built up and Leclerc will use this as from FP3."

Speaking at the end of Friday's running, where Leclerc finished the day in 18th place, the Monegasque admitted to his mistake and that the car hadn't felt good on track.

"It's been a very tricky day overall, I think, for everyone, because of the conditions," said Leclerc.

"But we have one night to work on the car to come back stronger tomorrow.

"Obviously, I would prefer to not end the day in the wall, but it's part of free practice and I'll try not to redo these mistakes later [in the weekend]."

"FP2 didn't feel great," Leclerc continued. "We need to understand [why] because we didn't change much on the car. So there's definitely plenty to understand and hopefully we'll do a good enough job.

"But I am confident that we'll be able to do a good enough job to understand what went wrong in FP2 to be better tomorrow."