F1's first and only six-wheeler

During the 1976 season, the Tyrrell team stunned the F1 paddock by debuting its now-famous six-wheeler. This is the story of the P34. 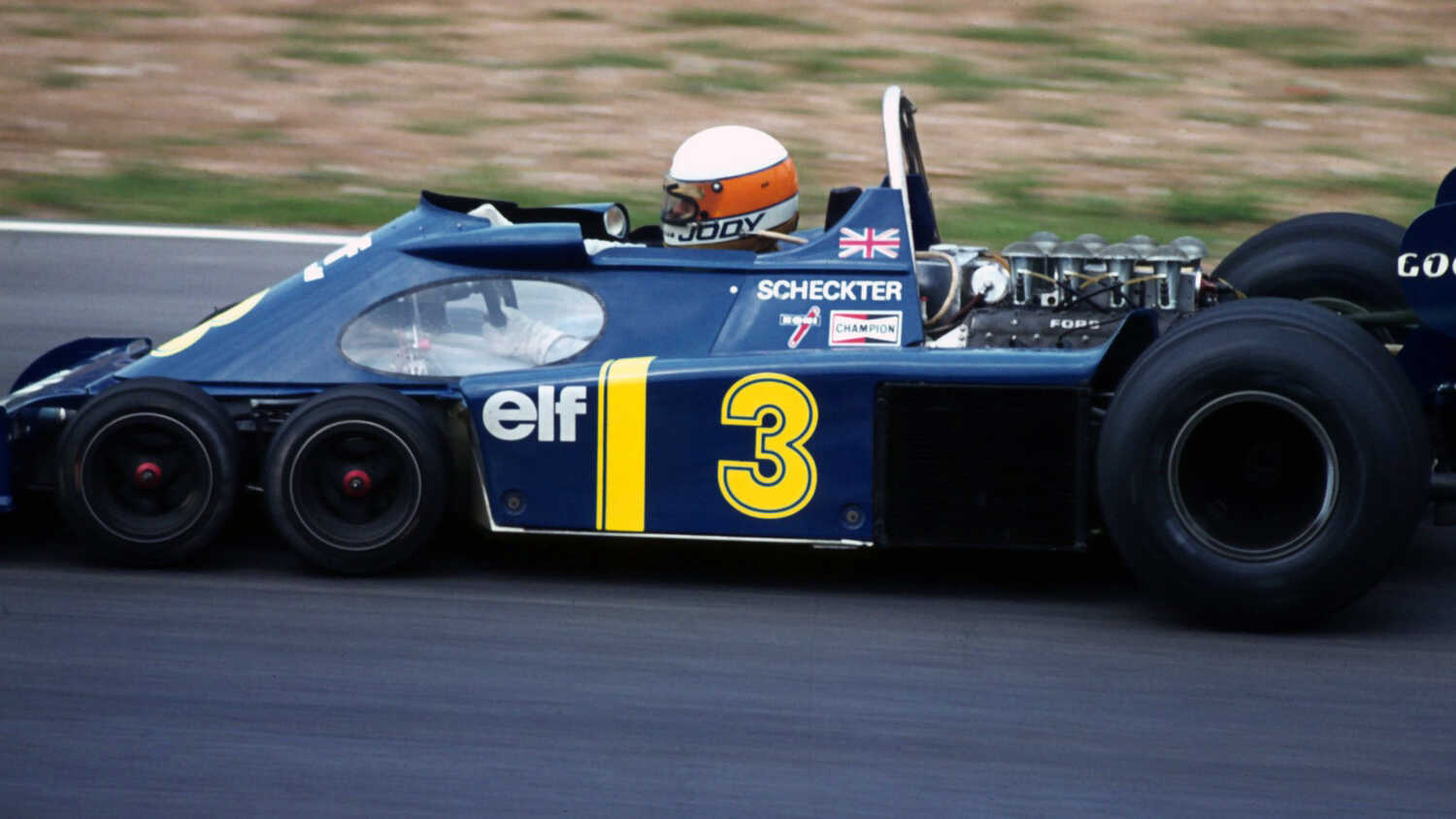 There was a wealth of innovation in Formula 1 during the 1960s and 1970s. Engineers experimented with an array of concepts such as large wings, big airboxes, and magnesium bodywork. However, the two most radical ideas were the use of ground effects, which was pioneered by Colin Chapman and Gordon Murray and F1's first, and the six-wheel car pioneered by Tyrell designer Derek Gardner.

During the mid 1970s F1 stipulated that the maximum width of the front wing could not exceed 1.5 meters. Given this constraint, bear in mind the dimensions of the car also needed to include the steering mechanism, front suspension, and tyres, Gardner proposed that the team use a smaller front wheel in order to tuck them inside the front wing to ensure an aerodynamic advantage. This idea manifested itself into what we now know as the P34.

A wheel that was 10-inches in diameter was fitted to the car, however, with a limited contact patch to work with the team opted to run four tyres at the front rather than two. This gave them a performance advantage as it offered the engineers a greater brake area to maximize. The downside was it forced the team to use a larger suspension and made the steering apparatus more complex.

The steering issue was solved by connecting only the two front wheels to the steering while the second pair of wheels were attached to the front using a bell crank. This workaround gave the car a phenomenally light steering wheel that almost made it seem like it was power-assisted.

The P34 officially made its debut at the 1976 Spanish Grand Prix, with future Ferrari champion Jody Scheckter, and Patrick Depaillier at the wheel. While neither driver would finish the race in Spain, they would both finish on the podium, finishing second and third, at Monaco. A race later the car would take its first one-two finish at the Swedish Grand Prix.

The P34 wouldn't win a race for the remainder of the season, although it would go on to claim six second-place finishes enabling Tyrell to finish third overall in the team standings.

The car would race for one more season, though after undergoing a redesign, it would lose its competitive edge and Tyrell would eventually bin the concept.

Several teams unsuccessfully tried to introduce their own version of a six-wheel concept car, including the likes of Williams and Ferrari, though neither team would race their prototypes and cars having more than four wheels would eventually be outlawed by the FIA in 1983.