Another intense round of the 2021 Formula 1 season saw Lewis Hamilton come out on top against Max Verstappen at the Qatar Grand Prix. RacingNews365.com rates the whole field on how they performed at Losail International Circuit. 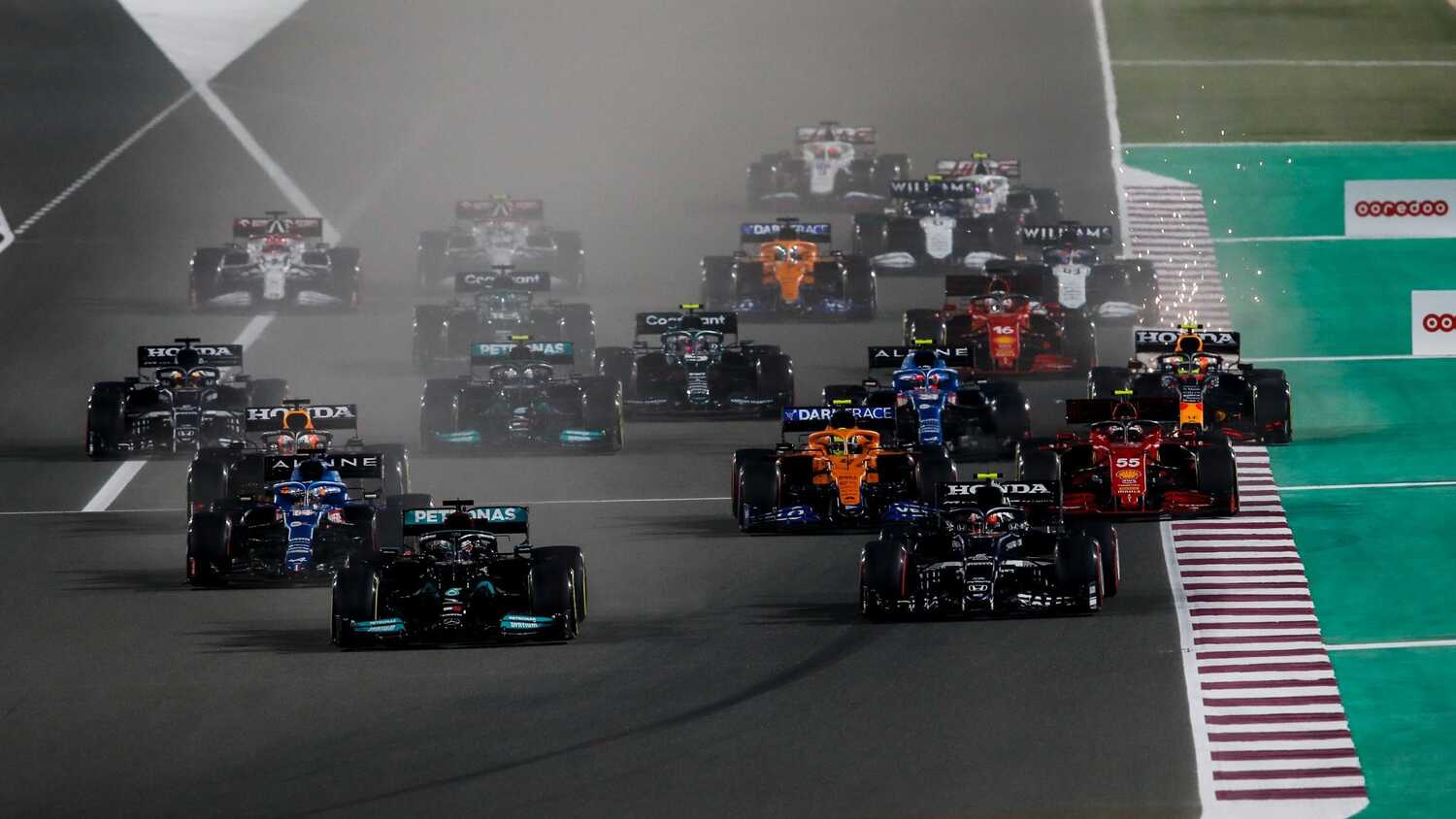 Hamilton's win never looked under threat as he comfortably drove to victory at the Losail International Circuit, ahead of Verstappen.

Fernando Alonso finished on the podium for the first time in more than seven years as he held off Sergio Perez for third place.

Our ratings solely look at how well the drivers got on throughout the Qatar GP weekend.

Hamilton continued his form from Brazil to execute a brilliant weekend in Qatar. His lap to take pole position was outstanding and was overshadowed by the yellow flag controversy.

He nailed the start and simply romped away to build a gap whilst Verstappen made his way up the order. From there, the win was never in doubt and Hamilton had everything under control.

The seven-time World Champion always seems to perform at his best towards the end of a season and his performances this month have underlined that sentiment.

Verstappen should have been told to slow down at the end of Q3 by his engineer, given that there was no need to improve his lap time.

It would have been easy to get caught up in an incident or overdrive at the beginning of the race, but he kept his cool and quickly moved back into second place.

He made it look easy and maximised his result by also taking the extra point for the fastest lap of the race. Not quite vintage Verstappen, but still excellent. 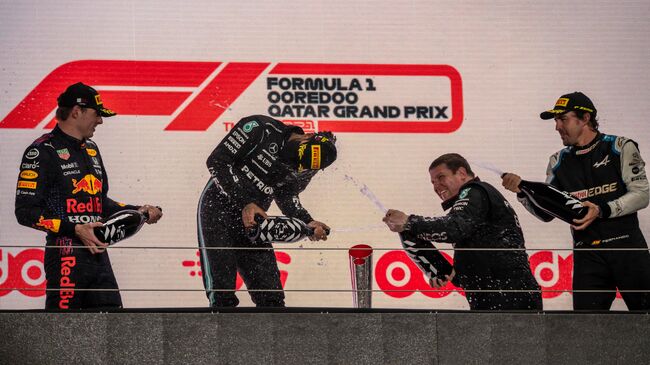 Alonso has been fantastic for most of the season and thoroughly deserves a podium.

He drove sensationally all weekend and found the groove of the Losail International Circuit early on which enabled him to search for precious hundredths of a second whilst others struggled.

Qualifying fifth and starting third, he knew Pierre Gasly would be his target man in the race. A bold move around the outside of Gasly at Turn 2 was key and set him up for the rest of the race.

It was a brave decision to stay on a one-stopper considering several other drivers were having punctures. Alonso managed his tyres perfectly to nurse his Pirelli rubber to the end.

It was a nice recovery from Perez but his qualifying performance let him down when Red Bull badly needed him up the grid.

Perez was simply far too cautious en route to being knocked out in Q2. A typical 'Perez Sunday' saw him get onto the back of cars and overtake them one by one.

He questioned the team's decision to go onto a two-stopper and it probably saved him from a puncture. Perez's pace was strong in the race, but it was a poor qualifying. Fortunately, he hasn't had too many off-par Saturdays recently. 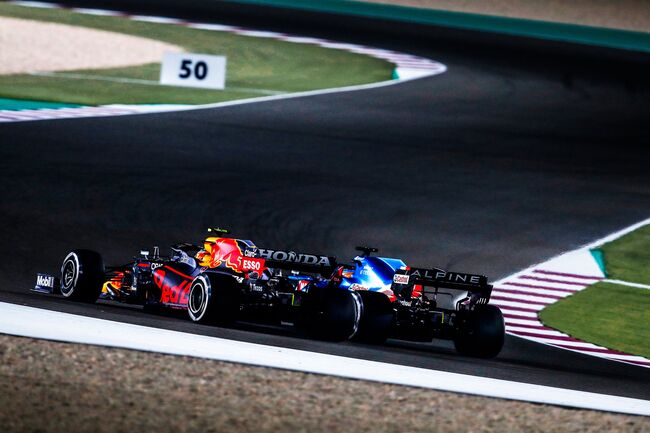 Esteban Ocon had a strong getaway and maximised his result from where he started. The Frenchman's pace improved as the race progressed and he made the one-stop strategy work, just like Alonso.

It was almost a parallel to Alpine's Brazil race, except they had a much better car and executed under the pressure.

Lance Stroll had one of his best drives in F1 to move from 12th to sixth, and even pushed Ocon hard for a top five spot at the end of the race.

He managed to keep Valtteri Bottas at bay early on and undercut Carlos Sainz, which proved to be pivotal.

Whether Qatar was a one-off remains to be seen, but you have to give Stroll some serious credit for a great race. 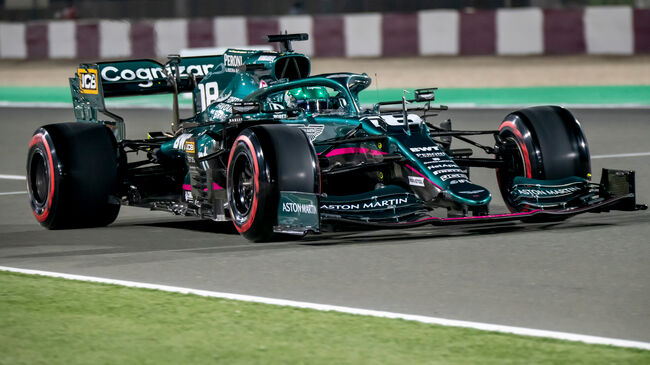 It was a weekend of two halves for the Ferrari pair. Sainz definitely had the upper hand with one lap pace, but struggled in the race.

The Spaniard was stuck behind Ocon and it was difficult to tell whether he had more pace to give or was driving near his limit.

Sainz and Charles Leclerc both pitted on the same lap and finished just 1.2 seconds apart, so it was another very even weekend.

Leclerc's cracked chassis was the reason for his dreadful qualifying, which came a big surprise at the time. However, his pace on Sunday suggested he would have been able to at least match Sainz, had he been in a fully working car.

The main criticism about Leclerc's race was his decision to fight Alonso and Perez on his in-lap when they were in a different race.

Nevertheless, Leclerc managed his tyres well and Ferrari have taken another step closer to third place in the Constructors' Championship. 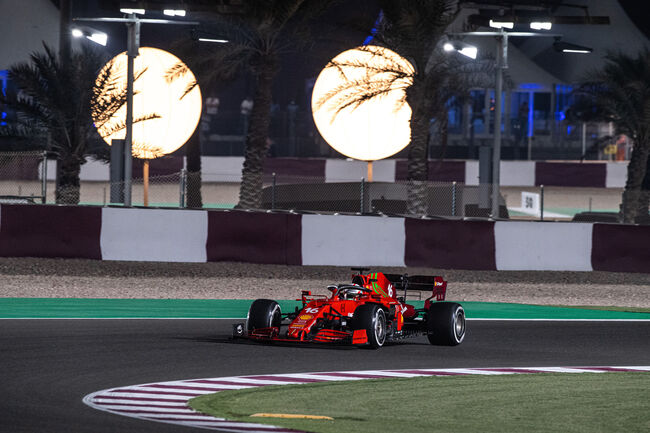 Lando Norris was back to his best, qualifying in sixth and on course for a top-five result until his puncture.

Norris' stint on the Soft tyres was superb, managing them very well to complete 25 laps whilst racing hard.

It was a drive that went under the radar and more bad luck struck when he was on course for a big result.

Sebastian Vettel had a disastrous first corner, getting caught out wide on the dirty line which put him down to 17th.

The pace in his Aston Martin was very good, though, so he was able to recover with a clean drive through the field to claim a solitary point. 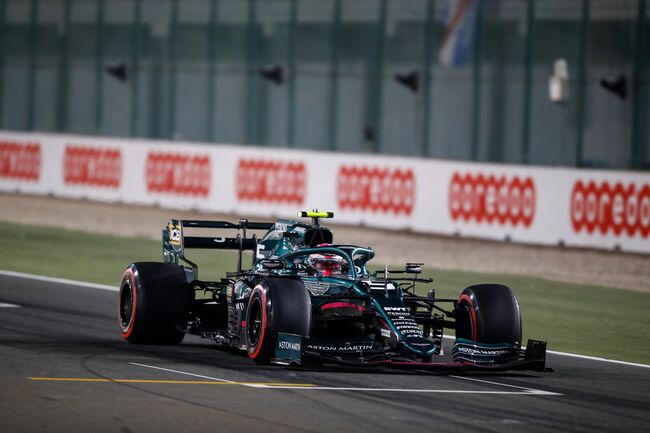 Pierre Gasly continues to impress and his fourth place in qualifying was a mighty effort. He looked excellent from the outset, getting to grips with the Losail International Circuit very quickly.

In the race, the car simply didn't have the pace, so he went backwards.

AlphaTauri tried an aggressive two-stopper to rescue Gasly's race but it didn't work, meaning he finished outside of the points for only the third time this season - when he's taken the chequered flag.

Daniel Ricciardo had a fuel sensor issue which forced him to save fuel for the majority of the race. This makes his weekend difficult to rate, but it still doesn't look good.

Qualifying three-tenths of a second behind your teammate in Q2 isn't that bad, but when it puts you down in 14th, it underlines how competitive the midfield is and how important it is to be on the right side of the stopwatch.

A difficult event for Ricciardo.

Yuki Tsunoda had one of his most promising weekends of the year. Unfortunately, it came on a track where AlphaTauri didn't have the speed against their midfield rivals.

On a circuit where only two drivers have raced before, Tsunoda was much closer to Gasly, which will give him confidence.

AlphaTauri's non-score and Alpine's double top-five finish has almost certainly given the team at Enstone fifth place in the Constructors' Championship. 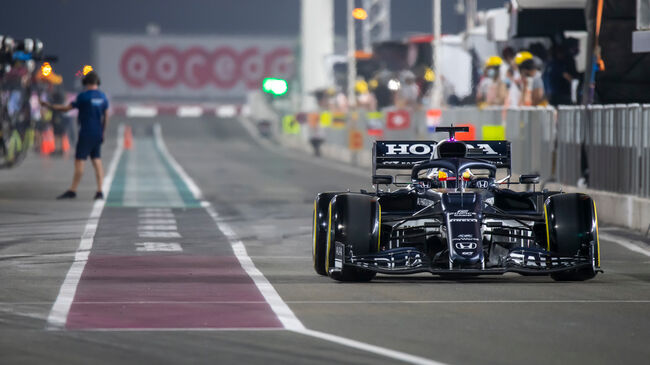 Kimi Raikkonen maximised everything he could from his Alfa Romeo all weekend, beating Antonio Giovinazzi in qualifying and showing better pace in the race.

Raikkonen had a very close moment with Nicholas Latifi, just avoiding him at Turn 1, but could do nothing about the cars in front.

Giovinazzi knows he now has just two more races left as an F1 driver, after Guanyu Zhou was confirmed as his replacement for the 2022 season last week.

The Italian usually outqualifies Raikkonen, but was outpaced for much of the weekend. He had a good start, making up four places, before settling in for the rest of the race to finish behind Raikkonen.

Mick Schumacher had an excellent race, executing the Soft-Medium strategy wonderfully for a rookie.

Schumacher stayed with the Williams drivers of Latifi and George Russell in the first stint and had good pace to not let the Alfa Romeo drivers get too far up the road when they caught him on their alternative two-stop strategy.

Arguably, the drive of the day that went under the radar the most, so a top job by Schumacher. 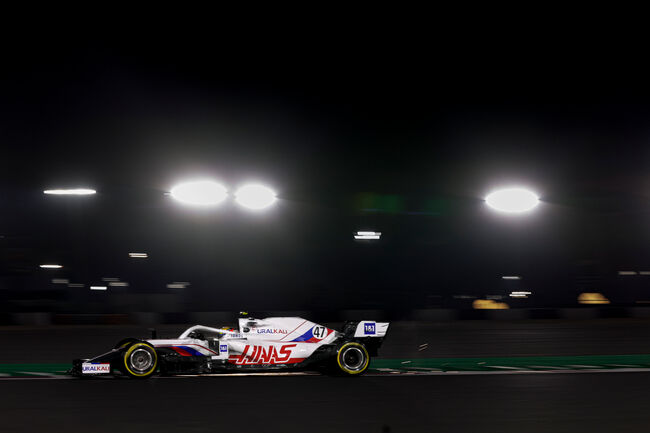 It was a great effort from Russell to return to his old habit of beating Latifi and reaching Q2.

In the race, Russell lost ground at the start and was aggressive by pitting early to try and undercut his rivals. It backfired on Lap 49/57 when his left-front Hard tyre gave way.

For Williams and Russell, it didn't mean too much since they struggled for pace once again in the race.

Mazepin had a horrible build-up to qualifying as engine and chassis issues meant he had done only 15 laps of the Losail International Circuit before Saturday evening.

He was a long way off the pace over one lap and the race, which is understandable considering his lack of track time. 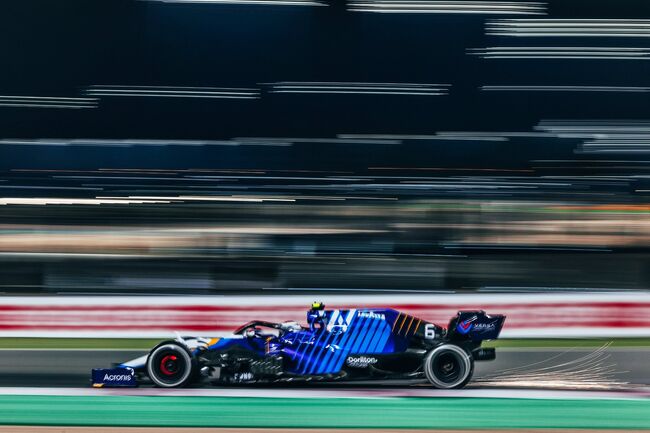 Latifi copied Russell's strategy and it had the same consequences, except the Canadian suffered his puncture on the exit of the final corner so was forced to try and limp all the way back to the pit lane.

Instead, Latifi pulled off in the middle of the lap to officially retire for only the second time this season.

It's tricky to rate Bottas because he was a long way behind in qualifying and had a scruffy start to his race, having been demoted three places.

Early on, it seemed Bottas was going to have one of those races where he got stuck in a DRS train. However, once he got by Tsunoda, he was on a charge.

A puncture likely cost him a podium finish which had big implications for the Constructors' Championship as Mercedes lost ground to Red Bull, rather than extending their advatnage.