Exclusive interview with former Minardi racer: I had hoped for Verstappen as a teammate

Former Minardi racer Gianmaria Bruni has said he wished he had hoped to be teammates with Jos Verstappen during his only season in Formula 1. 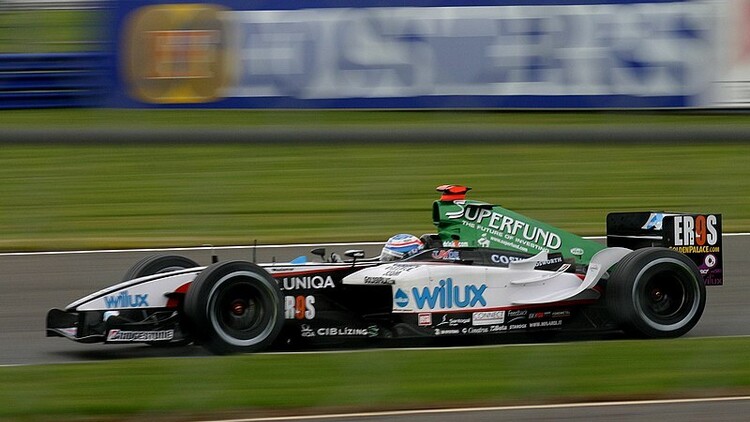 Gianmaria Bruni is something of a forgotten name these days, with the 39 year old's Formula 1 career now firmly behind him.

The Italian driver got his chance to race in F1 in 2004, joining Minardi as the team began to enter their death throes. It was an entirely forgettable campaign, with Bruni and teammate Zsolt Baumgartner toiling at the back, although Baumgartner would manage a solitary point at the US Grand Prix.

Bruni, speaking in an exclusive interview with RacingNews365.com, reflected on his time in Formula 1, and revealed that he took the decision not to continue racing with Minardi in 2005.

"I got the chance to drive in Formula 1 in 2004 and, of course, I immediately took that opportunity," Bruni explained.

"After that season I was able to renew my contract with Minardi, but I didn't. The car was simply not good enough. and that is why I decided to take a step back and continue in the GP2 category. There I took several more victories and even drove with a then new Trident team."

Bruni had hoped to be able to partner the experienced Jos Verstappen in 2004, from whom he wanted to learn. But, instead, both Bruni and Baumgartner were left to find their way by themselves, with neither having any F1 experience from which to draw from.

"I would have liked to ride with Verstappen at Minardi, he was an experienced and fast driver," Bruni explained.

"It would have been better for me to have him as a teammate than Zsolt Baumgartner. He was not seen as very strong by the outside world and so I couldn't show myself, after all I could only beat him.

"In 2003 I was still the test driver of Minardi and so I was able to keep a close eye on Jos. He was, after all, the leader of the team. With his experience he helped the team forward, he knew what had to be done. I didn't learn anything specifically from him at the time, as I only got the chance to observe him after the Friday practice sessions. Of course I did, but unfortunately we didn't become teammates a year later. " 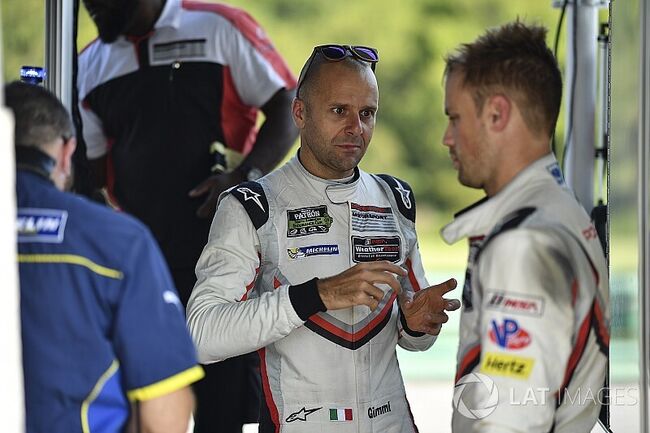 Although Bruni was disappointed by the slow Minardi car, he is still grateful to Giancarlo Minardi for the opportunity he got to drive for the team.

The three-time GT Le Mans winner is also proud of what Giancarlo Minardi has meant for Italian motorsport: "He has done a lot for Formula 1, but especially for Italian motorsport. He gave Italian talents like me a chance and that was not only true for drivers, but for all members of the team."

Bruni revealed that he is still in contact with some of his old team members, some of whom are still with the now AlphaTauri team.

“I still have some contact left and right with the guys who worked for the team at the time and many of them now work for other teams in Formula 1, such as AlphaTauri, but also for Ferrari, for example.

"You don't see a team like Minardi in Formula 1 anymore. Minardi did everything itself, while you now see that some teams are privateers, but are always supported by the bigger brands.

"The most interesting thing about it is to see that we were, for example, with Minardi about three seconds slower than the fastest teams, but that now also with a team like Haas, despite the support they receive."

Bruni himself is still active as a Porsche driver in both the SportsCar and the FIA ​​World Endurance Championship (WEC), so it is not always easy to follow everything in Formula 1.

"Coincidentally we did another test in Aragon this week and in the coming weeks I will be doing some tests and races again," he said. "I always look forward to racing again."