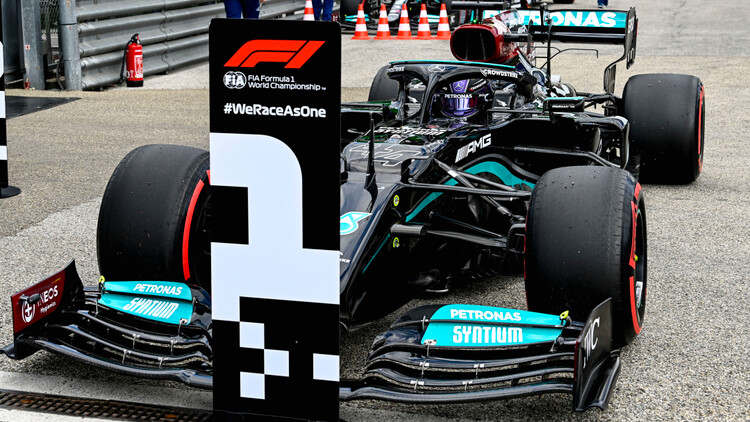 Eddie Jordan would pick Lewis Hamilton over Michael Schumacher, with the German's checkered past being one of the primary reasons the former F1 team boss' choice.

With both Hamilton and Schumacher currently on seven world titles apiece several have tried comparing the two drivers. The Englishman is currently in redhot form claiming his 100th pole position in the sport and is set to hit the same tally with regard to his race wins as well. Schumacher on the other hand sits in second on the all time list for both Grand Prix wins and poles. Jordan though highlights another aspect where the British driver comprehensively beats the German legend.

"Both are unique, so it makes me almost schizophrenic to have to choose a winner but I choose Hamilton," Jordan told F1-Insider.

The Irishman proceedes to explain that Hamilton's cleaner driving record was a major factor in his decision to go with the reigning world champion.

"Lewis never won his titles in a collision like Michael in Adelaide in 1994," Jordan explained.

"Lewis' time at Mercedes was never tarnished by rumors of cheating. I still remember how much Michael suffered when Benetton was accused of using illegal traction control in 1994. And his time at Ferrari didn't quite go by without someone pointing a finger at the red one."

"These speculations shouldn't diminish Michael's performance. Both are quite simply very big in their profession."

That being said the founder of Jordan Grand Prix believes there is another man who is above these comparisions, Brazillian legend Ayrton Senna.

"Ayrton Senna is out of competition for me," Jordan said.

"He was a magician in every way. He died far too early to be able to evaluate him objectively. Had he not had an accident in Imola, he would have ended his career with much more than his three world championship titles. You can't prove that, but I'm sure of it."