Anthony Davidson says Fernando Alonso must wonder what might have been, as Honda climbed to World Championship level after he walked away from a Honda-powered car. 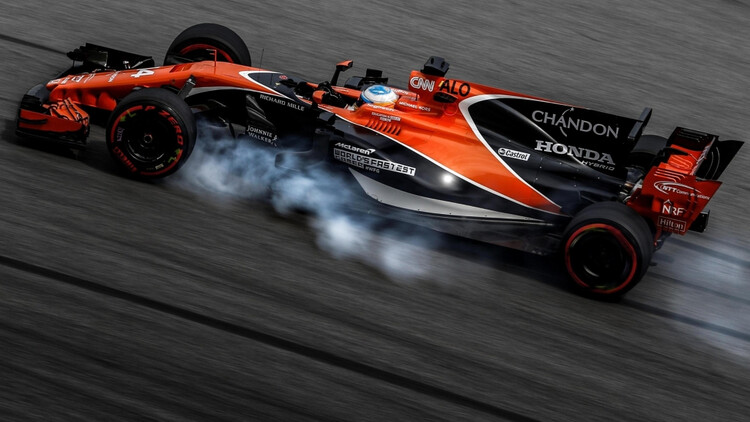 Anthony Davidson reckons that Fernando Alonso proved a little too impatient about waiting for Honda progress, with the Spaniard infamously branding the manufacturer's power unit a "GP2 engine" as he drove for McLaren-Honda between 2015 and 2017.

With Honda and McLaren splitting as a result of their increasingly sour relationship, Honda partnered up with Red Bull's junior team in 2018 and joined the senior outfit in 2019. Race wins followed almost immediately and, in 2021, Max Verstappen won the title powered by Honda.

Davidson, a former F1 driver before switching to sportscar racing and an F1 broadcasting career, believes Alonso must wonder 'What if?' after seeing the improvements from the Japanese manufacturer.

"I wonder how he has looked at Honda's performance over the past year," Davidson told Motorsport.nl.

Davidson worked with BAR-Honda for years in the 2000s, as well as driving for Honda-backed project Super Aguri 15 years ago.

"From my past experience with Honda, I know that sometimes it can take a while to see progress, but in the end they always get it done," he explained.

"You just have to let them find their way and do it their own way.

"I wonder if Fernando is now like, 'If only I had been a little more patient and given it a little more time'. Of course, no one can see into the future.

"But I'm curious how he looked at Honda, now that they had such a strong power unit. Would he think things like, 'If only McLaren had kept working with Honda and I had just kept driving there?'

"If they still had that power unit in the car and Fernando would still have driven there, we would probably have had a very different scenario now."

Honda believe that, even if the McLaren partnership had continued, title success wouldn't have been forthcoming.

But Davidson feels that McLaren could have been stronger than they are now, had they continued with Honda.

"McLaren would have gotten the factory backing from Honda that Red Bull had had in recent years," he said.

"Of course, McLaren is currently running a Mercedes engine that is as strong as the Honda power unit. But it is also about extra budget that they would otherwise have had. That is perhaps the most important point.

"Otherwise, they could have invested the money they spend on leasing engines in the development of the car."

With Honda formally walking away after winning the title, their intellectual property remains in the sport as they will continue to work with the newly developed Red Bull Powertrains on the team's engine supply for another few years.

"It's a shame they are leaving," said Davidson of Honda's F1 departure.

"I had a great time with them myself and learned a lot when I drove for them. Many of the faces from then were still there last year.

"It's a shame they're leaving just now that they've come up with an incredible power unit that rivals that of Mercedes. It is always a shame if someone leaves after they have just accomplished something amazing."