Chip Ganassi Racing's Marcus Ericsson has won his maiden IndyCar race, taking victory in Detroit after a red flag stoppage took Will Power out of contention 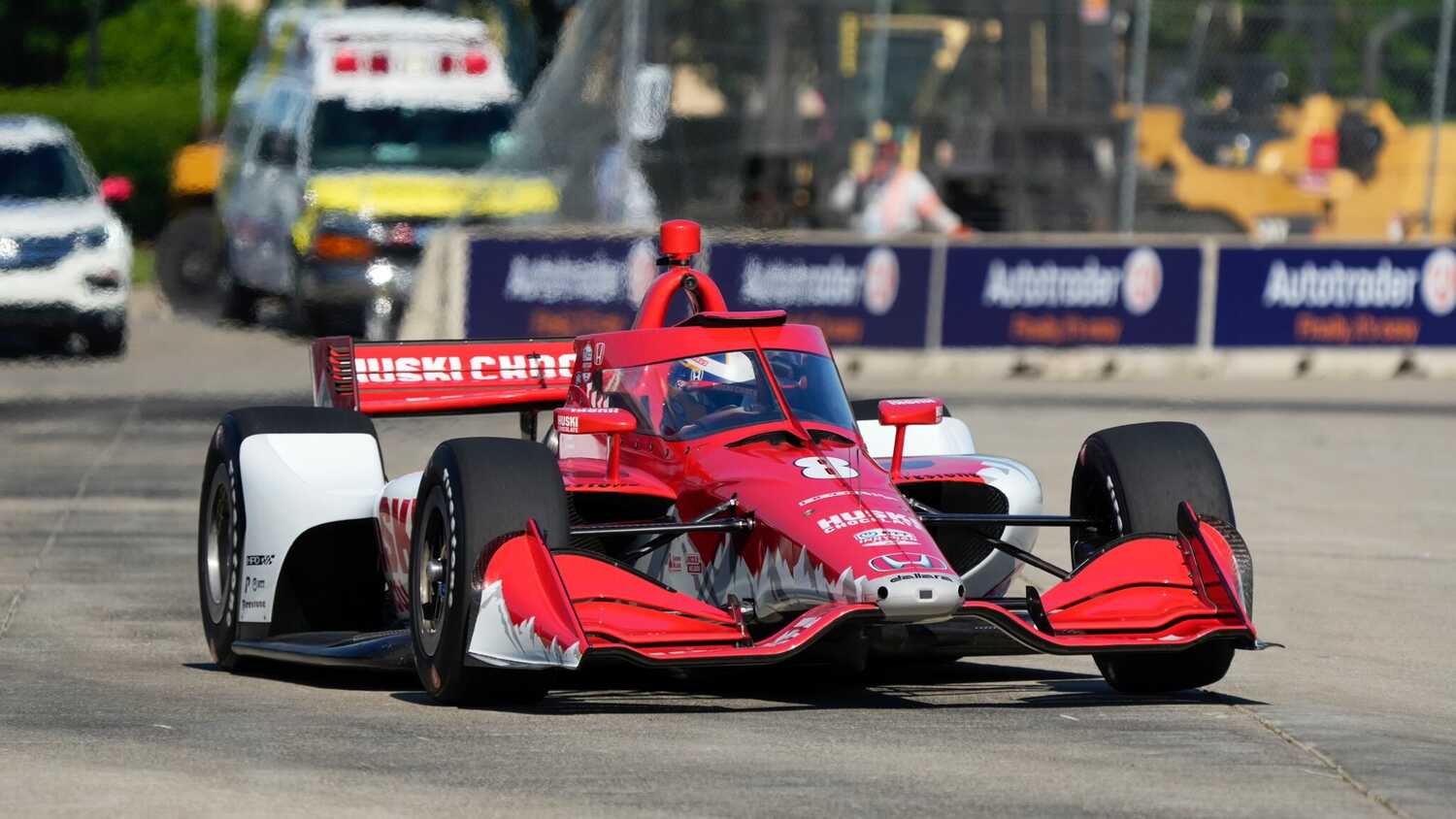 Marcus Ericsson has become a race winner once again, a decade after his last win in GP2 back in 2013. The Swedish driver held off a late challenge from Rinus Veekay and Patricio O'Ward to hold firm at the chequered flag.

Ericsson, who started 15th, made his way through the field as the race unfolded before a mid-race red flag due to a huge crash for Arrow McLaren's Felix Rosenqvist. The Swede has been taken to hospital for precautionary checks after his throttle stuck open, but IndyCar doctors have said his condition is largely OK.

With Will Power rising to the lead after the red flag stoppage, the Australian assumed control of the race with Ericsson closing in behind Power. Entering the final quarter of the race, Rinus Veekay was also able to join in the battle at the front, while Takuma Sato rose to fourth.

With Power and Ericsson slightly pulling clear of Veekay, Sato climbed to third with an aggressive pass on the Dutch driver, but it appeared to be Power vs. Ericsson with six laps to go.

That was until Romain Grosjean crashed into the wall, and brought out the red flags as a result. The cars filed back to the pits, with Power gesturing for fans to be put on his car to cool it. When the field were given the green light to go again, Power's car refused to fire up as he suffered an apparent ECU failure due to the heat.

Weathering the pressure, Ericsson crossed the line to win his maiden IndyCar race ahead of Veekay and O'Ward.