Enzo and Jarno Trulli enjoy F4 success: This came as a total surprise

Enzo Trulli won the Formula 4 championship of the United Arab Emirates earlier in February. RacingNews365.com caught up with young Enzo and his father Jarno Trulli, who drove for Renault, Jordan and Toyota in Formula 1, after winning the prestigious title. 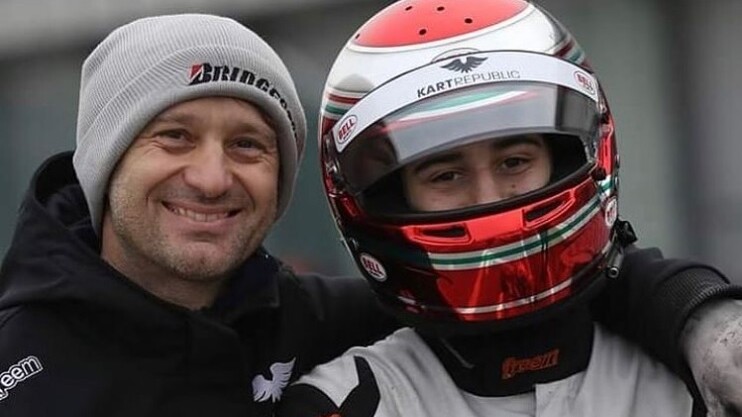 The disbelief was evident in Jarno Trulli's voice when RacingNews365.com asked him about the outstanding performance of his son, Enzo Trulli.

"Gosh, winning this championship really came as a total surprise to us," Jarno stated. "Not only for me, but also for the team and for Enzo himself. We left for the United Arab Emirates with the aim of gaining as much experience as possible for Enzo. It was impossible to predict that he would suddenly manage to win the UAE Formula 4 championship."

Son Enzo echoed those sentiments, highlighting how his father's experience helped him settle into his surroundings.

"I mainly came to learn in the Formula 4 championship, but luckily I picked up on everything quickly," Enzo, who's already hard at work in Italy training for next season, said. "The experience my father has gained during his racing career was of course very useful. I certainly see him as an example and I try to learn from him as much as possible.

"Of course I have to stay fit, because I will also compete in the Spanish Formula 4 championship this year. I want to prepare for that as well as possible."

Despite the good performances, Trulli isn't looking too far ahead into the future. According to the 15-year-old starlet he still has a long way to go in order to follow in his father's footsteps.

"The road to Formula 1 is very long and I really have to take it step by step," Enzo added. "I am of course very happy with winning the title in the UAE F4 Championship, but I also know that I still have a lot to learn."

According to proud father Jarno, his son must be especially satisfied with how well the transition from karts to Formula cars went.

“During the months in the UAE I was really surprised at how quickly he got the switch from karts to Formula cars under control," Jarno said. "It was much quicker than expected. I mean, he still has so little experience and suddenly it all went so well. Enzo will have to continue with great focus and then we'll see where that will take him."

Although Trulli has signed a contract in the Spanish Formula 4 championship, it isn't certain whether the Italian will only compete in that class this season.

"Everything went so fast for Enzo this winter that there now seems to be other options," father Jarno pointed out. "We will have to sit down for that, because of course we have to make the right choices. For now, at least we have the contract in the Spanish F4 championship in our pocket.

"It was nice to see how people from the sport reacted to Enzo's performance, which of course makes me very proud. I am very happy with how everything went and I look forward to seeing him in the coming years. We are going to look at everything step by step."

Trulli remains very modest, characteristic of his calm character. The Italian himself was the teammate of two-time world champion Fernando Alonso for years and now the Spaniard is Enzo's idol.

"Of course I have spoken and seen Fernando several times in my life," Enzo concluded. "If you ask me who is my idol on the current F1 grid, it's Fernando!"