Ecclestone: Vettel wasn't treated the way he deserved at Ferrari

The former Formula 1 boss believes Vettel was not supported enough during his time at Ferrari and revealed he texted the four-time world champion after his podium at the Azerbaijan Grand Prix. 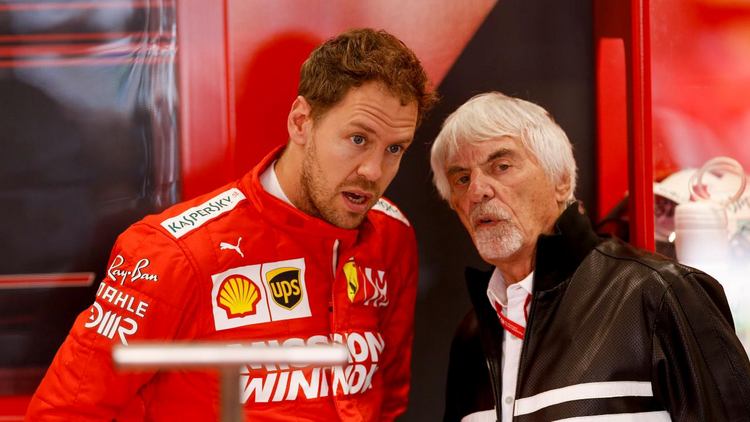 Former F1 supremo Bernie Ecclestone feels Sebastian Vettel was not treated correctly at Ferrari which is why he helped keep him in the sport.

Vettel's relationship with Ferrari appeared to deteriorate over 2019 and 2020 after a period of success and title challenges against Lewis Hamilton, only to fall short in the second half of the season.

"Sebastian came as a four-time world champion," Ecclestone told Bild. "He was not treated the way he deserved. He lacked support and affection.

"Just last year he was left alone. That's why I tried in the background to keep him in Formula 1 and to accommodate him in a good team. I wanted him to be happy again."

Vettel joined Aston Martin and picked up his first podium with the team at a dramatic Azerbaijan GP. Ecclestone congratulated Vettel and believes it was a sign that he can return to his best form that saw him win four consecutive titles.

"I congratulated Sebastian in a text message and wrote: 'It looks like you are slowly becoming the old one again,'" added Ecclestone.

"The team just needs to get it all together [so he can win races]. I very much hope that Aston Martin will provide him with a car that can win as soon as possible."