Driver of the Day: Norris shines in Austria once again

Although he wasn't optimistic about his chances of finishing on the podium after qualifying, Lando Norris's efforts on Sunday saw him finish third in Austria to take RacingNews365.com's Driver of the Day. 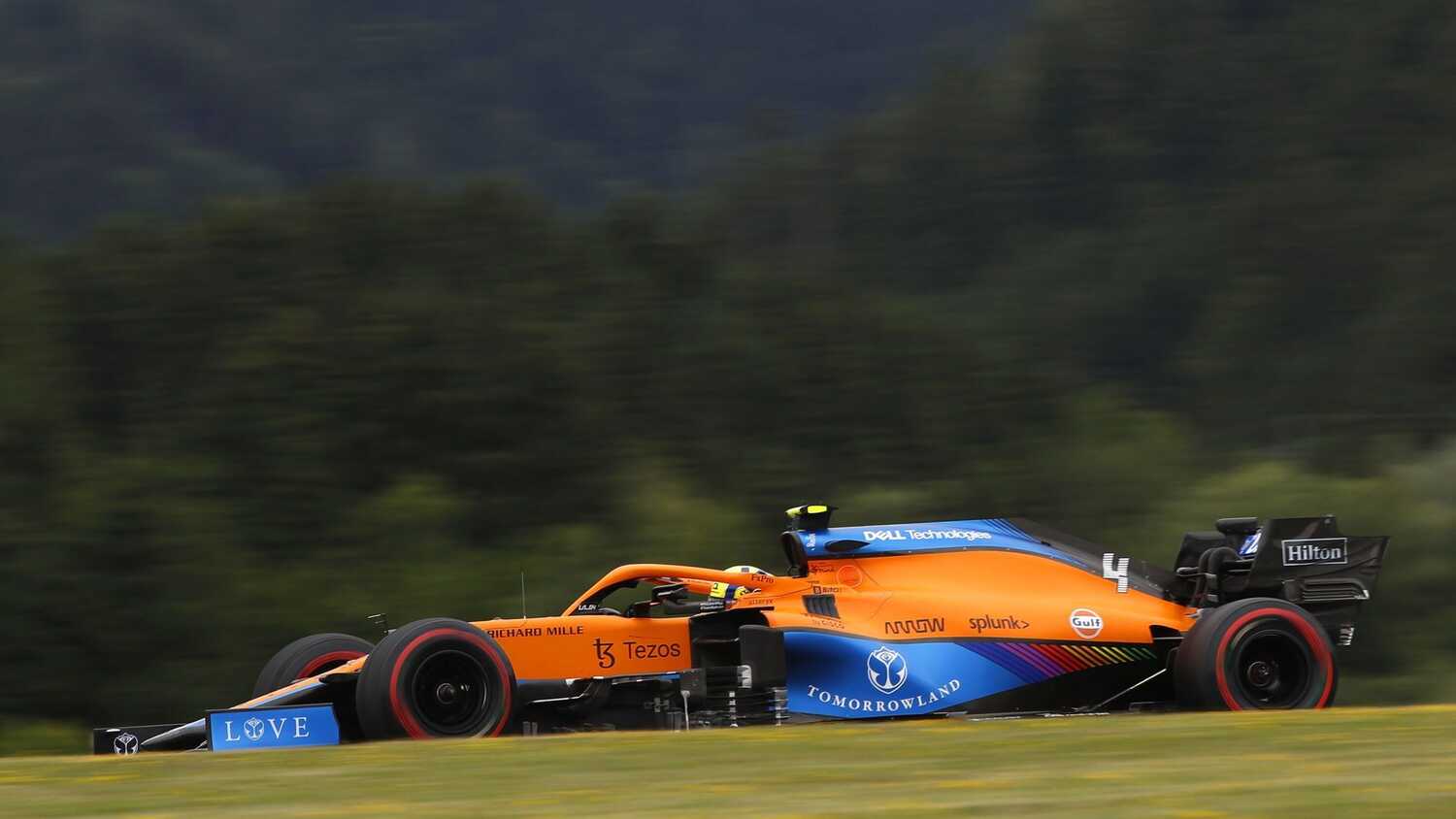 Safe to say that Lando Norris enjoys racing around the Red Bull Ring after adding another F1 podium to his tally by finishing third at the 2021 Austrian Grand Prix.

The Briton secured his first career podium at the same venue last season, and he added another first at the Red Bull Ring on Saturday - qualifying on the front row of an F1 grid for the first time after finishing with the second fastest time behind Max Verstappen.

While the result certainly caught the attention of many on the grid, Norris wasn't all that optimistic about his chances in the race given the pace of the Red Bulls and Mercedes cars. That went straight out the window on Sunday, as Norris kept his cool off the line and kept his position.

However Norris' race was dealt a blow after an incident on Lap 4 with Sergio Perez, as the McLaren driver tried to keep the Mexican at bay after the Safety Car re-start. The British driver kept his ground and the Red Bull ended up in running through the gravel, however a stewards' investigation resulted in Norris being handed a five-second penalty.

While the penalty ultimately prevented the McLaren driver from finishing second, as Valtteri Bottas overtook him during the pit stops, it doesn't take away from Norris performance as he once again showed why he is one of F1's brightest prospects.

"I want to say a big thanks to everyone, all the fans," Norris told RacingNews365.com and other members of the media after the race. "It was a lot of fun, it was a good race, it was exciting.

"But I’m disappointed because we should have been second place. I thought that Lap 1 was just racing really. He [Perez] tried to go around the outside, which was a bit stupid, and he ran off the track himself. I didn’t even push him. I don’t know. I’m frustrated but I’m also happy with third. We had very good pace and I’m happy.

"It’s probably the first race in many years that we were racing the Mercedes and the Red Bulls but yeah, hopefully we can keep it up next time."

Sunday's result means Norris sits just three points back of Perez for third in the Drivers' Championship, making him the top driver that doesn't race for Red Bull or Mercedes. With F1's first triple header of races now over, Norris and McLaren will look to regroup and do it all again in a fortnight at the British Grand Prix.