Red Bull's Max Verstappen has said that his crucial pass at the start of the Mexico City Grand Prix meant he could concentrate on using his car's pace. 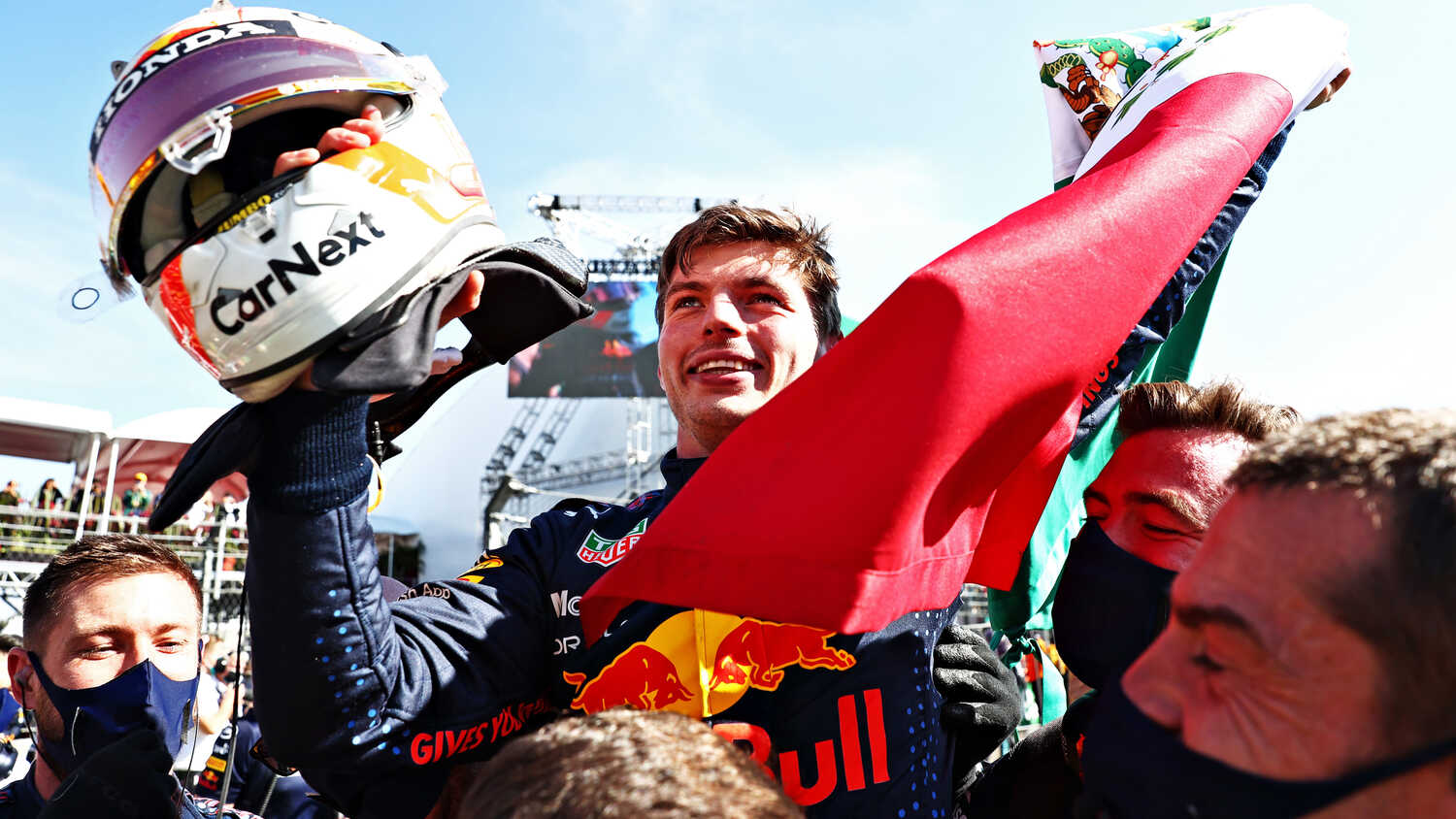 Red Bull driver Max Verstappen says the double pass that moved him from third to first on the opening lap of the Mexican Grand Prix allowed him to exploit the inherent pace of the RB16B.

Having qualified in third, Verstappen made a strong start and used the slipstream to get alongside the two Mercedes cars into Turn 1. Picking his braking point perfectly, he swooped across to claim the racing line and the lead ahead of title rival Lewis Hamilton.

From there, he was untouchable for the rest of the race and came home more than 15 seconds clear of Hamilton.

"It was nice to be three-wide and it was all about trying to brake as late as you can," Verstappen said after the race.

"I kept it on the track and went from third to first and that was basically what made my race, because then I could just focus on myself. We had incredible pace in the car, so I could do my own thing.

"It was actually quite straightforward, so that's really nice."

Verstappen not quite thinking about the title

With Verstappen's championship lead up to 19 points with four races remaining, the Dutch driver admitted that things are starting to go Red Bull's way.

"But, also, it can turn around very quickly. I'm looking forward to Brazil, I've lots of very good memories there."

With Verstappen getting a rapturous response from the crowd, he said that having the support of the Mexican fans had made the event memorable.

"It's incredible," he added. "Having Checo [Perez] as a teammate, coming here to Mexico is amazing. But even before that already, all the time the fans here have been incredible. It's really, really nice to be here."